“Since taking office, this administration has released more than $1.5 billion for capital improvement projects across the state, investing in priority improvement and upgrades that will directly benefit the people of Hawaii,” Gov. Abercrombie said. “These projects are contributing to Hawaii’s improving employment and economic growth, predicted to outpace the national growth rate over the next year.”

Allotment of funds for the following priority projects, identified by members of the state Legislature, has been approved by the Governor:

Here are highlights of capital improvement projects for DLNR 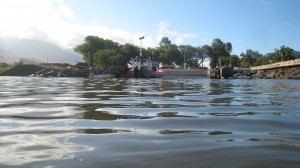