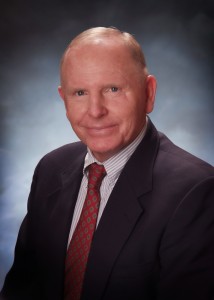 Member Stanley Roehrig is a senior attorney from the Big Island involved generally in civil jury trial work for the past 49 years.

Born and raised in Manoa, Member Roehrig and his wife Jan moved to Hilo in 1966.  He served as Public Defender, then as a member of the State House of Representatives from Hilo for eight years as Chairman of the Agriculture and Judiciary Committees.  He has been in private law practice in Hilo since 1967.  He is presently Of Counsel at Bickerton Lee Dang Sullivan & Meheula.

As a member of the Plaintiff’ Bar, Member Roehrig has participated in numerous jury trials involving personal injury, products liability, and quiet title actions.  Since the late 1960’s he has represented the Hawaiian community in quiet title actions.

Member Roehrig has paddled in the Moku O Hawaii Canoe Racing Association for Keaukaha Canoe Club since the 1980’s and was a long time Big Island surfer.

Member Roehrig is married with three children and three grandchildren.  He and his wife Jan live in Keaukaha, Hilo, Hawaii.