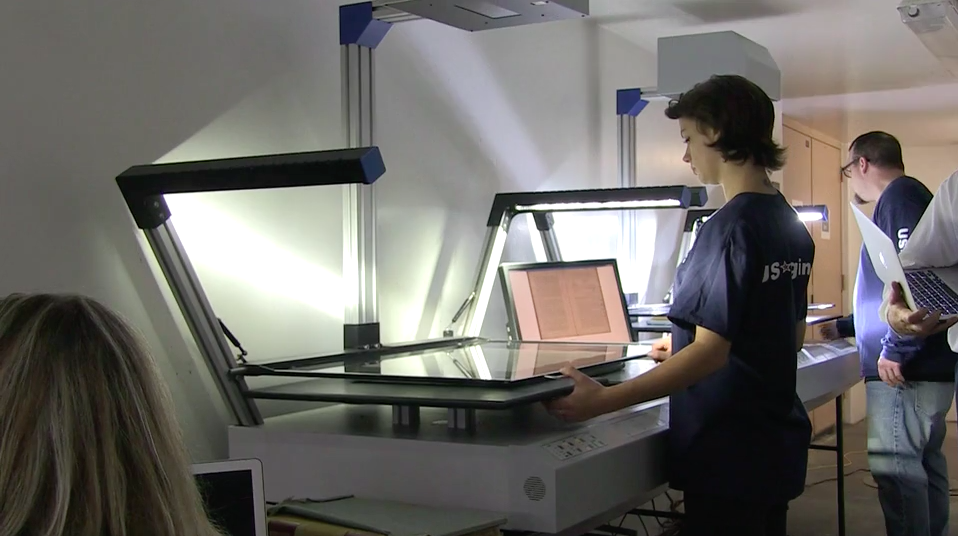 (Honolulu) – The State Bureau of Conveyances, one of the divisions of the Dept. of Land and Natural Resources, is now in the second phase of a four-phase project to convert more than 170 years of vital state records into permanent, digital format. The Hawai‘i Bureau of Conveyances is the only single statewide recording office in the country. It examines, records, and indexes more than 344,000 land and property documents and maps each year and it issues Land Court Certificates of Title and certifies copies of matters of record.  On a daily basis, the Bureau of Conveyances inputs 1,100-1,500 documents and its documents date back to 1845.

Leslie Kobata, the acting Bureau of Conveyances Registrar, explained, “Our conversion of documents to digital started with 35 million microfilm images. The microfilms are the original back-ups to the 5,500 reference books that date back to the mid-1800s. The second phase of the digital conversion was the scanning of each of those books and the number of pages is staggering: an estimated 3.3 million plus. The goal is to have all of these important historical and legal documents properly preserved and in a format that is easily accessible by anybody.”

The Bureau of Conveyances hired U.S. Imaging, a Michigan based company and for the first two phases has spent approximately $1.35 million on the project. Kobata added, “The importance of the partnership with them is that we’re working with a company that does this type of work solely across the country. U.S. Imaging has many years of experience and completed projects under its belt and when they began work here in Hawai‘i some of the practices and innovations that they’ve adopted and applied from that experience actually saved the State some money.”

In late 2015, a team from U.S. Imaging began scanning 15,000 rolls of microfilm land records from 1845-1991. Teams of two people worked around the clock, seven days a week and completed the process in a month.  U.S. Imaging President Scott Robinson said, “Scanned images are stored on our servers, as well as on ‘M disk,’ the first digital format that is truly archival. It is estimated M disks will last more than 1,000 years, because data is physically etched into the disk. This makes them much less light sensitive and susceptible to environmental conditions like heat, moisture, and humidity.”

Then, over the past month, another team of U.S. Imaging workers completed scanning of the thousands of reference books.  Operating in a temporary enclosure in the below-ground parking area of the Kalanimoku State Office Building on Punchbowl Street, they too worked around-the-clock shifts. Some of the challenges they faced were documents that were too light or had corrupted images. Robinson explained, “With most scanners on the market, when you put the paper into the glass guides, the fiber comes off, builds up and causes streaking on the scanned pages.  So you’d have to constantly stop and clean or change glass guides.  Now using the highest tech, German-made scanners available, there are no glass guides and the scanner is able to pick up 16,777,216 colors in the spectrum, compared to 256 shades of gray in the scanning of microfilm.”

DLNR Chair Suzanne Case commented, “The upcoming phase three of this project will be to make sure all the scanned images are enhanced and in a form and format best possible for reproduction and access. At this point they can be viewed digitally at the Bureau of Conveyances. Phase four will be to make all of the scanned documents accessible to anyone with a computer.  While the Bureau of Conveyances will maintain all of the historic reference books and microfilm, this digitization project ensures the preservation of some of Hawai‘i’s most important and vital historical records.”

The Bureau of Conveyances public reference room is open Monday-Friday (except for state holidays) from 8:15 a.m. – 4:15 p.m. Reference books and microfilms will remain available for review.