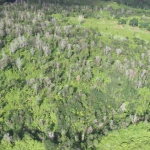 Hundreds of Thousands of ‘Ōhi‘a Trees Killed by Mysterious Disease

(HONOLULU) – Rapid ‘Ōhi‘a Death, is a mysterious disease that has already killed hundreds of thousands of Hawaii’s iconic and native ‘Ōhi‘a, the backbone of Hawaii’s native forests and watersheds.

Posted on Dec 8, 2015 in Announcements, featured

(HONOLULU) – Two massive, twin-rotor, CH-47 Hawaii Army National Guard Chinook helicopters airlifted some one hundred tons of fence panels, poles, and associated equipment to two separate locations in the Koolau Mountains on Oahu. The materials will be used to erect predator-proof fencing in the Poamoho Forest Reserve and the Kaluanui Natural Area Reserve (NAR), both units of the DLNR Division of Forestry and Wildlife (DOFAW). 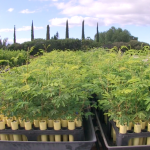 Posted on Dec 7, 2015 in Announcements, featured 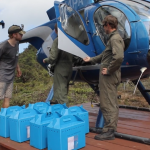 Posted on Nov 3, 2015 in Announcements, featured

Kauaʻi, Hawaiʻi, November 3, 2015) A historic project more than 30 years in the making took place on Kauaʻi’s north shore on Monday when 10 downy endangered Hawaiian Petrel chicks were flown by helicopter from their montane nesting area to a new colony protected by a predator-proof fence at Kīlauea Point National Wildlife Refuge. 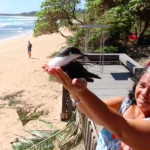 LIHU'E – Seven fledgling ‘A‘o (Newell’s Shearwaters) were released by school children from two Kauai schools this week as part of the annual E Ho‘opomaika‘i ‘ia na Manu ‘A‘o (A Cultural Release of the Native Newell’s Shearwater) event. This is the eighth year the Kauai Endangered Seabird Recovery Project (KESRP) and the Save Our Shearwaters (SOS) project teamed up to give local keiki the chance to be a part of the release of rehabilitated ‘A’o fledglings. Fourth-grade students from Wilcox Elementary School and Island School participated in the blessing and releases. 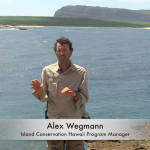 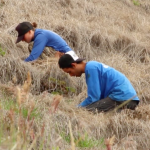 Posted on Sep 2, 2015 in Announcements, featured

(KAHULUI, MAUI) – The Nakula Natural Area Reserve (NAR) on the Leeward slopes of Maui’s Haleakala covers 1500 acres and spans elevations from 3600-9200 feet above sea level. The Nakula NAR was established in 2011 and is adjacent to the Kahikinui Forest Reserve. Both are components of the Leeward Haleakala Watershed Restoration Partnership (LHWRP). 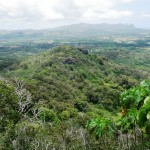 Posted on Jun 6, 2015 in Announcements, featured 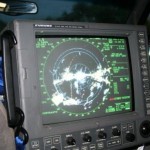 Posted on May 25, 2015 in Announcements, featured, Wildlife

LIHU 'E – Annual seabird radar monitoring work has now begun in conjunction with the start of the breeding season for both both ‘A‘o (Newell’s Shearwaters) and Ua’u (Hawaiian Petrels) on Kaua’i. This is a project of the Kauai Endangered Seabird Recovery Project (KESRP).