Native Hawaiian yellow-faced bees in the genus Hylaeus (Hymenoptera: Colletidae) have adapted to a wide array of habitat types ranging from coastal strand to high elevation wet forests. These solitary bees are important pollinators of native Hawaiian plants and trees in every environment in which they occur. Early naturalist R.C.L. Perkins described Hawaiian yellow-faced bees as “almost the most ubiquitous of any Hawaiian insects” during surveys he conducted in Hawai‘i during the late 19th century. However, like much of the native biota, yellow-faced bees, once so abundant across the Hawaiian Islands, have experienced dramatic range reductions, population declines and possibly extinctions over the last 100 years. As a consequence, thirty-three yellow-faced bee species were placed on the U.S. Fish and Wildlife Service Category 2 candidate list, and were later reclassified as “Species of Concern” (SOC) in 1996. In March 2009 an invertebrate conservation organization, The Xerces Society, petitioned for the federal listing of seven species of yellow-faced bees, citing that there are sufficient data which show the species to be at imminent risk of extinction. In June 2010, the U.S. Fish and Wildlife Service responded by publishing a 90-day finding for the seven species (Hylaeus anthracinus, H. assimulans, H. facilis, H. hilaris, H. kuakea, H. longiceps, and H. mana).

We propose to assess the presence and distribution of 19 native Hawaiian yellow-faced bee species (Hylaeus spp.) on lands adjacent to military installations on O‘ahu and Hawai‘i Island. Five of these species (H. anthracinus, H. assimulans, H. facilis, H. kuakea, and H. mana) are currently under review for endangered species status; the remainder are species of concern or otherwise rare, and therefore may appear in future endangered species proposals. The discovery of populations on adjacent lands will enable greater flexibility for the Army and Navy to conduct offsite mitigation if the yellow-faced bee species are listed. Alternatively, if many additional populations of a given Hylaeus species are discovered, it is possible that the species will not be recommended for listing. In either case, information obtained during the course of these biological surveys will enable continued use of O‘ahu and Hawai‘i Island military lands for training, and facilitate military preparedness in Hawai‘i and the greater Pacific region. 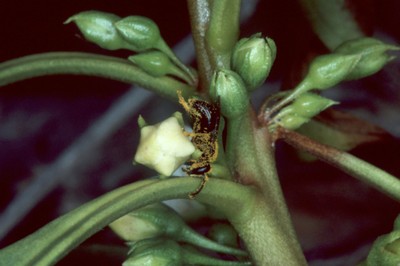 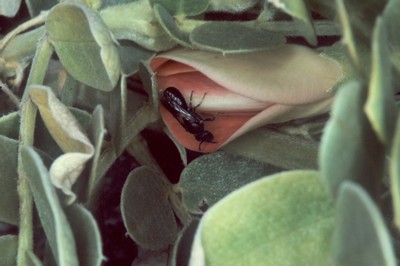