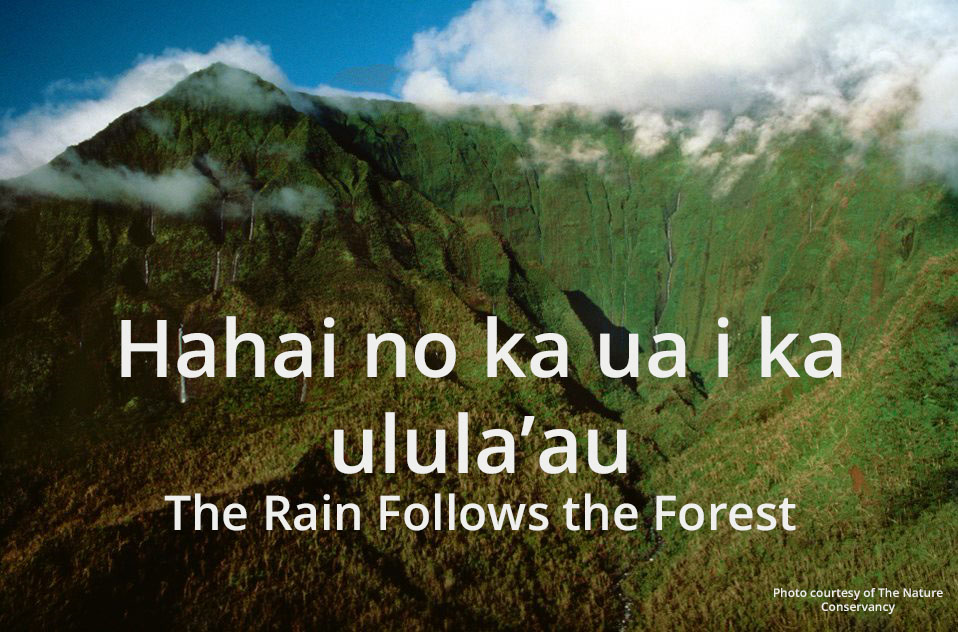 Before humans arrived, Kauai’s native ecosystems covered the island. Over 5 million years, thousands of new species of birds, bats, plants, and insects evolved in this remote island. These unique plants and wildlife were specialized into climate zones based on rainfall – roughly divided between wet, mesic (or moist) and dry climates.

The mesic forests were the middle ground between the wet and dry areas, so contained the most different species (or biodiversity). Since humans colonized Kauaʻi, over 78% of Kauaʻi’s native forest has been lost, and the remaining forests are rapidly disappearing due to introduced hooved animals like goats and pigs that trample and eat native plants, as well as fires, invasive species, and other threats. 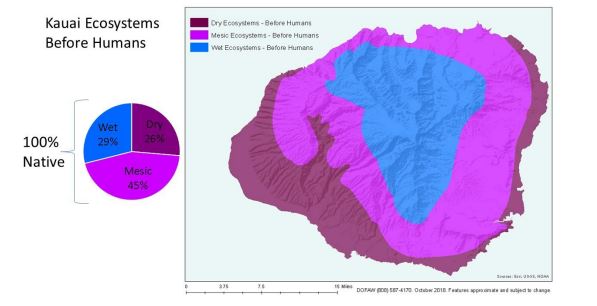 The dry forests have almost completely disappeared. The mesic forests, which once covered almost half of Kauai, are reduced to only 3% of the island. Only 3% of Kauai’s original native forests are protected from hooved animals by fences. Those protected areas are primarily in wet forests deep in the remote Alakai, and almost no mesic or dryland forests are protected. Every day, more forest is being lost as wild goats, deer, and pigs roam across the island. 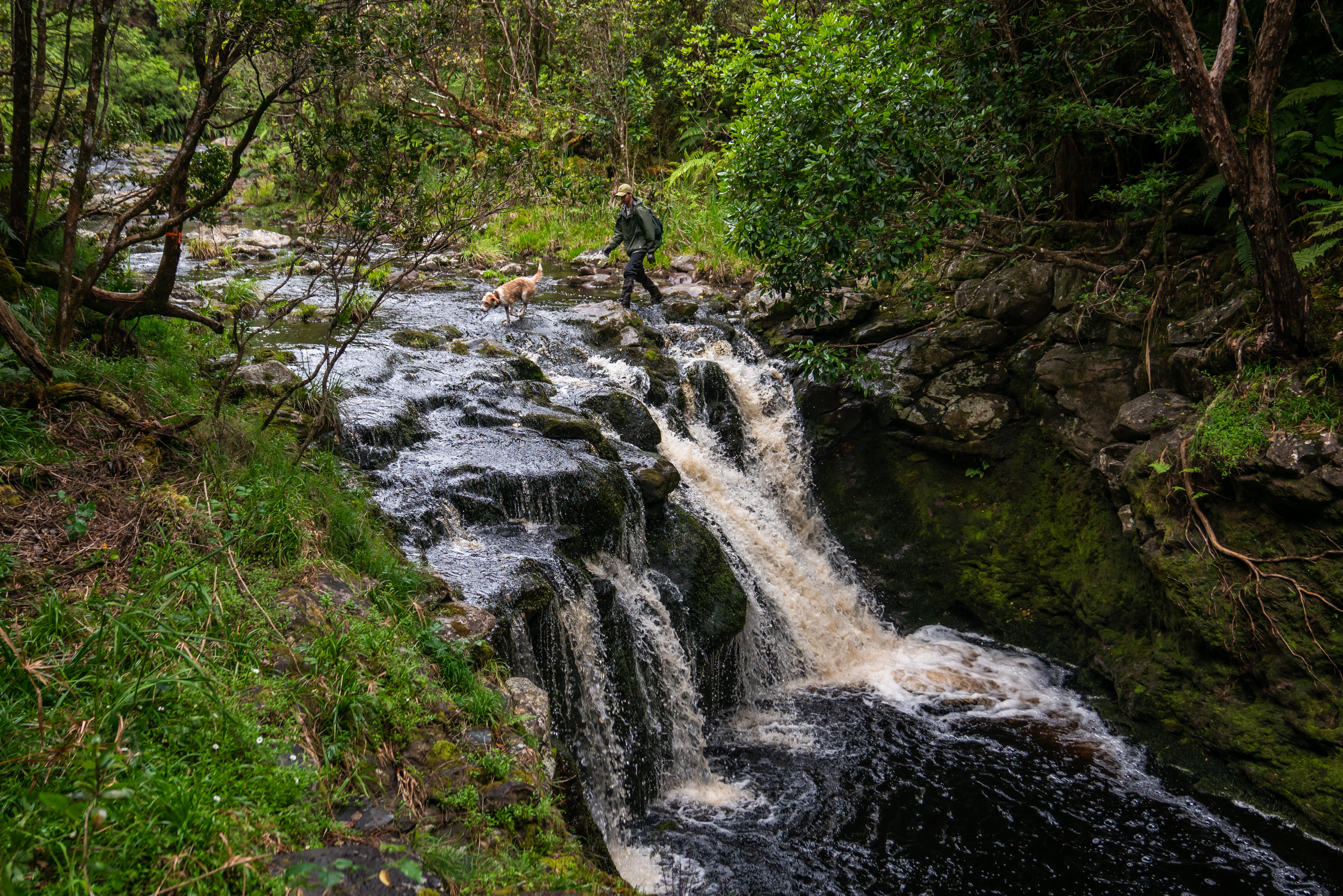 Learn more about the importance of watershed forests