The Kaulunani Advisory Council is composed of a diverse group of professionals representing a range of sectors and experience across Hawaiʻi. Applications for new Members are accepted on a rolling basis. 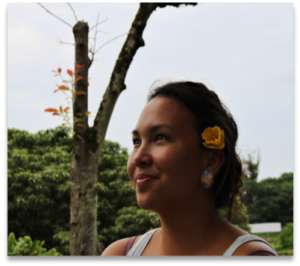 Alex Puanani Connelly is from Koʻolaupoko, Oʻahu. She serves as the E Alu Pū network coordinator for Kuaʻāina Ulu ʻAuamo, a local non-profit that works to empower Hawaiʻi communities to improve quality of life through caring for our biocultural heritage. The E Alu Pū network is an intergenerational learning network of community projects, families, groups, and organizations involved in stewardship of our island resources mauka to makai. Alex joined the Council in 2013 because she believes urban forestry informs our sense of place and sees it as a way for people to connect with our native trees, their uses and manifestations in our daily lives. Alex has many favorite trees but wants to highlight the endemic and undervalued lonomea (Sapindus Oʻahuensis)a serious street and shade tree contender! Alex is a mother of two and dances with Hālau Mōhala ʻIlima. 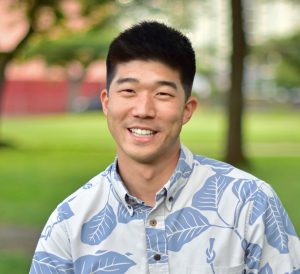 Colby Takeda is a senior manager with Blue Zones Project, a well-being initiative that shares practices from the longevity hot-spots—blue zones—around the world. In this role, he works in communities across Hawaii to develop innovative programs, cross-sector partnerships, and effective health policies to improve well-being and make healthy choices easier.

Colby enjoys working with the bookend generations—youth and older adults—and advocates that people of all ages should have safe, enjoyable, and equitable access to green space. In his spare time, Colby volunteers with several non-profits that support community health, education, workforce development, and business. After completing his undergraduate studies at Willamette University, Colby earned his Master of Business Administration (MBA) from the University of Hawai’i Shidler College of Business and his Master of Public Health (MPH) from the University of California, Berkeley School of Public Health. 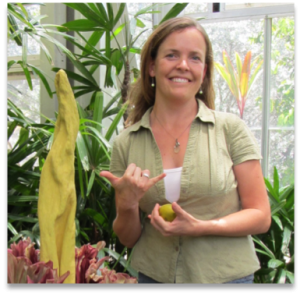 Danielle Frohlich has over 18 years of experience in the fields of invasion biology, plant taxonomy, ecology, and public outreach. She has extensive experience identifying plant species from tropical regions of the world. Danielle has assisted policy makers, federal and state agencies, landowners, and management organizations throughout Hawaiʻi and internationally in horizon scanning for potential invasive species, policy development, and invasive species control.She worked for Oʻahu Invasive Species Committee and Bishop Museum’s Herbarium Pacificum as the Project Coordinator for the Oʻahu Early Detection program for 9 years and is now the Lead Botanist and Invasive Species Program Specialist at SWCA Environmental Consultants, where she serves as the lead technical expert for a 10-year invasive species management plan with the Hawaiʻi Department of Transportation. Her favorite tree is mangosteen, because it has beautiful foliage and delicious fruit. 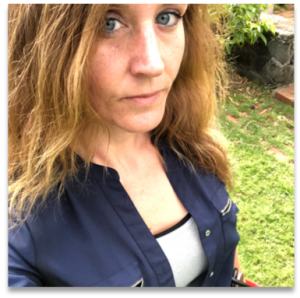 Desireé Page is a Certified Arborist working in Oʻahu’s urban forests since 2010. Before relocating from her home state of Illinois, she achieved a Bachelor’s Degree in Agricultural Science/ Urban Forest Management at Western Illinois University in 2008, and became an ISA Certified Arborist in 2009. Desireé took her first job in arboriculture in 1998 as a groundman, dragging brush for a small company, and has held a position in the industry ever since. She started climbing trees in 2006. Shortly after moving to Honolulu she began working with the Tree Care Division of a family owned landscape company in 2011. After 7 years of employment, she parted with her role as Operations Manager to accept the position of System Arborist with Hawaiʻian Electric. Desireé has been serving on the board of the Aloha Arborist Association since April of 2016 and will begin serving her second year as President in April, 2019. 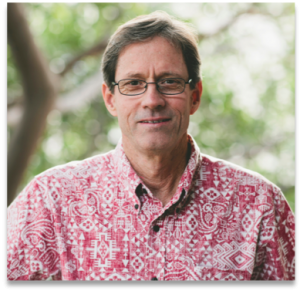 DOFAW Board Member since 1992

David Smith is the Forestry and Wildlife Administrator for the Department of Land and Natural Resources’ Division of Forestry and Wildlife, a position he has held since 2015. He was born and raised on the windward side of Oʻahu, graduated with a bachelor’s degree in biology in 1982 and began working as an ecologist, with contract positions at the Hawaiʻi Institute of Marine Biology, The Nature Conservancy of Hawaiʻi and the U.S. Fish and Wildlife Service. He has been with the Division of Forestry and Wildlife since 1988, working as a wildlife biologist, forester, natural area reserves manager, wildlife manager, and forestry and wildlife branch manager. He is also a journeyman carpenter, and a certified arborist with the International Society of Arboriculture. David has hands-on experience managing forest ecosystems, wetland and seabird sanctuaries, and public hunting areas, and is experienced in forest ecology and integrated resource management. He spends his spare time paddling outrigger canoes, climbing trees, and working on his house. His favorite tree is milo (Thespesia populnea) for its coastal riparian habitat, medium-sized growth form, deep green foliage, relaxing shade-tree characteristics, and rich red/brown wood. 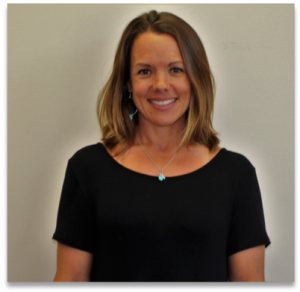 Jen Maydan joined Maui’s Long Range Division of the Planning Department in May 2014 with a passion to work with communities to plan for a resilient, healthy and equitable Maui. She has over 12years of experience in community planning working on projects including the Maui Island Plan, Lanaʻi Community Plan, Molokaʻi Community Plan, and West Maui Community Plan. Previously, Jen was a planner with Chris Hart & Partners, where she worked on community plans, master plans, environmental assessments, and development entitlements.Jen earned a Bachelor’s in Natural Resources from Colorado State University and a Master’s in Urban and Regional Planning from the University of Colorado at Denver.  She is a certified member of the American Institute of Certified Planners and Chair of the Healthy Eating Active Living  Coalition for Maui, Molokaʻi and Lanaʻi.  Jen lives in Haiku with her husband and son and is thankful to be able to raise her son on Maui where she was born and raised. Jen’s favorite tree is koa because of its majestic beauty and steadfast strength. 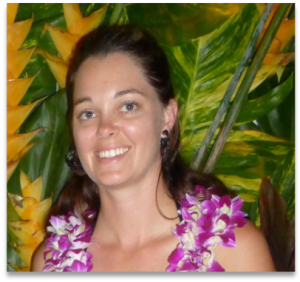 DOFAW Board Member since 2012

Irene Sprecher is the Forestry Program Manager for the State of Hawaiʻi, Department of Land and Natural Resources Division of Forestry andWildlife. She is responsible for overseeing the management and protection of the public and private forest lands in Hawaiʻi, which includes the Department’s largest land designation, the Forest Reserve System.

Irene has been with DOFAWfor over ten years working in a variety of positions, all of which have supported management of Hawaii’s forests and watersheds. She recently obtained a Master’s of Natural Resources from Oregon State University for her work on Hawaiʻian sandalwood, and has a Bachelors from the University of Hawaiʻi focused in Forest Ecology and Human Stewardship of Natural Resources. In addition to spending time neartheocean and in forest of Hawaiʻi, Irene spends her weekends working onhome improvements projects as a new homeowner. 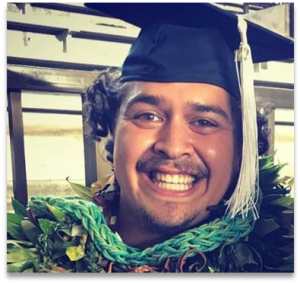 Kialoa Mossman is a graduate student at the University of Hawaiʻi at Manoa’s Department of Urban and Regional Planning.  He received hisbachelor’s degree in Anthropology from the University of Hawaiʻi at Hilo. Kialoacurrent workspart time as the cultural and natural resource InternforKamehameha Schoolsand joined the council because he recognizesthe importance of our urban environments but believes, like our kupuna, the built environment must work in tandem with the natural environment, specifically the indigenous and endemic species of our Hawaiʻi landscapes. Kialoa’s favorite tree is the Ohi’a for so many reasons, but mainly because of its ability to create entire forests as a pioneer plant. 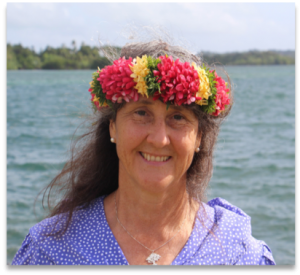 Katie Friday’s contribution to Kaulunani is perspective across disciplines and programs, between islands and over time. She has worked in forestry and agroforestry the Pacific since 1985, including service in the Philippines with the US Peace Corps, and several roles with the USDA Forest Service cooperating with state and island forestry agencies in Hawaiʻi, Micronesia and American Samoa. As program manager for Forest Stewardship and Forest Legacy, her primary focus is now extension to landowners and forest acquisition.  Katie is co-located with research scientists at the USFS Institute of Pacific Islands Forestry in Hilo. Her favorite tree is coconut, icon of the Pacific, traditionally known as the “Tree of Life” for its water, food, and fiber. Today, freshly sprouted nuts are green cairns on trails across new lava in Puna. 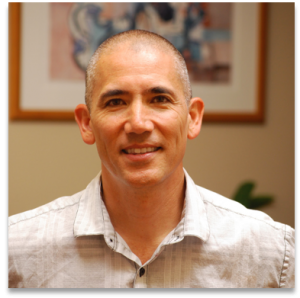 Leonard Bisel is a principal in the landscape architecture firm, b+k design group, llc.  Leonard’s professional work reflects an underlying belief in, and an understanding of the importance of applying regionally appropriate and sustainable design principles.  His work looks to incorporate elements or layers of the area’s cultural and historical past, while acknowledging the need to fit within the context of the surrounding environment.

Leonard is an advocate for smart growth and sustainable design.  He has led and participated in numerous organizations and community planning processes that foster and encourage these ideas.  Leonard is a member of the American Society of Landscape Architects and currently serves as Chairperson of the Hawaiʻi County Mayor’s Arborist Advisory Committee.  Leonard’s favorite tree is the lauhala because of its sculptural qualities and traditional significance.

Matthew Gonser joined the City and County of Honolulu’s Office of Climate Change, Sustainability and Resiliency, as the Water & Coastal Program Manager in October 2017. Among his many roles in the Resilience Office what gets him most excited is supporting the city’s Urban Forestry work and volunteering as a Citizen Forester!  Matthew is now in his second term with Kaulunani and joined because of the opportunities to improve our human environments with trees and to help spread the multitude of free benefits these environmental work horses provide.

Matthew earned a BS in Natural Resources Ecology and Management from Cornell University, and holds masters in both Regional Planning and Landscape Architecture, respectively, also from Cornell.His favorite tree is tulip tree because of foundational woodland walk memories with his wife. 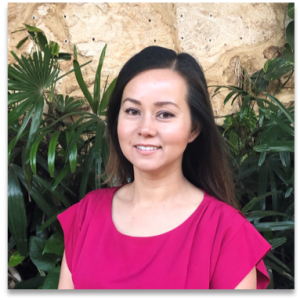 Marie Williams is from O‘ahu and currently manages the Long Range Planning Division at the Kaua’i County Planning Department. She holds a master’s degree in Urban and Regional Planning from the Georgia Institute of Technology. She joined Kaulunani in 2018 to promote urban forestry since trees and their shade are a critical part of any healthy community.

Marie is also is a board member of Kaua’i Path, and the Chair of Get Fit Kaua’i’s Built Environment Task Force. Her favorite trees are the Banyans which served as playgrounds in her childhood. 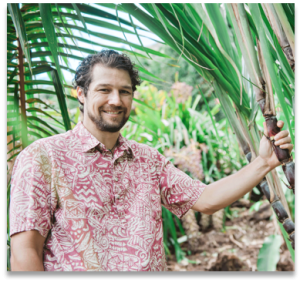 Noa Lincoln hails from Ke’ei, Hawai’i Island and is of Native Hawaiʻian descent. His current position is with the University of Hawai’i at Mānoa with a specialty in Indigenous Crops and Cropping Systems. He received his BS from Yale University in Environmental Engineering and his PhD from Stanford University in Interdisciplinary Resource Management. He works extensively with traditional and holistic agriculture and community-based food systems. He is president and founder of the Mala Kaluulu Cooperative, a board member of Ulu Mau Puanui and the Kona Producers Cooperative, and serves in an advisory capacity to several agricultural production organizations. Dr. Lincoln joined the Kaulunani Council to further contribute to the environmental, social, and cultural well-being of Hawai’i. Currently, his favorite tree is ‘ulu, which forms a central part of traditional Hawaiʻian agroforestry.

Terri Koike was born and raised in Honolulu. She received a Bachelor’s of Business Administration degree from the University of Hawaiʻi at Manoa with a major in Accounting and became a Certified Public Accountant in the State of Hawaiʻi in 1989.  She started working for the City and County of Honolulu in 1993 and with the Department of Parks and Recreation’s Division of Urban Forestry (DUF) in 2000. Terri is DUF’s Administrative Specialist II dealing with budgeting and personnel issues. After becoming more involved in operations to learn about urban forestry, she became an International Society of Arboriculture (ISA) Certified Arborist in 2003, obtained the ISA Municipal Specialist certification and became an ISA Exam Proctor in 2009, and added the ISA Tree Risk Assessment credential in 2014. Terri has been on temporary assignment as DUF’s Park Grounds Improvement Supervisor II in charge of the Arboriculture Section for the past several years. Terri has been serving ontheCouncil for three years and was just appointed to a new term.