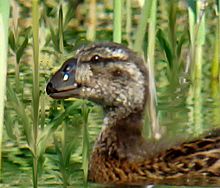 Prior to human arrival to the Hawaiian Islands, there were no land mammals that were native here. With no predators to worry about, bird life was abundant. There were millions of seabirds that nested here, a wide array of forest birds, and even multiple unique species of flightless ducks, such as the Moa-Nalo on Kauaʻi, which was 3-4 feet tall! 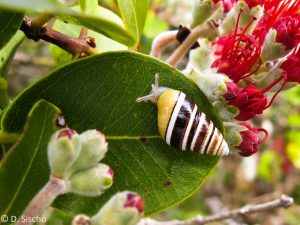 Hawaii’s tree snails are known to be “The Jewels of the Forest”.

Other native animals that thrived in the Hawaiian Islands include huge and diverse populations of land snails. There were >750 identified species of snails across the Hawaiian Islands, many found no where else in the world.  DLNR’s Snail Extinction Prevention Program was established to protect remaining snail populations.

Many people are surprised to find out that there are no native reptiles or amphibian species in Hawaii, other than marine reptiles such as sea turtles. And many of the commonly seen birds in Hawaii are introduced, some of which compete and/or predate on native birds, snails and insects.

See below for some of the rare and beautiful native birds that are still found on Kauai, and some of the introduced species that threaten their existence. DOFAW Kauaʻi is managing high priority habitats to preserve and protect native animals.