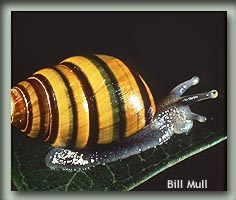 The Hawaiian Islands display a rich biodiversity arising from a variety of factors, including the remoteness of the islands, millions of years of isolation, varying amounts of rainfall, diverse topography, and the pattern of volcanic activity. This biodiversity includes a high percentage of endemic plants and animals. The high level of endemism means that for many species, the responsibility for their continued existence is solely up to us. This is true for both extremely rare species, such as the O‘ahu tree snails Achatinella, as well as for more common species, such as the forest bird ‘Apapane (Himatione sanguinea).

Recognizing the need to take action to protect these species, the first step used to identify Hawai‘i’s Species of Greatest Conservation Need was the list of indigenous wildlife of Hawai‘i contained as Exhibit 1 of the Hawai‘i Administrative Rules Chapter 124. This list includes terrestrial mammals and marine mammals and marine reptiles only. Additional native species were identified and added based on their presence on the following lists:

For any terrestrial indigenous species not represented by any of the lists, their status as indigenous automatically included them as Hawai‘i’s Species of Greatest Conservation Need. For aquatic fishes and invertebrates only endemic species were added to the list. In addition, the Division of Aquatic Resources also included native species on the International Union for the Conservation of Nature and Natural Resources’ (IUCN) Threatened Red List, and the Convention on International Trade in Endangered Species. Finally, they developed a Statewide Aquatic Wildlife Conservation Strategy (SAWCS) Advisory Council to advise on additional species that were at risk due to specific threats. The SAWCS Advisory Council is a panel with representatives from federal and state agencies, resource user groups, and non-profit organizations that helps DAR develop its CWCS.

Additional species considered must meet one or more of the following biological criteria:

Migratory bird species with irregular or insignificant presence in the State (species for which we would not likely develop management strategies) were not included on the list. Introduced species, which by their nature do not represent the natural biodiversity of the State, are not included.

Including all of Hawai‘i’s native terrestrial species as “Species of Greatest Conservation Need” recognizes the uniqueness of Hawai‘i’s natural environment and ensures that information gaps and conservation needs regarding these species are addressed. The preliminary decision to identify “Species of Greatest Conservation Need” in a broad and inclusive manner was made based on consultation with DLNR agency staff and from informal discussions with staff from partner organizations familiar with Hawai‘i’s wildlife. It is believed that developing a Wildlife Strategy for a broad range of Hawai‘i’s native species, rather than focusing on simply those species already identified as threatened and endangered, will best contribute to the long-term protection of Hawai‘i’s overall natural biodiversity.

Based on public feedback we also included plants and algae in a Flora Species of Greatest Conservation Need. Currently, only the fact sheets related to the Genetic Safety Net Species are available. However, at a later date we hope to add the ecological information listed for the entire flora SGCN list. Flora were chosen as Species of Greatest Conservation Need based on the following criteria:

LISTS OF SGCN (FLORA AND FAUNA):