Posted on Jan 17, 2019 in Announcements
DEPARTMENT OF LAND AND NATURAL RESOURCES
News Release 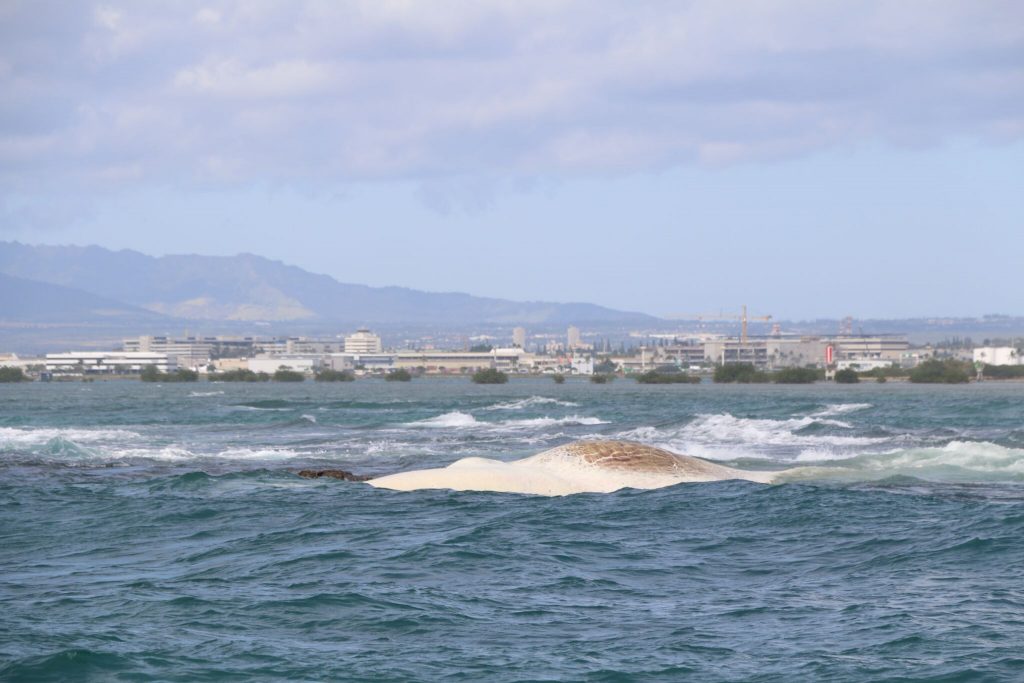 DOCARE Chief Jason Redulla said, “If this incident or any others happened within State waters, state laws come into play.  Additionally, since sperm whales are protected by the federal Marine Mammal Protection Act and Endangered Species Act, any violations could bring about federal charges as well…no matter whether they happen within state jurisdiction or further out to sea in U.S. waters.  The video of this man standing on top of the carcass is a clear violation of the law and it is also extremely culturally disrespectful.”

Malia Akutagawa, a member of the Kia‘i Kanaloa network said, “Whales are akua Kanaloa, sacred kinolau (physical manifestations of the ocean god Kanaloa. To disturb the remains of this palaoa (sperm whale) is disrespectful and a desecration.”

NOAA and DOCARE officers have copies of the video as well as photographs of the boat the man was riding on.

The carcass, first spotted more than a week ago, was towed out, 15 miles into the open ocean last Saturday after landing on rocks at Sand Island State Recreation Area.  Over the last few days southerly currents have again brought it closer to land.  It is now resting on a reef off O‘ahu’s south shore.  DOCARE, NOAA, biologists from the DLNR Division of Aquatic Resources (DAR) and the University of Hawai‘i Mammal Stranding Team, assessed the carcass today and determined any attempt to tow it was not feasible because of unsafe sea conditions. They’ll try to tow it again once calmer seas return. They remind anyone tempted to touch the whale or remove any of the remains could face federal and state charges that could mean hefty fines and jail time.