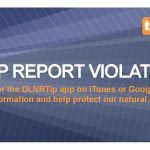 (Honolulu) – Last weekend a man sent DLNR Chair Suzanne Case photographs of two hammerhead sharks, left dead near the He‘eia Small Boat Harbor on Windward O‘ahu.  It’s impossible to determine how they died.  Were they hooked and discarded?  Were they caught up in a net?  Did someone kill them illegally?  This is exactly the kind of situation the DLNR hopes people will report immediately using its new DLNRTip app. 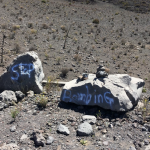 (Hilo)--The Department of Land and Natural Resources’ Division of Conservation and Resources Enforcement (DOCARE) is requesting the public's assistance in providing information related to a criminal investigation of Prohibited Activities in a Natural Area Reserve (NAR). 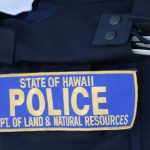 (Honolulu) – The DLNR Division of Conservation and Resources Enforcement (DOCARE) is recruiting candidates to fill approximately 25 (twenty-five) positions for Conservation Resources Enforcement Officers (CREO) II, III, and IV. DOCARE’s mission is to effectively uphold the laws that serve to protect, conserve and manage Hawaiʻi’s unique and limited natural, cultural and historic resources held in public trust for current and future generations of visitors and the people of Hawai’i nei. 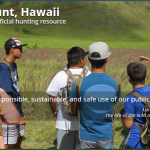 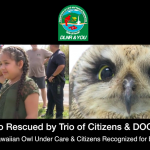 (HONOLULU) – When 7-year-old Malia Rillamas first spotted the bird, she pointed it out to her dad Jonathan. The family, from Haleiwa, pulled off the country road on O‘ahu’s north shore on the afternoon of Jan. 15, 2017 to see if they could help. A short time later Brian Smith of Wahiawa also pulled over. Together the trio watched as the pueo (Hawaiian short-eared owl), hopped across the road and ultimately into a deep roadside ditch. They discussed what to do and who to call and eventually called 9-1-1 which put them in touch with the DLNR Division of Conservation and Resources Enforcement (DOCARE). 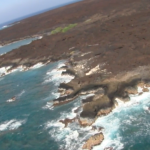 (Kahului, Maui) – Shoreline access to the ocean at the ‘Ahihi Kina’u Natural Area Reserve on Maui is again open. Access was restricted for nearly two weeks after a Humpback whale carcass washed onto shore on December 30, 2016.

HONOLULU -- A large quantity of copper wire was located today at Ke‘ehi lagoon area today by enforcement officers of the Department of Land and Natural Resources. 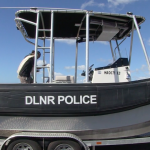 (HONOLULU) – They’re fast and stable; and given Hawai‘i’s frequently rough waters, the two new Sea Blade 23 law enforcement vessels acquired the DLNR Division of Conservation and Resources Enforcement (DOCARE), fit the bill. Today one of the 23-foot long, aluminum, center-control console boats, the Malama Kai II, was blessed during a ceremony at the Keehi Small Boat Harbor. It will be based on Oahu and used by DOCARE’s Marine Enforcement Unit. The other vessel has been in service at Kona on Hawai‘i Island for several months and will be blessed at a later date. Officers are using it there to enforce rules associated with swimming with dolphins and other marine animals, as well as for general law enforcement purposes. 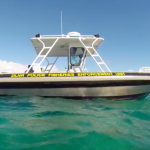 (Kahului, Maui) – The three DLNR Division of Conservation and Resources (DOCARE) officers, assigned to the North Maui Community Fisheries Enforcement Unit (CFEU) are all Maui natives. They have a real and special connection to the 17-miles of state-controlled ocean water on Maui’s north shore. The CFEU, a partnership between the state with initial funding from Conservation International and the Harold C.K. Castle Foundation, was established to put sharp focus on a heavily used area; both by people recreating and by fishers. It’s those who fish that Officers Jeffrey Kinores, Nathan Hillen, and Joshua Rezentes focus their efforts on. In the three years since the establishment of this special unit, they’ve been able to shift their attention from enforcement to outreach and education. Also, while the first two years efforts were focused on illegal netting, the favorable weather conditions this past year saw officers shift to monitoring diving activity. In CFEU’s first year of operations (2013-2014), officers issued 41 total citations; 22 were for net violations. For the period beginning in 2015 and continuing until today, they issued 31 citations, including seven for netting violations and 14 for diving violations. That includes illegal take of lobster and undersized fish or exceeding bag limits. 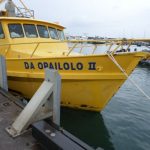