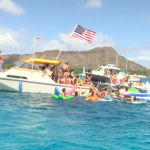 (HONOLULU) – Officers from the DLNR Division of Conservation and Resources Enforcement (DOCARE) patrolled on land and in the ocean on this Independence Day holiday to keep ocean users safe during what’s become known as the Waikiki flotilla or Floatopia. As of late afternoon only one person had been cited and no one had been arrested or injured as DOCARE officers focused on safety for the estimated 1000 people on boats, stand-up paddle boards, inflatable rafts, mattresses, and an infinite variety of floating toys. 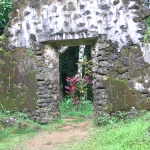 (HONOLULU) – Kaniakapupu, in the forest above Honolulu, in the Nuuanu district, is central to the story of modern Hawai‘i. Not only was it the summer palace of King Kamehameha III and Queen Kalama, it was the first government building built in western style with mortar and plaster. Completed in 1845, Kaniakapupu was the “scene of entertainment of foreign celebrities and the feasting of chiefs and commoners. The greatest was a luau attended by 10,000 celebrating Hawaiian Restoration Day in 1847,” (from a plaque erected on-site by the Commission on Historical Sites). Earlier it was the site of a notable heiau for Hawaiian royalty. 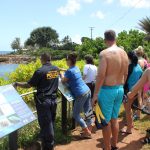 (HONOLULU) – Two DLNR Divisions and the Mālama Pūpūkea -Waimea Makai Watch program teamed up over the weekend for the first “Splash” event, created to continue support and evaluation of the Makai Watch program, provide education on rules and regulations, and also address people’s perceptions about the DLNR Division of Conservation and Resources Enforcement (DOCARE) in our local communities. 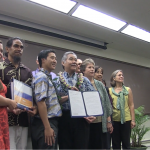 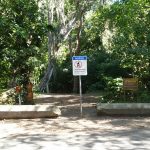 HONOLULU – The Department of Land and Natural Resources today posted the Judd hiking trail off Old Pali Road on Oahu as “CLOSED” until further notice due to a banyan tree which fell across the trail and Nuuanu stream this morning. A woman hiking the trail with eight companions was reportedly injured by the falling tree and assisted by Honolulu Fire Department. She was taken to a local hospital by Emergency Services in serious condition. No other injuries were reported. DLNR Enforcement division will further investigate this event. 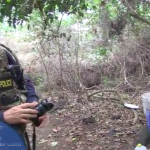 (HONOLULU) – Repeated sweeps of the Kalalau Section of the famed Napali Coast State Wilderness Park on Kauai since the first of the year, have resulted in 104 people receiving citations for unpermitted presence in the area. One man was arrested for four different violations. Under State law, only people with camping permits from the DLNR Division of State Parks can travel beyond Hanakapiai Stream, at the two-mile mark of the 11-mile-long trail. 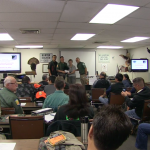 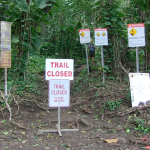 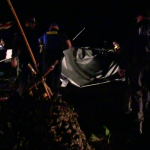 (HILO) - 19 officers from the DLNR Division of Conservation and Resources Enforcement (DOCARE), with support from four Hawaii Police Department officers and a ranger with the Office of Mauna Kea Management, conducted a third law enforcement operation in the restricted area covered by the 120 day emergency rule, passed in June by the state Board of Land and Natural Resources. 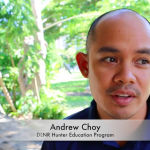 (HONOLULU) – One billion dollars – that’s how much hunters and anglers contribute each year in the U.S. toward fish and wildlife conservation programs through taxes on their sport-related purchases. National Hunting and Fishing Day began in 1972 as a way for states to recognize the contributions of sportsmen and women in wildlife conservation and restoration, hunter education and to the shooting sports. For 78 years the Pittman-Robertson Act (American System of Conservation Funding) has imposed a 10.5%-11% federal excise tax on the sale of firearms, handguns, ammunition, archery equipment and accessories. That’s resulted in contributions of $9.24 billion toward wildlife restoration projects, including an allocation to the states of $808 million in 2015.