The Makai Watch Brochure was created for outreach purposes related to the Makai Watch Strategy, MW sites, components of the MW program, and benefits to the community. 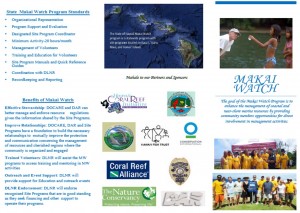 The purpose of this guidebook is to introduce Makai Watch volunteers to identifying regulated marine life and providing and overview of Division of Aquatic Resources (DAR)  rules related to marine life and fishing.

The 2010 Hawaii Coral Reef Strategy (HCRS) is the guiding coral reef management document used by the Division of Aquatic Resources’ with support from the NOAA Coral Reef Conservation Program. The HCRS was developed through a participatory process including DAR staff as well as other agency representatives, academics and NGO partners and regional experts. Prior to the completion of the HCRS, management efforts were informed by threat-focused Local Action Strategies (LAS’s).  While the HRCS prioritizes place-based stewardship efforts, it includes and incorporates actions and needs identfied by the LAS’s

Eyes of the Reef

Eyes of the Reef

Pollution, climate change, poor land practices and increasing recreational and extractive activities create environmental conditions on coral reefs that foster coral disease and coral bleaching, support the spread of invasive species, and threaten reef health. Detecting the early signs of these events on our local reefs requires a wide network of observers who provide regular reports of conditions throughout the region.  The Eyes of the Reef Network (EOR) has been designed to provide reliable reports on bleaching, disease, and Crown-of-Thorn Seastar outbreaks throughout Hawai‘i. 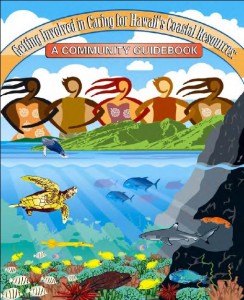 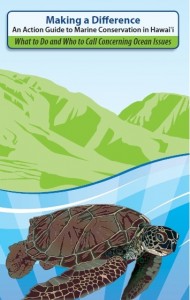 Administrative Rules are regulations established by the department through an extensive public review and hearing process. The procedure for administrative rules is set by Hawaii Revised Statutes Chapter 91. A proposed rule (or amendment) is drafted by the department, approved by the Board of Land and Natural Resources (BLNR) for public meetings/hearings, and reviewed by the Department of the Attorney General (AG). Then the draft is taken out to public meetings and/or hearings, where the public can give formal testimony on the draft rule. The rule is revised, if necessary, and then submitted to the Board of Land and Natural Resources for final approval. Then it is reviewed again by the AG, and after signing by the Governor and filing with the Lieutenant Governor, it has the effect of law.

This information is presented to acquaint sport and commercial fishermen with State laws and rules pertaining to fishing in Hawaii. It is not to be used as a legal document. Failure to include complete statutes or administrative rules in this summary does not relieve persons from abiding by those statutes and rules. Any discrepancies between this summary and the statutes or rules from which it was prepared will be enforced and adjudicated according to the official statutes and rules in effect on the date the activity took place. The full text of the statutes and rules is available for review at most public libraries in the State and at DAR and DOCARE offices. 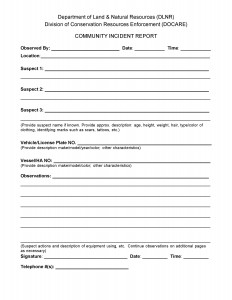