The Rapid Response Contingency Plan (RRCP) provides the Department of Natural Resources (DLNR), Division of Aquatic Resources (DAR) and its partners with a plan to respond to unusual events including coral disease, coral bleaching, and Crown-Of-Thorn Starfish (COTS) outbreaks.  It was developed through several workshops, which were held in 2007-08 and included managers, scientists, NGOs, and ocean users.

The framework that resulted includes three tiers of response levels: 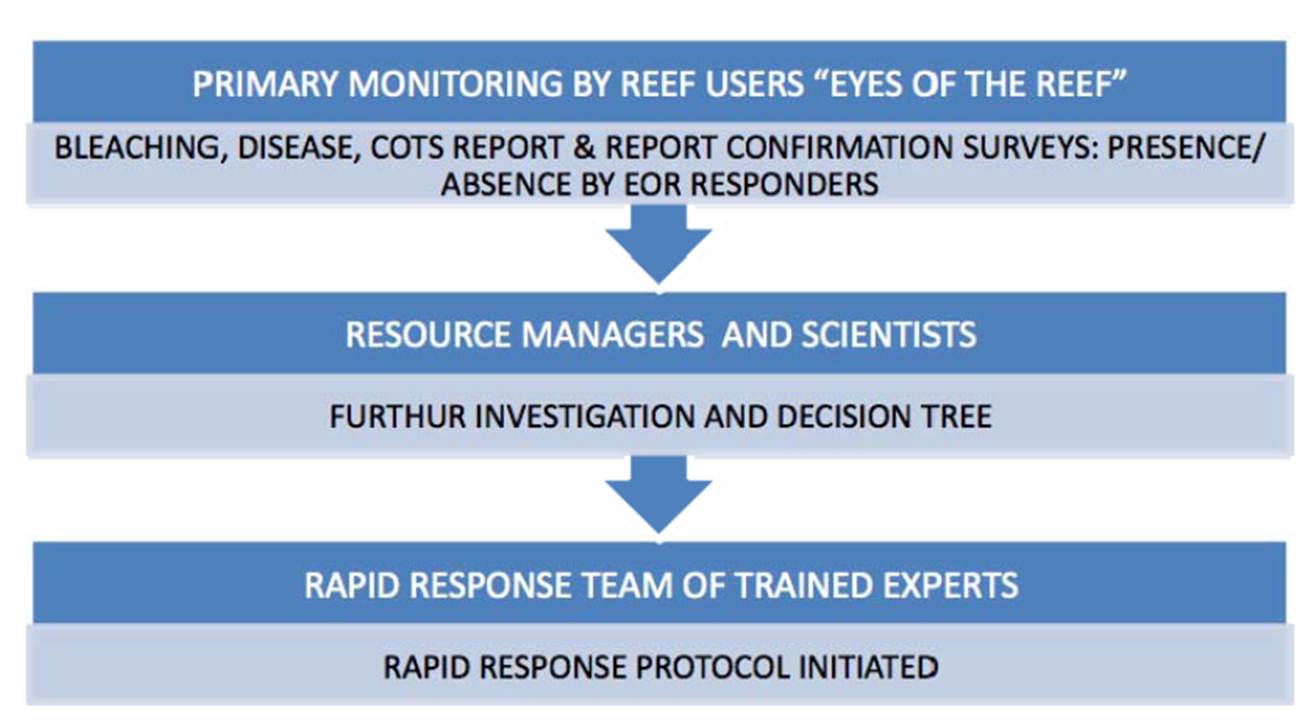 Major Components of the Plan:

Within the RRCP, protocols were developed to allow managers to respond to outbreak events in a timely and efficient manner. This included a Rapid Response Plan Coordinator, who is tasked with coordinating each response, using RRCP protocols.

The Rapid Response Plan Coordinator is responsible for assembling a Management Response Team for certain events, who will review data and determine if a rapid response should be initiated.  The Management Team will also meet to discuss the findings of the Rapid Response Team and to discuss management actions, follow-up monitoring, and communicating information to decision-makers, stakeholders, and the public.

If a more in-depth assessment is warranted, the Coordinator will facilitate the assembly of a Rapid Response Team.  Each island-specific Rapid Response Team is tasked with collecting all relevant biological information, collecting samples, and reporting of the initial findings to the Management Response Team.  They also conduct any follow-up monitoring and make recommendations as to best practices for allowing a rapid recovery of the reef following the event.