Vessel biofouling is the attachment of organisms to wetted areas of a ship or boat, usually below the waterline; this can include the hull, propeller, bilge keel, keel coolers, thruster, inlet gratings, anodes, sea chests etc.  Besides from being a biosecurity risk to the environment, biofouling can drastically reduce fuel efficiency, increase vessel output of carbon emissions, and compromise crew safety during transit. 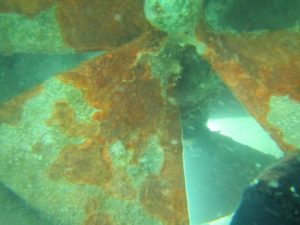 Biofouling reduction is primarily achieved through the use of antifouling coatings, applied in dry dock at regular intervals, which work either through chemical or mechanical means to discourage attachment or accumulation of fouling. Over the years, antifouling paint has changed due to studies that concluded these paints were leeching toxic compounds into the water. This was  not only killing the biofouling on vessel hulls but affecting water quality and marine habitats in the surrounding areas. These coatings have since been banned and new coatings have been created. 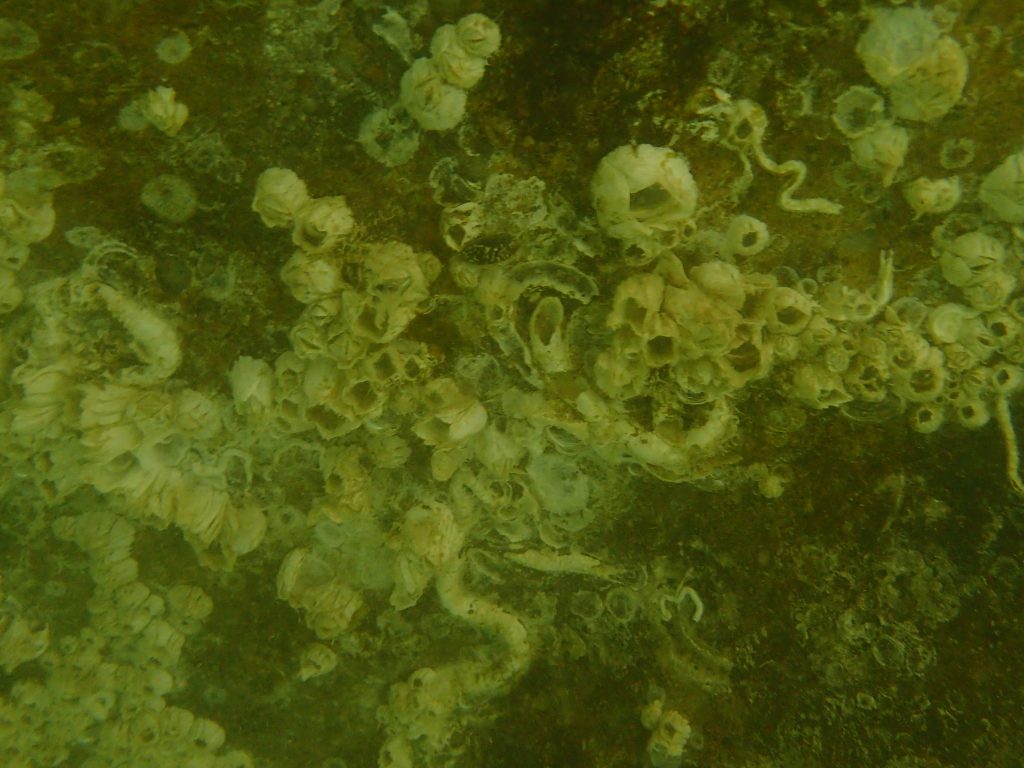 Varity of fouling organisms attached to the hull of a vessel.

Cleaning the hull of a vessel entails removing all the fouling organisms that have accumulated. As these organisms build up, they increase the drag on a vessel during travel, therefore decreasing the efficiency. Removing these organisms decreases drag and allows for less energy consumption, which, in turn decreases fuel use. The removal of biofouling can occur two ways.  The first is by dry-docking, which involves removing the vessel from the water and manually removing organisms on it’s hull and niche areas. The second is in-water cleaning (IWC), which usually occurs between dry dockings. In water cleaning typically involves divers that enter the water and clean the hulls of ships. However, there is also new technology which is beginning to allow for IWC to be completed using ROVs. In-water cleaning is faster and far less expensive compared to hauling out the vessel and cleaning in a dry dock. Dry dock cleanings are usually reserved for when anti-fouling paint needs to be reapplied. 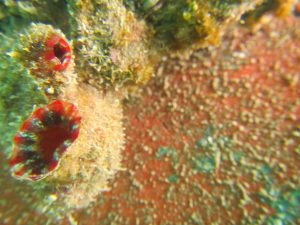 While IWC is an effective way to reduce biofouling extent, and thus reduce the likelihood that a ship will transport species, it also presents a risk of contaminant release if paint particles are removed during cleaning. In addition, if the fouling on the ship is not of local origin, IWC presents a potential biosecurity risk through the release of viable organisms as adults, juveniles, viable fragments, resting stages, and gametes into the water where cleaning is performed. Many species, including sponges, tunicates and algae can survive cleaning and regrow from small fragments after being released from a ship’s hull. For the current update on Hawaiʻi Invasive Species Council in-water Cleaning Resolution, please visit IWC Resolution Update February 9, 2018