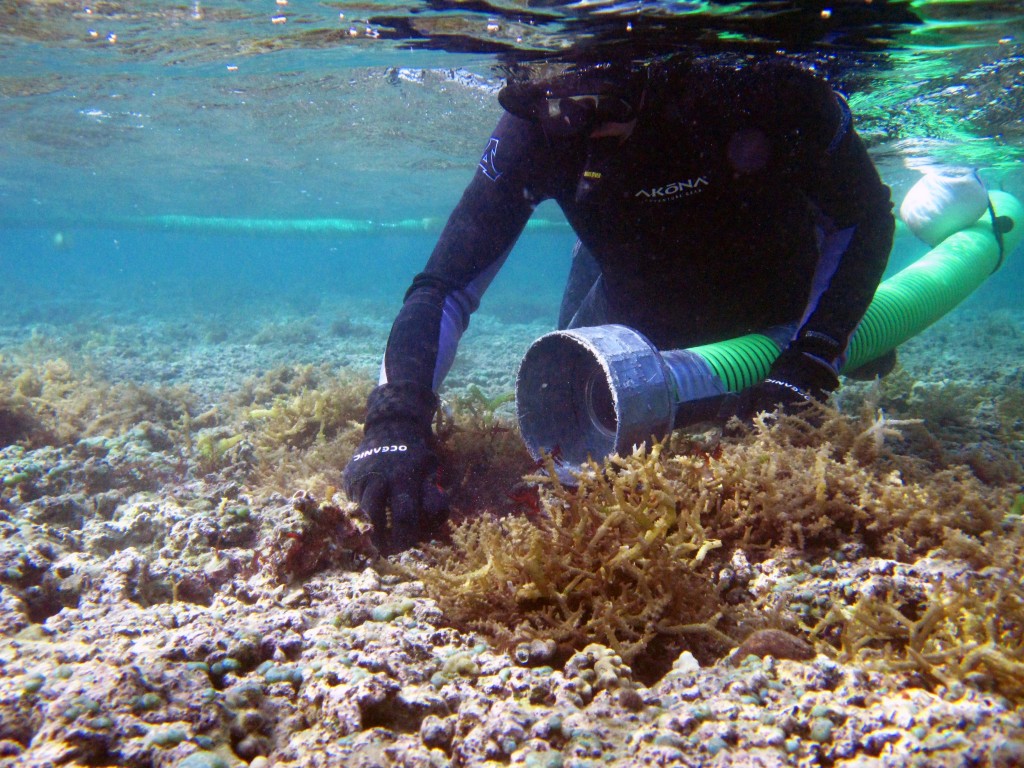 The Super Sucker was used to remove algae using suction generated from a pump system housed on a small pontoon barge. Divers gently removed the invasive algae from reefs and fed it into a long hose attached to the pump. The pump sucked the algae back to the barge and onto a sorting table where it was bagged. Bags of algae were delivered to local farmers who use the nutrient rich algae as fertilizer on crops such as taro and sweet potatoes. Smothering Seaweed is high in potassium and is believed to repel insects from crops. 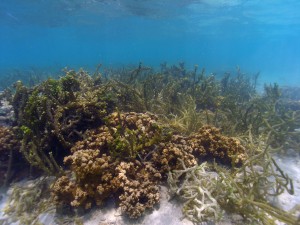 Due to its large growth and biomass, the Super Sucker barge was designed to target Smothering Seaweed.  This type of seaweed gets its name from its ability to overgrow reefs and kill coral. This seaweed was originally introduced to Kāneʻohe Bay as an experimental aquaculture crop and has since become a menace to reef ecosystems in the bay. Currently it is only found in Kāneʻohe Bay, parts of Punaluu, and Haleiwa.
Invasive algae has been growing in Kāneʻohe Bay for more than 30 years and many reefs throughout the bay are highly affected by their spread. The Super Sucker’s operations removed hundreds of pounds of algae an hour.  In 2012, over 130,000 pounds of invasive algae was removed; in 2013, over 90,000 pounds of algae was removed!  This made the barge a vital tool for protecting Hawaii’s coral reefs!

But the Super Sucker couldn’t do it alone.  After the bulk of the invasive algae is removed, hatchery raised native collector urchins are outplanted on the reef to act like goats and eat any algae that remains.  They help to control the regrowth of the algae, which allows more habitat for native species of algae and coral to return.  Find out more about the Sea Urchin Hatchery here. 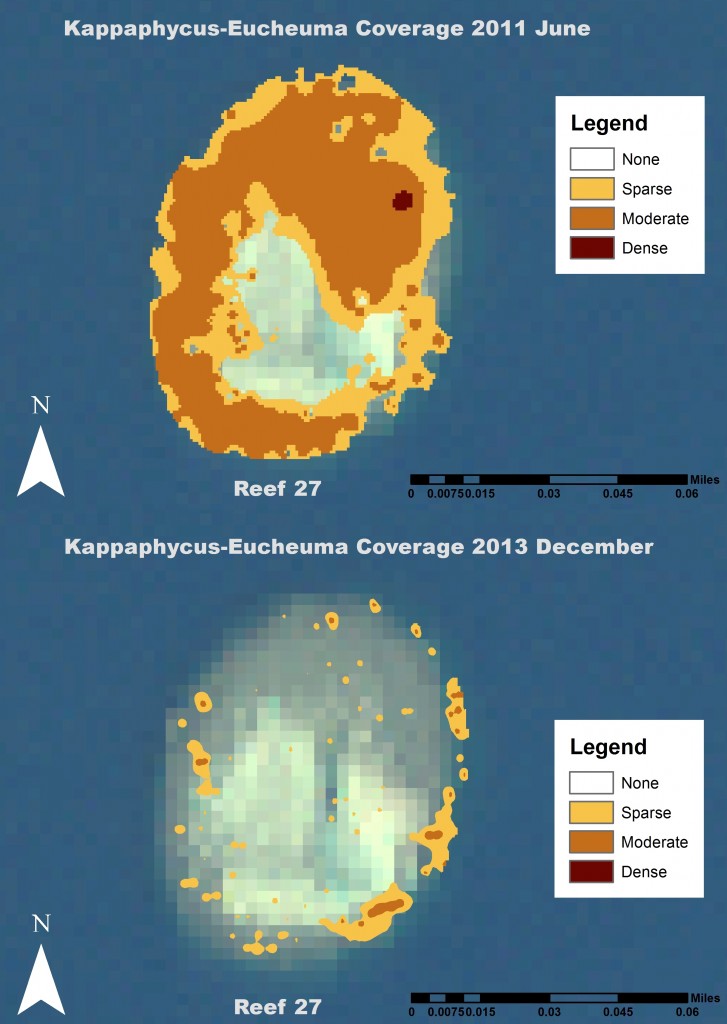 This image demonstrates the drastic reduction of smothering seaweed before and after mechanical removal and addition of hatchery raised urchins.