The Division of Aquatic Resources and the AIS team work hard to develop the youth of Hawaii by participating in community outreach events throughout the islands. Please reach out to [email protected] if you are interested in having the AIS team participate in an event, or for more information. Many invasive species are spread through the transport of people, ships, and other products; therefore, education is crucial to prevent the further spread of these harmful organisms. 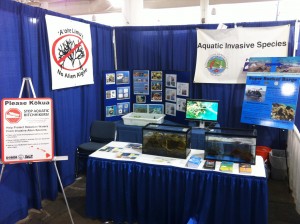 -Serving Up Invasive Aquatic Species on a Plate. DLNR Blog. May 2021.

– The Little Urchins That Could. Hana Hou Magazine. April/May 2014