From mauka (the mountains) to makai (the sea), the Division of Aquatic Resources is working with the people of Hawai‘i to manage, conserve and restore the state’s unique aquatic resources and ecosystems for present and future generations. The mauka to makai watershed approach is emphasized in the division’s many partnerships and projects, including the West Maui Ridge to Reef Initiative, South Kohala Coastal Partnership on Hawaiʻi Island, and the Heʻeia National Estuarine Research Reserve on Oʻahu.

The West Maui Ridge to Reef (R2R) Initiative as formed to restore and enhance the health and resiliency of West Maui coral reefs and near-shore waters through the reduction of land-based pollution threats from the summit of Pu‘u Kukui to the outer reef. These efforts will be guided by the values and traditions of West Maui. The R2R initiative is an all-encompassing approach across multiple agencies and organizations to address adverse impacts to coral reefs in West Maui. The State recognized that an integrated and comprehensive approach to reduce land-based sources of pollution is one of the most important steps to help restore coral reef ecosystems. The R2R Initiative builds on already established efforts underway and leverages resources across a number of agencies and community groups to implement actions to reduce one of the key sources of reef decline – land-based sources of pollution.

The South Kohala Coastal Partnership aims to implement action to reduce anthropogenic impacts to the reef area in South Kohala.

Partners worked together to develop the South Kohala Conservation Action Plan (SKCAP) with ridge-to-reef management strategies for the South Kohala priority area that extends from the northern boundary of the Kawaihae ahupua’a to the southern end of ‘Anaeho’omalu Bay. This plan recognizes that the lands in the 15 ahupua’a located upland of the site are ecologically and culturally connected to the coastal waters and incorporates implementing projects from watershed management plans to reduce threats to the area. 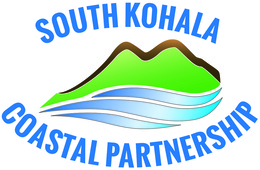 Heʻeia National Estuarine Research Reserve System (He‘eia NERR) encompasses 1,385 acres of unique and diverse upland, wetland, stream, estuarine, coastal, and marine habitats within the He‘eia ahupua‘a on Oʻahu. It encompasses He‘eia State Park to the north, He‘eia Fishpond in the center, the wetlands of Hoi to the west and south, Moku o Lo‘e (Coconut Island) to the east, and a large expanse of marine waters with patch and fringing reefs.  The He‘eia ahupua‘a is located in Ka-waha-o-ka-manō (commonly referred to as Kāne‘ohe Bay) within the Ko‘olaupoko region on the northeastern or windward shore of the island of O‘ahu. Kāne‘ohe Bay is the largest sheltered body of water in the Hawaiian Islands, with a total surface area of 18 square miles (11,000 acres).

The Heʻeia NERR represents a strong partnership among federal, state, and community-based entities, all committed to a vision of resilient estuaries and coastal watersheds where human and natural communities thrive. Member organizations practice and promote responsible  stewardship and outreach consistent through the principles and values of the ahupua‘a land management system. Their efforts are supported by traditional knowledge, innovative research, education, and training that nourishes healthy and resilient ecosystems, economies, and communities.