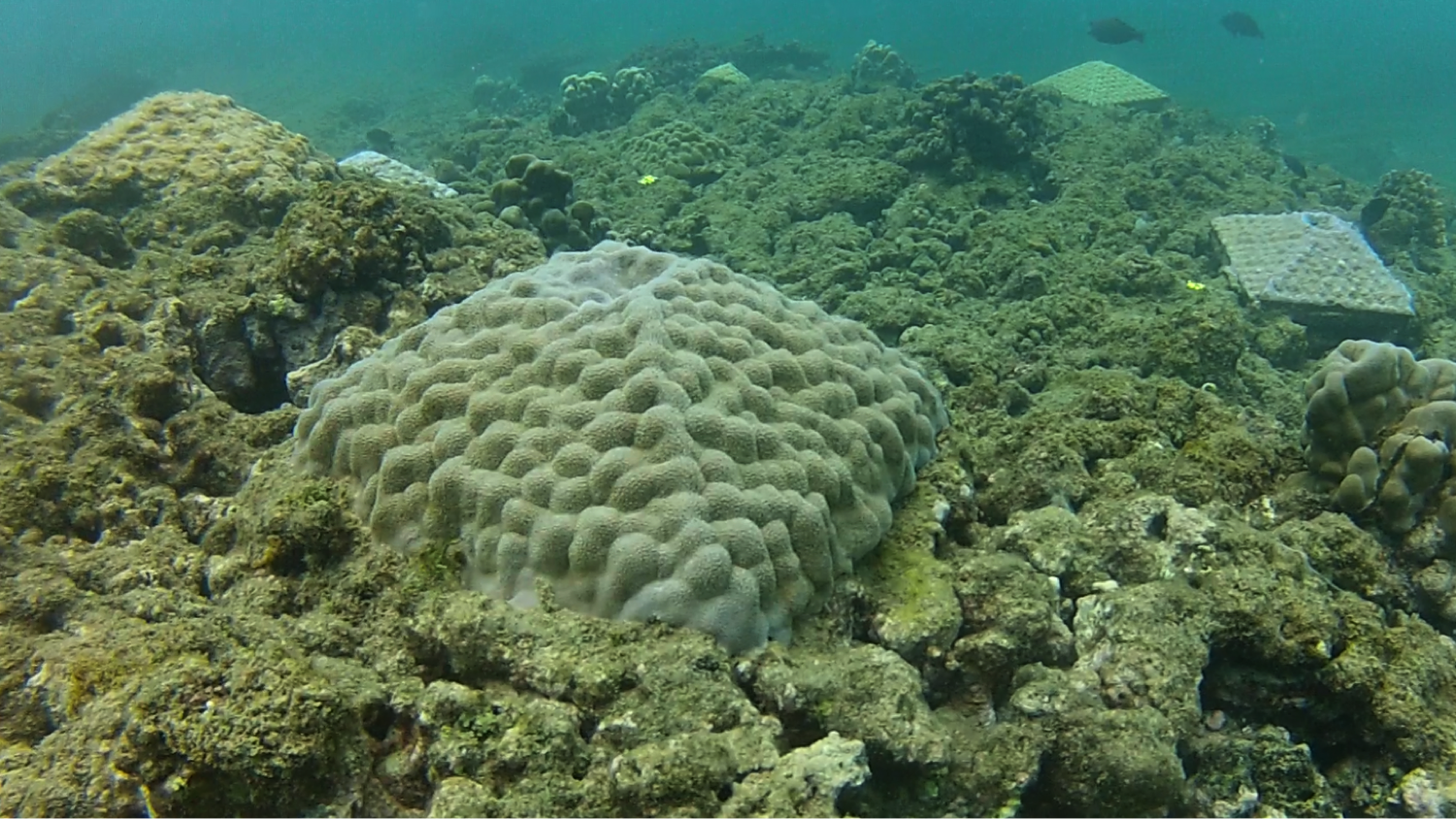 The Hawaiʻi Coral Restoration Nursery (HCRN) actively restores damaged Hawaiian reefs through both mitigation projects and active reef enhancement within Hawaiʻi Marine Managed Areas.  And, to ensure the biodiversity of Hawaiian reefs for generations to come, the HCRN houses part of the Hawaiian Coral Ark, a multi-agency effort started at the HCRN, preserves a live repository of rare, uncommon, and endemic Hawaiian coral species. The HCRN works in close partnership with various State, Federal, non-profit, and private organizations throughout Hawaiʻi.

Restoration in Hawaiian waters presents unique challenges. The slow average growth rate of Hawaiian corals (1-2 cm/year), coupled with one of the highest rates of endemism of any ecosystem worldwide demands a high level of care and treatment for these organisms. For these reasons and in compliance with laws governing the use of Hawaiian corals as a natural resource, the HCRN adheres to protocols it has developed over years of experience studying, growing, and restoring Hawaiian reefs.

To minimize impact to natural reefs, the HCRN focuses on collecting corals from areas of lower ecological value. For example, coral colonies found in harbors contribute little to the stability of the wider Hawaiian reef ecosystem and would be prime candidates for collection by the HCRN. However, collecting corals from these areas increases the chances that these corals have associated diseases or aquatic invasive species, so the HCRN follows strict quarantine and health assessment procedures. 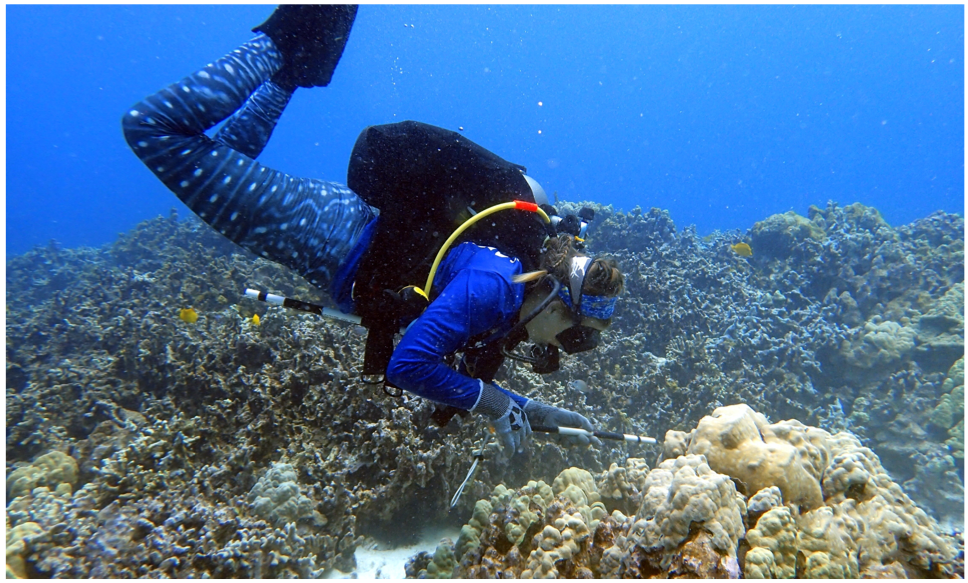 Corals that meet these requirements are carefully dislodged from the substrate by HCRN staff using various tools. The process is photographed and cataloged in the HCRN database.

Immediately after collection, HCRN staff place coral colonies in a designated quarantine area to closely monitor coral health. While in quarantine, HCRN staff check corals daily for disease, aquatic invasive species, micropredators, and other indicators of poor coral health. Once a collection finishes a period of 30 days with no health issues, the corals are moved out of the quarantine area. If, at any point, a health issue is observed on a coral in quarantine, the collection restarts the 30-day clock. This process allows for acclimation to the nursery setting and reduces the risk of disease, aquatic invasive species, or micropredators within the nursery itself.

Just like humans, when corals are subjugated to stressful events, individuals are more likely to contract infections. For corals, the process of collection and transport into the nursery is a stressful process. In addition to minimizing coral stress during collection and transport, the HCRN uses a variety of coral-safe medicated treatments to combat commonly found infections.

There are many coral-eating species, also known as corallivores, in the Hawaiian coral reef ecosystem. Most commonly found are different species of Phestilla nudibranchs which eat Porites corals, the Monitpora-eating flatworm Prosthiostomum montiporae, and the corallivorous Coralliophila snails that prey on variety of coral species.

To get rid of micropredators, HCRN staff conduct daily health assessment checks, including manual removal of these creatures and their progeny to ensure they are absent for at least 30 days. 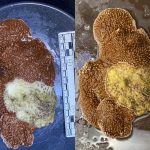 A diseased coral before and after treatment 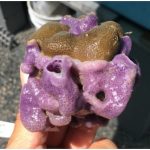 A quarantined coral with an invasive sponge 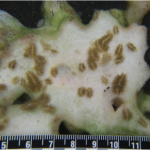 A coral with nudibranch predators

When corals grow, fragments add new tissue onto their edges and expand outwards. To make corals grow faster, the HCRN cuts corals into 1 cm2 microfragments, creating more edges for the coral to add new tissue onto. For example, a square 10 cm2 coral fragment can only grow along its 40 cm perimeter. After HCRN staff use a specially-designed diamond blade band saw to cut this coral into 100 microfragments, each 1 cm2, the coral has 400 cm of edges to add tissue onto. By dramatically increasing the amount of tissue available for new growth through microfragmentation, the HCRN dramatically increases the growth rate of its source corals.

The genetically-identical coral microfragments are then glued onto specially-designed concrete pyramids, called coral modules. The modified pyramid shape has a low center of gravity that greatly reduces the probability that a properly outplanted coral colony would flip over in high Hawaiian surf conditions. The module’s flat sides allow for quick coral adhesion and growth, while also preventing sediment buildup or entrapment that could kill coral tissue.

The coral microfragments grow on these modules until fragments fuse with each other, forming a large single colony again. After the entire module is covered with fused coral fragments, the fast-grown coral module is moved into an Acclimation tank to prepare for outplanting.

After coral modules have finished growing into coral colonies, they are ready to be placed into the Hawaiian reef environment; however, the fast-growth environment at the HCRN is different from the natural reef environment. To prepare colonies for life at a restoration site, colonies need to be acclimated to the specific reef light, water parameters, and temperature conditions found at the restoration site. Within large acclimation tanks at the HCRN, coral outplants are re-introduced to a natural photoperiod, water quality, wave motion, and restoration-site temperatures. 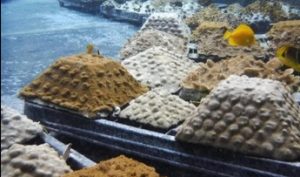 To restore a degraded site, HCRN staff secure coral modules onto the reef in a process called outplanting. To prepare the site to receive a new coral, HCRN staff clear algae and sediment off the substrate the coral will be attached to. Then, HCRN divers attach the coral to the reef using a coral-safe epoxy placed on the underside of the coral module. Once cemented to the underlying substrate, epoxy is added around the base of the module for added support and to provide a surface for the coral to grow onto surrounding reef. The entire process is photo-documented and entered into the HCRN database to maintain a chain-of-custody. 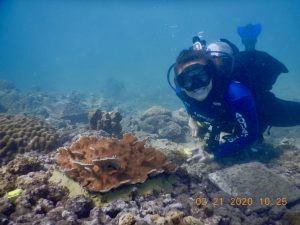 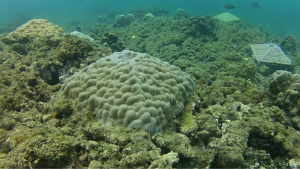 When monitoring corals, HCRN staff look for these key indicators of coral health:

The Hawaiian Coral Ark is a collection of coral colonies that represent a mixture of rare, uncommon, and endemic Hawaiian coral species. Coral species naturally exist at differing levels of rarity, and the rarer species are more vulnerable to potential impacts to their populations. Approximately 22% of the coral species in Hawaiʻi are endemic, meaning that they only exist within the Hawaiian Islands. With no replacement pool outside of Hawaiʻi, it is imperative a system is set up to protect endemic species. By holding living specimens of these coral species, the Hawaiian Coral Ark provides insurance against catastrophic events and local-scale extinctions. The HCRN is regularly collecting additional species and actively works in concert with the Maui Ocean Center to maintain and expand this ark.

Corals in the Ark

Voice of the Sea is a Hawai‘i Sea Grant program that highlights research, science, and cultural practices throughout Hawai‘i and the Pacific. In this Episode, watch Coral Nursery staff explain the importance of conducting coral restoration in Hawai‘i.

Hawaiian corals are unique for a number of reasons, and these impart special needs for maintenance and growth in a restoration setting. The most consequential reasons are a generally slow growth rate, low levels of biodiversity, a unique dominant growth form, and the highest level of endemism found in a reef ecosystem on the planet.

Hawaiian corals grow incredibly slowly in the wild at a growth rate of 1-2 cm per year. For example, Acropora cervicornis, a fast-growing Caribbean branching coral and likely the most commonly used species in coral restoration in the Atlantic, grows upwards of 10 cm per year. On the Great Barrier Reef, where coral restoration is being closely studied, corals can commonly grow upwards of 20 cm per year. Due to the slow growth rate in Hawaiʻi, nursery staff must be innovative when coming up with ways to fast-grow Hawaiian corals.

The biodiversity in Hawaiian reefs is low when compared to other large reef ecosystems. There are only around 60 species of Hawaiian corals in the Main Hawaiian Islands, and these occur at differing levels of rarity. For this reason, the nursery focuses efforts on maintaining these levels of diversity.

Most of the common Hawaiian coral species are massive-form corals, growing colonies that look like large lumpy boulders. Other reefs of the world are dominated by branching corals and other growth forms. To preserve the ecosystem functions of massive corals, our team has specially-designed coral modules to mimic natural structures while minimizing potential damage from waves and sediment.

Lastly, Hawaiian coral reef systems sustain high rates of endemism, meaning many coral species found in the Hawaiian Islands found nowhere else in the world. Approximately 22% of coral species found in Hawaiʻi are only found in the archipelago, intensifying the need to protect these species. As there is no replacement pool for these species, the State of Hawaiʻi must take a precautionary approach in their management decisions for endemic Hawaiian corals.

Why does the State of Hawaiʻi need a coral nursery?

Despite corals being a protected resource in the State of Hawaiʻi, until the HCRN was created, there was little mitigation conducted for direct impacts to the State’s corals. Due to multiple human impact events causing damage to surrounding reef ecosystems, such as the M/V Cape Flattery grounding in 2005 and the USS Port Royal grounding in 2009, the state created the HCRN as a method of mitigating these damages.

Why is the HCRN a land-based nursery?

As commonly seen in coral restoration, in-water nurseries can be very effective for fast-growing coral species; however, an in-situ nursery has been shown by HCRN nursery staff to not be an effective method of restoring slow-growing Hawaiian species. Therefore, the HCRN was created as an ex-situ or land-based nursery. The HCRN aquarium systems allow for the fastest growth rate possible, minimizing the time between direct human impact and subsequent mitigation at damaged restoration sites. Using the fast-growth protocol, the HCRN produces large coral colonies for outplanting in little under a year, considerably faster than shown by in-water trials with Hawaiian species.

Where is the HCRN located?