05/21/21-SERVING UP INVASIVE AQUATIC SPECIES ON A PLATE

SERVING UP INVASIVE AQUATIC SPECIES ON A PLATE 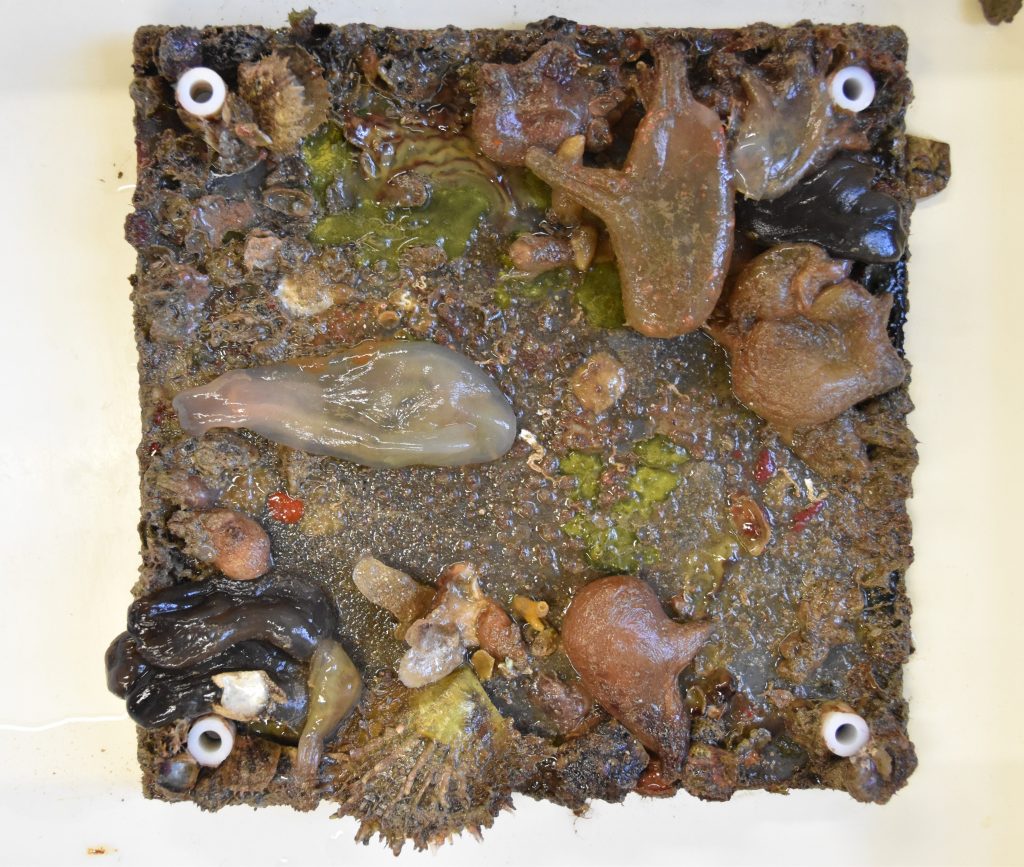 (HONOLULU) – These arms carry plates and twenty of them are anchored with cinder blocks in commercial harbors around the state. ARMS stands for Autonomous Reef Monitoring Structures. They’ve been deployed in Honolulu and Barbers Point Harbors on O‘ahu, Nawiliwili Harbor on Kaua‘i, Kahului Harbor on Maui, and Hilo Harbor on Hawai‘i Island.

In the last few weeks, researchers from the DLNR Division of Aquatic Resources (DAR) have been diving to collect ARMS structures.

Team leader, DAR aquatic biologist Natalie Dunn said, “Hopefully we can find them, as with surf and ocean currents they often move from where we dropped them. We’re lucky to be partnering with Bishop Museum to sort through the organisms the plates collect. They conduct genetic analysis and taxonomic identification and serve as the repository for the specimens and will maintain a database, as well.”

The ARMS soak in the water for several months and attract different types of organisms that settle on the plastic plates, like worms, sponges, tunicates, and seaweed. Biologists look at these organisms to detect potential shipping hitchhikers arriving in Honolulu via the outside of the ship hull (biofouling) or released from ballast water tanks.

The project has three main goals. First, is an understanding of what alien species are in harbors. Dunn explained, “We’re targeting harbors because ballast water and biofouling on commercial ships is thought to be one of the top sources for invasive species introductions in Hawai‘i.”

Second is to identify any newly introduced alien species, and third, which Dunn said is arguably the most important, is to build a DNA barcode reference library, which is the foundation for early detection tools. “We’re laying the groundwork for these tools that rely on DNA technology and are relatively cheap and can identify alien species rapidly.”

Each of the ARMS arrays has four plates, stacked upon one another, and once the DAR team retrieves them, you can see an array of creatures attached to them. The team hopes to retrieve all of the plates by the end of 2022, though they have to be flexible.

“It’s field work,” Dunn said, “and we hope everything goes as planned, but everything is totally dependent on ocean conditions. While the drop zones were plotted with GPS, the ocean doesn’t always cooperate.”