HILO — The Department of Land and Natural Resources (DLNR) Division of Forestry and Wildlife (DOFAW) has documented extensive defoliation of large sections of mature koa forest on Hawaii Island, which scientists believe is the result of a natural but sudden proliferation of a native moth. Koa trees located in the Hilo and Hamakua regions, between the elevations of 2000 and 4000 feet, appear to be impacted at this time.

“The department has determined that this defoliation event is the direct result of feeding by moth native to Hawaii, the koa looper. Fortunately, past occurrences of these outbreaks show us that koa forests can recover,” said William J. Aila, Jr., DLNR chairperson. “We are thankful that researchers from the University of Hawaii, U.S. Forest Service, U.S. Geological Survey, and Hawaii Agricultural Research Center are assisting DLNR to monitor this rare natural phenomenon.”

Although the koa looper (Scotorythra paludicola) is a native moth commonly found in koa forests, caterpillars of this species have historically been associated with mass koa forest defoliation. Oral accounts indicate that such events were occurring before the first written documented outbreak in 1892. To date, researchers have not yet discovered what circumstances trigger the occasional moth population explosions.

The area currently impacted is estimated to span over 24,500 acres, and is the largest koa defoliation in written history. Based on data from previous outbreaks, it is possible that the koa looper outbreak will spread to other areas of Hawaii Island, although the exact path is unpredictable.

Given that this is a natural process caused by a native moth species, the DLNR will focus its efforts on documenting and monitoring the outbreak.

“Mapping the boundaries of this infestation will tell us what areas are affected right now, and provide a way for us to measure movement of the moths into new forest areas,” said Roger Imoto, DLNR Division of Forestry and Wildlife Administrator. “We want to assure the public that this is a natural phenomenon, and DLNR and its partners are actively monitoring. The public can help us by calling DOFAW if new areas are observed.”

Land managers and researchers have an opportunity to collect data on the moths, the koa, and the environmental conditions — the combination of which may help answer some long-standing questions about these events.

“We are prioritizing monitoring efforts because it is important to understand how this outbreak might affect our forests and koa forestry on Hawaii Island,” Imoto said. “Despite the rapid and severe visual impact of defoliation caused by the caterpillars, it should be noted that koa can and do recover after such outbreaks.”

Monitoring conducted following outbreaks on Maui in 2004 and 2009 showed mortality of up to 35 percent in unhealthy forests; however, koa trees in healthy forests fared better, recovering at a rate of nearly 100 percent.

Members of the public are encouraged to report koa defoliation and/or increased caterpillar or moth abundance to the DLNR if it is observed outside of the Hilo and Hamakua region.

Please call (808) 587-0166 with information on the nearest street address, date of sighting, and a description of the defoliation. The public is encouraged to send photos with location information to [email protected].

For more information on the koa looper, visit: www.hawaii.gov/dlnr/dofaw 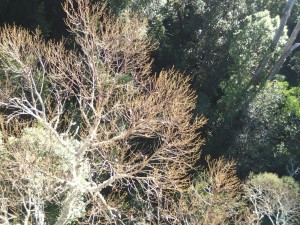 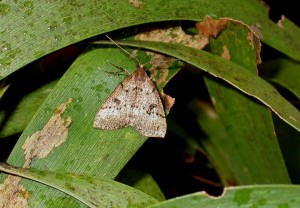 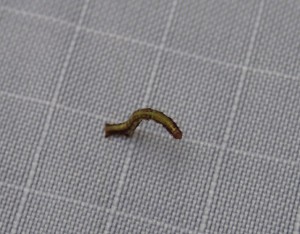