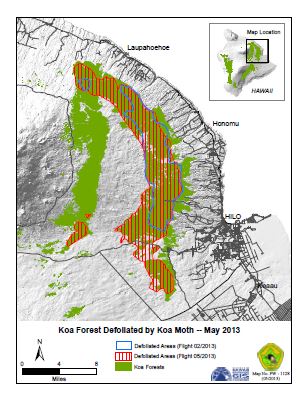 HILO — First detected in January, an outbreak of the native koa moth and the resulting defoliation of koa forests on Hawai‘i Island are continuing to be observed by the state Department of Land and Natural Resources (DLNR), which is closely monitoring the outbreak with aerial and ground surveys performed in collaboration with the University of Hawai‘i and U.S. Geological Survey.

“The department is closely monitoring the moth outbreak and the recovery of koa forests and will use the information gathered to determine whether future management actions are needed,” said William J. Aila, Jr., DLNR chairperson. “Although recovery of most koa forests is expected, the opening of the forest canopy could hasten the spread of introduced plants in our native forests.”

The DLNR Division of Forestry and Wildlife (DOFAW) has mapped the defoliated area on East Hawai‘i, which spans from Laupahoehoe to Upper Waiakea and covers over 50,000 acres.

Moths and caterpillars, and initial signs of defoliation, have also been reported in the Kilauea, Keauhou and Ka‘u regions, and the Pu‘u Wa‘a Wa‘a area of West Hawai‘i.

Fortunately, trees defoliated earlier in the outbreak have already been observed sprouting new leaves, indicating that the forest is recovering.

Outbreaks of this native insect are a natural phenomenon, as indicated by oral accounts by Hawaiians describing similar outbreaks before the first documented outbreak in 1892. Researchers believe these disturbances likely play an important ecological role by eliminating unhealthy trees, thinning dense young koa stands, and providing an influx of nutrients into the forest ecosystem.

However, little is known about the causes and full natural cycle of this phenomenon. Additionally, an invasive psyllid insect that was first detected in Hawai‘i in 1966 – and was not present during previous outbreaks – could damage new shoots of recovering trees.

There are currently no tools for slowing or stopping the infestation. Aerial spraying of insecticides would harm other forest organisms and is not feasible on a large scale. Biological control is not possible with a native species because its natural enemies are already present in Hawai‘i, and there is no outside source for predators or parasites that would be specific to the moth.

In addition to monitoring the spread of the outbreak, DLNR is seeking funds to investigate natural controls of the moths using traps or baits, and monitor recovery of the forests and the response of invasive plant populations. This information will be useful for managing future outbreaks if they are determined to harm the forest.

Further information is available on DLNR’s website at: www.hawaii.gov/dlnr/dofaw 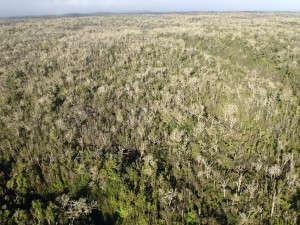 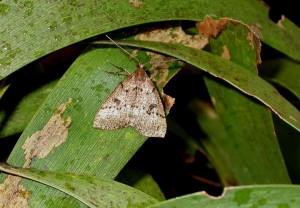 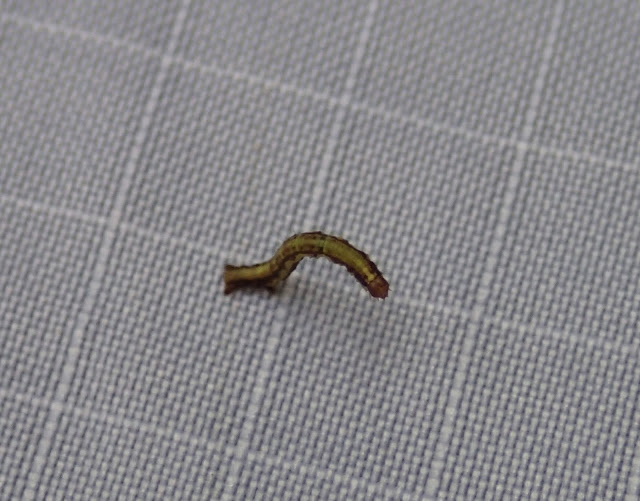 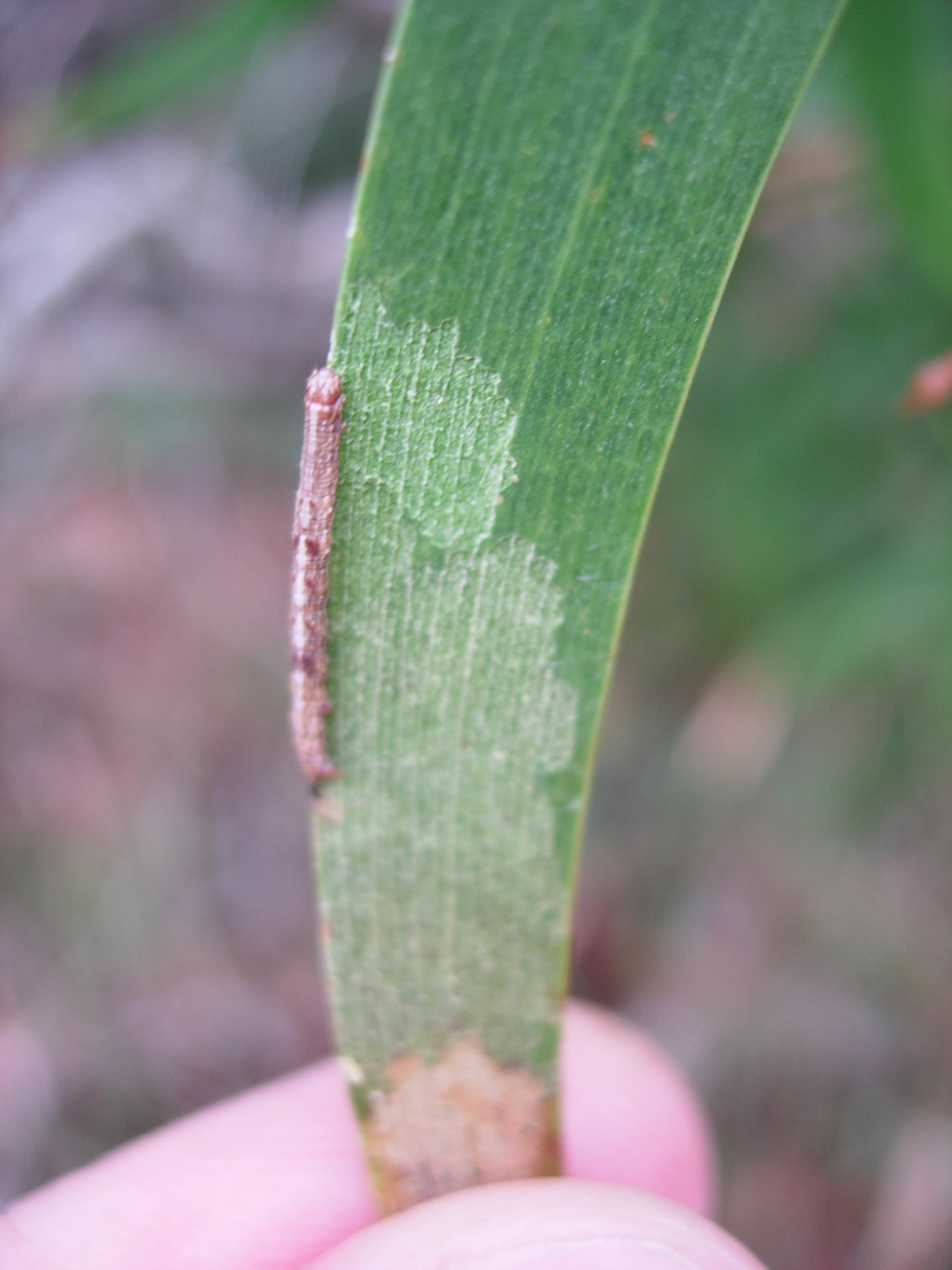