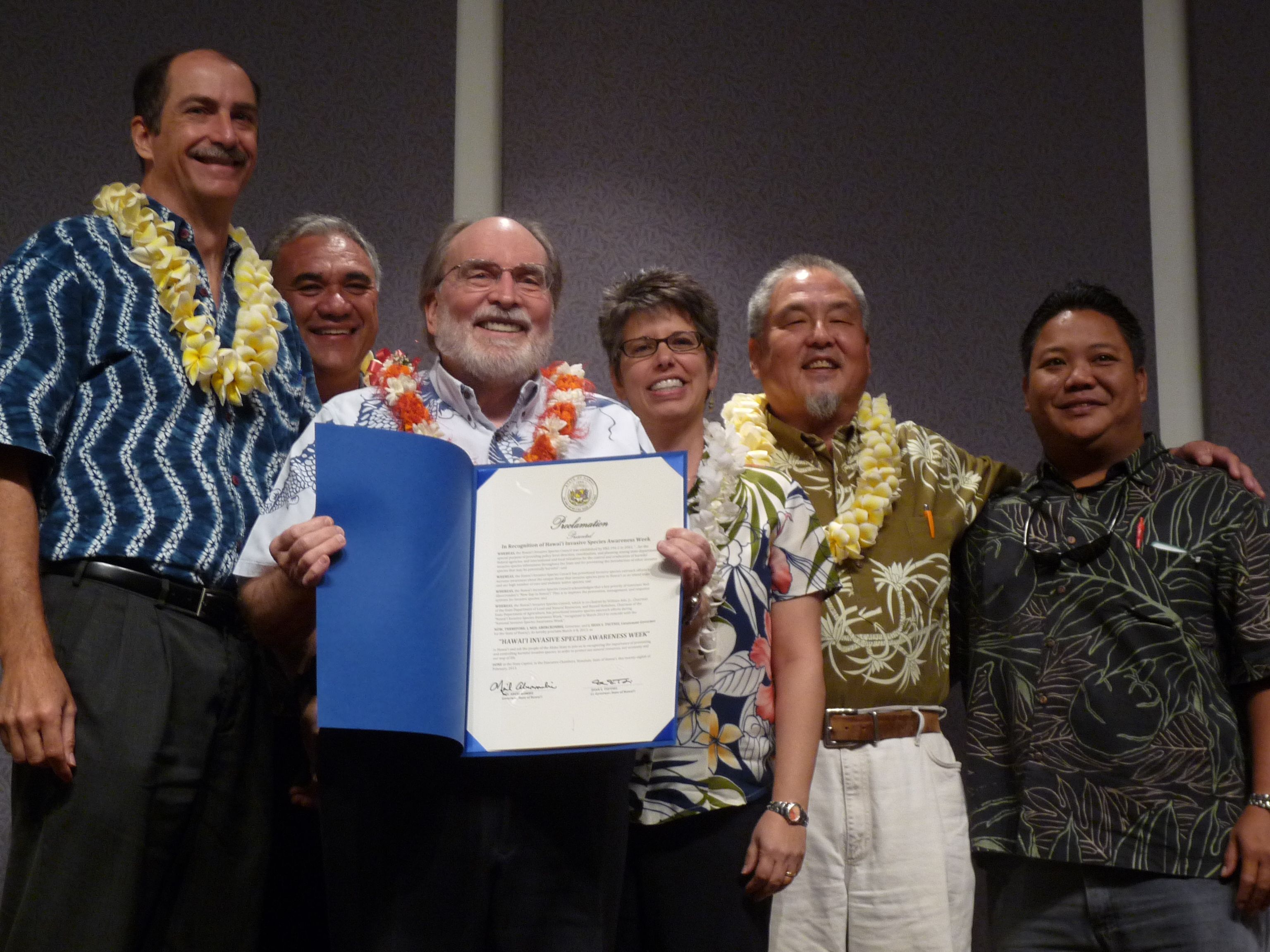 HONOLULU—The interagency Hawaii Invasive Species Council (HISC) has approved a budget of $2.55 million for fiscal year 2014 to support statewide programs to prevent the introduction and spread of invasive species in Hawaii, as well as management and public outreach efforts.

“Interagency collaboration and coordination are key components of this administration’s strategy to address invasive species,” said Gov. Neil Abercrombie. “We are also increasing our capacity to protect Hawaii from the threat of invasive species. I am pleased to see a return of general funding from the state Legislature to the HISC. This funding directly supports on-the-ground, community-based and cost-effective programs across the state.”

The HISC funds a variety of efforts to address statewide invasive species priorities through an annual competitive grants process. In fiscal year 2014, the HISC will provide support to projects including the county-based Invasive Species Committees for early detection and rapid response, the Hawaii Ant Lab for preventing the spread of stinging little fire ant, response plans to protect native ohia from an invasive rust, community outreach and education programs in every county, ballast water and biofouling coordination to prevent aquatic invasive species, and scoping for improved biological control facilities. (For the full list and more details on HISC-funded projects, visit: https://dlnr.hawaii.gov/hisc/projects/fy14/)

“Our priority has been finding a balance between responding to new threats, such as invasive species arriving with Japanese tsunami marine debris or axis deer on Hawaii Island, while at the same time supporting the maintenance of core detection and response capacity statewide,” said Dr. Josh Atwood, coordinator for the HISC. “This has been a particularly difficult challenge as the HISC does not have a dedicated funding source, and instead has received funds each year at the discretion of the Legislature and the DLNR. The amount of funding currently available from these sources is less than what is needed to adequately support vital programs, and critical positions may be lost.”

The HISC was created in 2003 when the Legislature declared invasive species as “the single greatest threat to Hawaii’s economy and natural environment and to the health and lifestyle of Hawaii’s people.” The HISC first received funding in fiscal year 2005 with at total of $4 million in general funds and special funds through the Natural Area Reserve Fund. Since fiscal year 2009, the HISC budget dropped to below $2 million without general funds.

“We are dedicated to working across departments and with partners to find solutions as we face increasing challenges posed by invasive species and decreasing support from federal agencies,” said William J. Aila, Jr., DLNR chairperson. “We hope to continue to build our state capacity and restore full funding to the HISC. We thank the Legislature for their additional support in general funding this year and plan to work together on this important issue that affects all of us.”

The Hawaii Invasive Species Council (HISC) is a cabinet-level interagency collaboration mandated by Chapter 194, Hawaii Revised Statutes. It is co-chaired by the Department of Land and Natural Resources and the Department of Agriculture with additional voting members from the Departments of Health, Transportation, and Business, Economic Development and Tourism, and the University of Hawaii. The HISC approves an annual budget to support invasive species prevention, control, and public outreach projects across the state. For more information: https://www.hawaiiinvasivespecies.org/hisc/