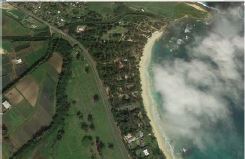 HONOLULU – The Department of Land and Natural Resources (DLNR) Division of State Parks today announced it is beginning a Request for Qualifications/Request for Proposals (RFQ/RFP) process to issue a five-year lease for the existing campground at the Malaekahana State Recreation Area (Kahuku Section). The campground is currently operated by the Friends of Malaekahana under a month-to-month revocable permit.

Through this process, the successful bidder will negotiate a five-year lease with the Division of State Parks, which is subject to Board of Land and Natural Resources (BLNR) approval.

“This is a long-awaited opportunity to continue to provide the public an enhanced and alternative camping experience,” said William J. Aila, Jr., BLNR chairperson. “It will provide an operator with enough certainty to adequately maintain a campground that is operationally and financially viable, as we make improvements for long term public recreational use.”

The process invites eligible applicants to submit proposals with no expansion of current use levels. Proposals will include areas for public beach access, tent camping and optional rental of alternative, temporary structures such as small Hawaiian hale, tent platforms or other similar non-permanent structures that provide value added options to the public’s recreational camping experience. The proposals will be reviewed by an established evaluation committee that includes members of the public and the committee will recommend a bidder to the BLNR chairperson for approval.

Eligible applicants will have until June 19, 2014, to submit a notice of intent to participate. Copies of the RFQ/RFP package may be obtained at DLNR State Parks district offices or downloaded from the State Parks website at https://dlnr.hawaii.gov/dsp/rfp/2014-Malaekahana. For further information, contact the Division of State Parks at (808) 587-0505.

During the term of the RFQ/RFP process and lease, DLNR will make critically needed infrastructure improvements, including bathroom and shower facilities, and make other long-term recreational campground and day use plans that will apply after this 5-year lease period expires and the campground is re-bid. For the RFQ/RFP, the successful bidder will negotiate a five (5) year lease with the DLNR which is subject to BLNR approval.