HONOLULU – Gov. Neil Abercrombie today announced the nominations of Vernon Char, Ulalia Woodside and Christopher Yuen to the Board of Land and Natural Resources (BLNR). All are interim appointments effective immediately and are subject to state Senate approval.

Char was appointed to an at-large seat; Woodside to the seat representing the City and County of Honolulu and a BLNR requirement of having experience with Native Hawaiian cultural practices; and Yuen to an at-large seat and a BLNR requirement of having experience in conservation. They replace two members who recently resigned for personal reasons and another whose term expired. “Because of several recent resignations, these appointments were expedited to ensure that the land board would have sufficient members to conduct business without interruption to its meeting schedule,” Gov. Abercrombie said. “Vernon, Ulalia and Chris all have extensive background in public service, and Hawaii’s resources will benefit from their commitment and passion.” 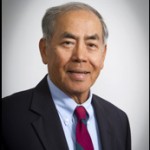 Vernon Char brings 20 years of experience on various State of Hawaii boards and commissions. He was a member of the Hawaii Tourism Authority from 2003 to 2011, chairman of the State Bicentennial Commission for the U.S. Constitution from 1986 to 1991, and the first chairman of the State Ethics Commission from 1968 to 1975. A graduate of the University of Hawaii at Manoa and Harvard Law School, Char is currently a founding attorney for Char Sakamoto Ishii Lum & Ching. He was previously with Damon Key Char & Bocken and also served as state deputy attorney general in charge of the Antitrust and Consumer Protection Division. In the late 1980s, Char was one of the founders of the UH Alumni Association, serving as its first president. He was awarded its Distinguished Alumni Award in 1991. 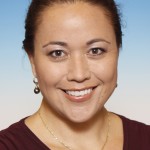 Ulalia Woodside of Waimanalo previously worked for the state Department of Land and Natural Resources from 1988 to 1995. She is currently the regional asset manager for natural and cultural resources at Kamehameha Schools’ Land Assets Division. Prior to that, Woodside was with Wilson Okamoto Corporation from 1997 to 2002 and The Hallstrom Group from 1996 to 1997. She currently serves as a steering committee member for Hawaii Green Growth, the indigenous representative for the Landscape Conservation Cooperative National Council, a former commissioner for the Natural Area Reserves System Commission, and a former executive council chair for the Pacific Islands Climate Change Cooperative. Woodside received bachelor’s degrees in political science and Hawaiian studies, along with a certificate in Hawaiian language, from UH Manoa. She is also a kumu hula, having completed the ‘uniki rites of her family’s genealogical hula traditions. 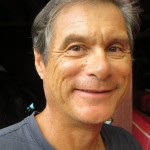 Christopher Yuen, a resident of Ninole, held BLNR’s Hawaii County seat from 1990 to 1998. He is currently on the advisory councils for the Laupahoehoe and Puuwaawaa Experimental Tropical Forest. Since 1995, Yuen has been owner and manager of The Family Farm, Inc., a 20-acre certified organic farm supplying local markets with bananas, lychees and rambutans. Previously, he was Hawaii County’s planning director and deputy corporation counsel, an interpretive naturalist for Hawaii Volcanoes National Park, and a private attorney. Yuen received a bachelor’s degree in human biology from Stanford University, a master’s degree in environmental science from State University of New York’s College of Environmental Science and Forestry, and a juris doctorate from UH William S. Richardson School of Law.

Board of Land and Natural Resources

The Department of Land and Natural Resources, headed by an executive BLNR, is responsible for managing, administering and exercising control over public lands, water resources, ocean waters, navigable streams, coastal areas (except commercial harbors), minerals and all interests therein within the State of Hawaii, as well as 750 miles of coastline.

The Office of the Governor oversees more than 180 boards and commissions established by the state constitution, statues or executive orders.