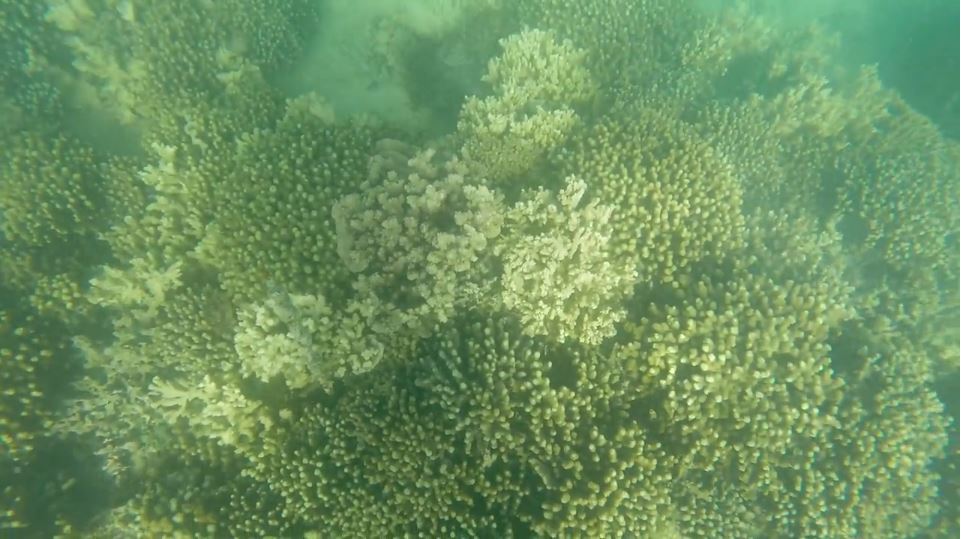 HONOLULU – A new type of microscopic lesion, termed colony-wide protein losing cytopathology (CPLC), was associated with of an unusual die-off of corals (Montipora capitata) in central Kaneohe Bay in early February.  The cause of CPLC is not known.

When signs of coral mortality were first reported through the Eyes of the Reef Network, the U.S. Geological Survey (USGS) National Wildlife Health Center Honolulu Field Station in cooperation with the Hawaii Institute of Marine Biology (HIMB), and the DLNR Division of Aquatic Resources (DAR) initiated a field investigation.  This involved systematic surveys of patch reefs in south, central, and north Kaneohe Bay and the collection of samples to get clues about the potential cellular processes that led to the mortality.  Initially researchers thought the disease may have been acute Montipora White Syndrome, a disease with a previously described suite of microscopic lesions.

Dr. Thierry Work, the USGS wildlife disease specialist who submitted the findings said, “According to field surveys, reefs in the central bay appeared to be most heavily affected by the mortality.  Corals collected on Feb. 5, 2015 revealed a unique lesion characterized leakage of proteins from coral cells.  In humans, this lesion is similar to pulmonary edema where proteins leak through cells and fill airways of the lung.  For lack of an existing term, the best descriptor for this lesion is colony-wide protein losing cytopathology.”

In other animals, protein loss in cells can lead to decreased defenses, making them susceptible to attack by secondary invaders that were seen in samples of corals manifesting mortality. Alton Miyasaka, acting administrator for DAR said, “Since we don’t know the cause of this disease, we want to learn more, so we can determine what management actions might be taken to better respond to these events in the future.”