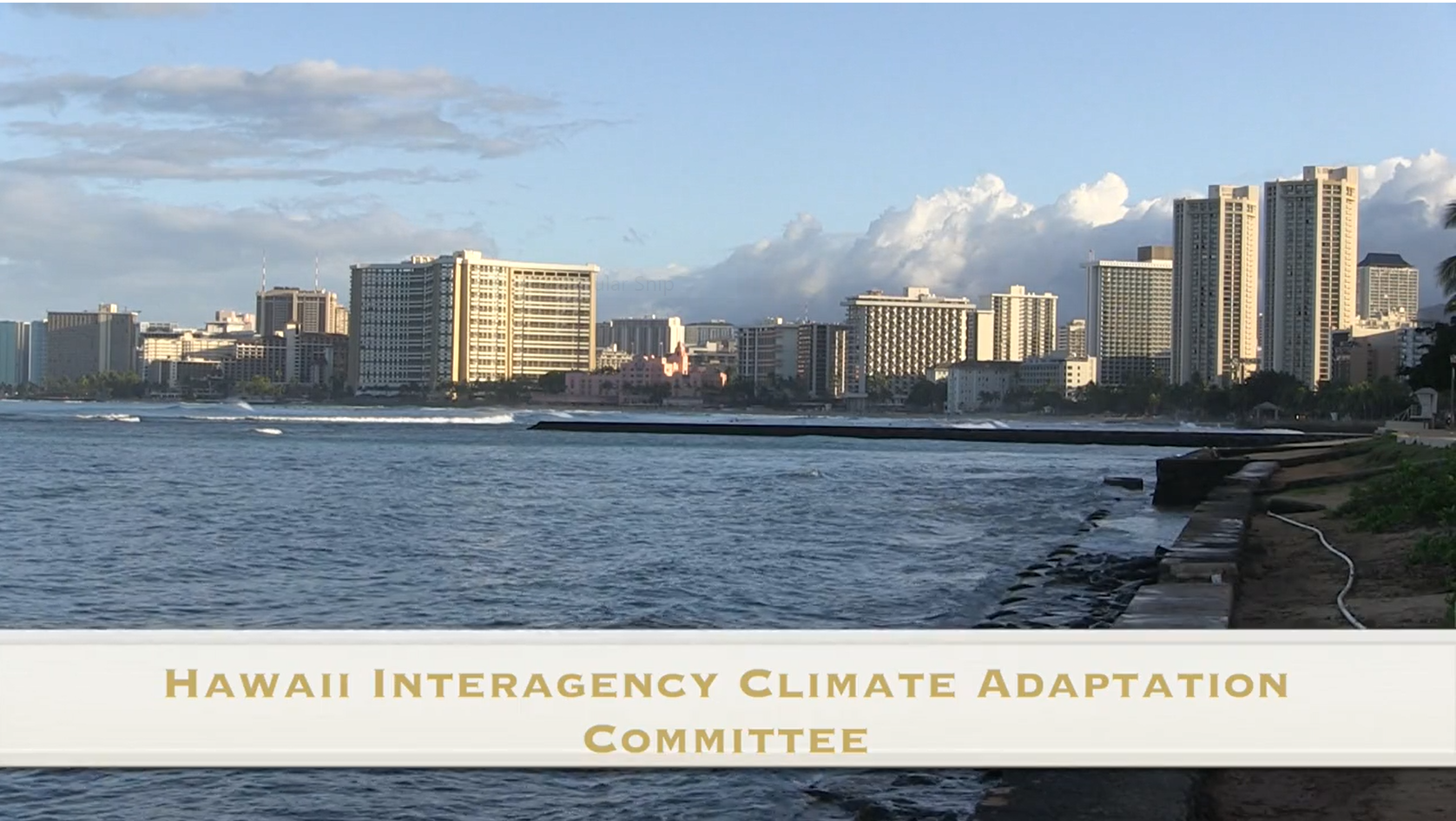 HONOLULU – The Hawaii State Legislature identified climate change as one of the most urgent and long-term threats to the State’s economy, sustainability, security and way of life over the next century.  In 2014 it passed Act 83 in order to address the effects of climate change.  Act 83 also established the Interagency Climate Adaptation Committee (ICAC), with representatives from more than a dozen state and county agencies. The ICAC is tasked with developing a statewide Sea Level Rise Vulnerability Assessment and Adaptation Report (SLR Report) to the legislature by the end of 2017. The committee held its first meeting this week on June 3.

Rep. Chris Lee, chair of the Hawaii House of Representatives Energy & Environment Committee was one of the lawmakers instrumental in the passage of Act 83.  He said, “Hawaii, as the only island state in the U.S., is among the most vulnerable to the impacts of climate change and sea level rise, yet we were one of the few coastal states that had not adopted a statewide climate adaptation plan.  Act 83 and the ICAC changes this.”

The DLNR Office of Conservation and Coastal Lands (OCCL) will lead the development of the SLR Report in coordination with the ICAC.  Sam Lemmo, OCCL Administrator said, “ The SLR Report will serve as the framework to address other climate-related threats and climate change adaptation priorities, ultimately leading to a Climate Adaptation Plan for the State, which will be prepared by the State Office of Planning. Over the next two and a half years we will meet regularly, engage climate change experts, and keep the citizens of Hawaii informed of our progress and recommendations to combat the negative impacts of sea level rise and other climate change threats.”

One of the experts being engaged is Dr. Chip Fletcher of the University of Hawaii’s School of Ocean and Earth Science and Technology (SOEST). Dr. Fletcher is a climate change scientist, who works on predictive models which visually depict the impacts of sea level rise along Hawaii coastlines.  He presented his latest findings at the first meeting of the ICAC.  Dr. Fletcher explained, “Rising sea levels, exacerbated by stronger storms, will increase coastal flooding and erosion.  It will damage coastal ecosystems and infrastructure and affect tourism, agriculture, military bases and other industries. This is on top of the impacts of higher sea surface temperatures and ocean acidification.”

DLNR Chairperson Suzanne Case co-chairs the ICAC with the director of the State Office of Planning.  She commented, “The work of the ICAC is among the highest priority work we will do over the next few years.  Beach erosion, drought, coral bleaching and rising ocean temperatures are already having measurable impacts on Hawaii and are expected to accelerate in coming years.  These threats include impacts to our host culture, including impacts to coastal artifacts and structures and reduced availability of traditional food sources and subsistence fisheries.”