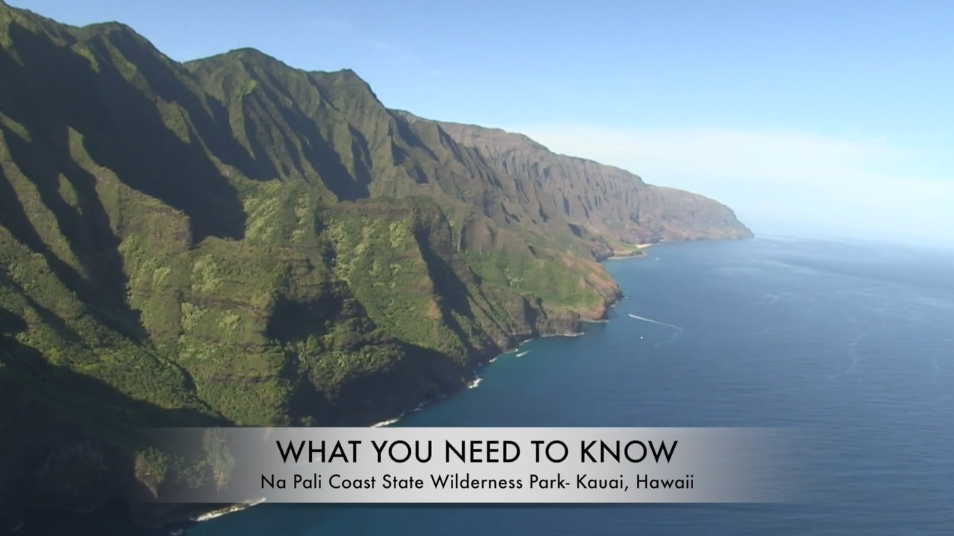 (LIHUE, KAUAI) – The Kalalau Trail in the Na Pali Coast State Wilderness Park is likely the most heavily used hiking trail in Hawaii. An estimated 500,000 visitors and residents use the spectacular trail each year. Sandwiched between the ocean and the towering cliffs of the Na Pali Coast, the trail is widely featured in guide books, on travel websites and in blogs.

“There’s little doubt the Kalalau Trail is one of the crown jewels of the entire system of Hawaii State Parks,” said Dan Quinn, administrator of the DLNR Division of State Parks. “Due to its immense popularity, hikers often arrive at the trailhead without having made the proper preparations for what ultimately is a pretty tough trek, especially for beginning hikers,” Quinn went on to say.

The six-minute-long video, produced by DLNR in cooperation with the Kauai County Fire Department and Civil Defense Agency, highlights some of the challenges hikers might face on the Kalalau Trail. It focuses on the first two miles of the hike to Hanakapiai Stream, which is the length the majority of hikers make.  A state permit is required to traverse beyond Hanakapiai Stream or Hanakapiai Falls. The entire trail is 11 miles long and those wanting to go beyond Hanakapiai can obtain permits from the Division of State Parks.

Chief Robert Westerman of the Kauai Fire Department said, “We wanted a readily accessible video to visually depict not only the beauty of the Na Pali Coast, but to also try and get people better prepared for a hike on the Kalalau Trail. The video includes footage of an actual rescue, and is another tool in our toolbox to inform and educate hikers so they can make good decisions before setting out on the trail.”

Rescues on the Na Pali Coast happen frequently. This year alone, dozens of people have been flown out of the Hanakapiai area after the stream flooded and they became stranded on the wrong side. Often hikers ignore weather forecasts, warning signs, and verbal cautions from state and county staff and put themselves at unnecessary risk. Due to the steepness of the trail and the fact that it is almost always quite slick, the hike is not as easy and straightforward as many people think.

“The video will be distributed widely on state and county websites, on various travel and tourism sites, and we’re working on digital access for cell phones and tablets,” according to Dan Dennison, DLNR senior communications manager.