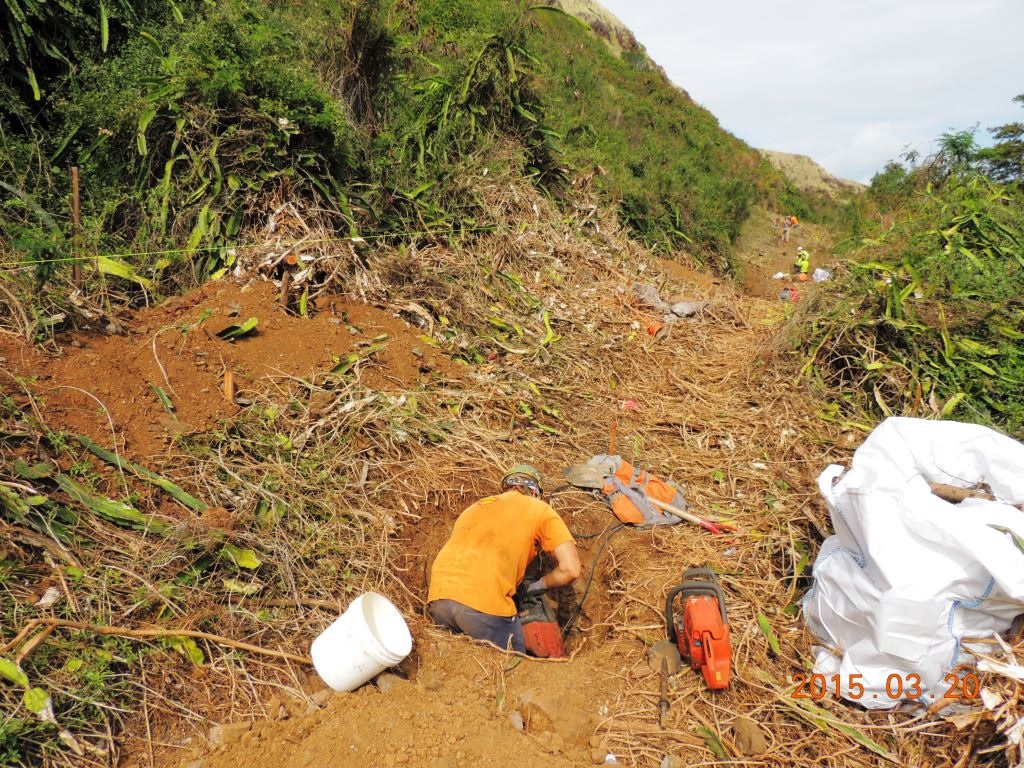 DLNR CONSTRUCTING PROTECTIVE FENCE ON LANIKAI HILLSIDE
Hillside homes to vacate, Lanikai pillbox trail to close while
fencing is brought in by helicopter on October 6

HONOLULU — The Department of Land and Natural Resources is implementing a $1.2 million construction project to install approximately 766 linear feet of rockfall impact protective fencing on a hillside just below the popular Lanikai pillbox trail.

The State owns a portion of the upper hillside immediately below the Lanikai pillbox trail. However it was determined that the best, most cost-effective solution would be to place the impact fencing within the private properties below.

DLNR has entered into an agreement with eight hillside private property owners who have formed an association. The State will turn over the improvements upon completion of construction.  The association will then be responsible for the maintenance and upkeep of the fencing.

On Tuesday October 6, a helicopter will fly in the fencing material between 8 a.m. to 4:30 p.m. Lanikai residents on the mountain side of Ko‘oho‘o Place street only will need to temporarily vacate their homes during that time. A special duty police officer will be on assignment that day to keep people off the road below the fencing area.

Due to the helicopter’s flight path, the Lanikai Pillbox trail will also need to be closed for the duration of the flights.

Project background:
This project was initiated following a November 2007 rockfall incident when a large boulder originating from private property crashed into a house located at 1063 Ko‘oho‘o Place.  The house was damaged but no one was injured.

This event prompted DLNR to conduct an assessment of a portion of its land near the top of the hillside immediately below the Lanikai “pillbox.”  Because of the potential hazards found to exist on the hillside on both DLNR and adjacent privately-owned lands, DLNR reached out to the neighboring community to determine if a more cost-effective solution could be sought that would minimize the risk of a rockfall hazard originating on either DLNR or privately-owned lands.  An agreement was reached where DLNR would bear the initial cost to install the rockfall fence within private property, while the homeowners would assume the ownership and on-going maintenance of the fence.

Working with the community toward this solution created a win-win situation. The state found a way to implement a more cost-effective solution while the neighboring community gained additional protection and reduced their risk from a rockfall hazard that may originate from the jointly owned hillside.