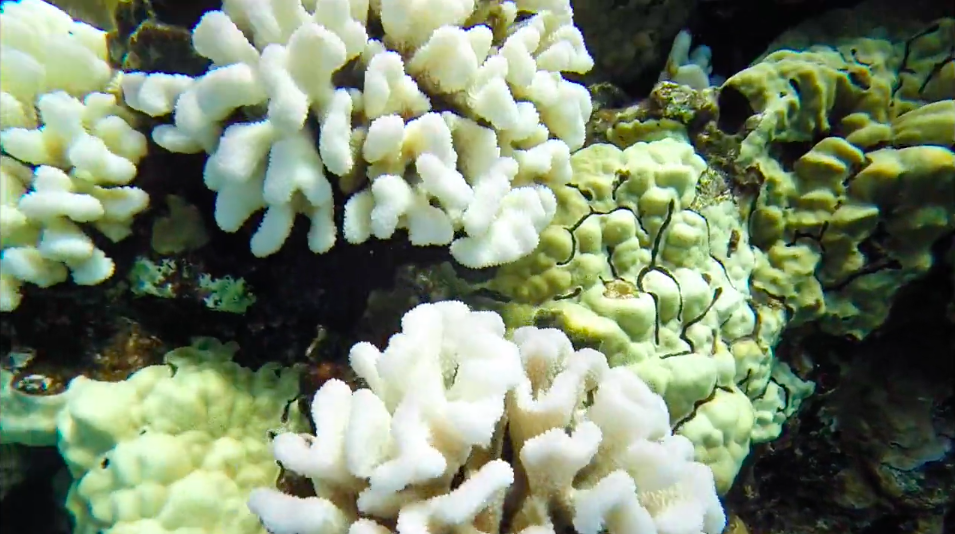 (HONOLULU) – Extensive, mass coral bleaching across the entire Hawaiian archipelago is prompting the development of a comprehensive coral reef management plan for near-shore waters in the main Hawaiian Islands.  Dr. Bruce Anderson, the administrator for the DLNR Division of Aquatic (DAR) Resources explained, “Coral bleaching in some parts of Hawaii is unprecedented in recorded history, placing our corals at much greater risk of dying.  We need to ensure our reefs are as healthy and resilient as possible to maximize the chances of recovery.” However, in a response to a recent inquiry, Anderson added “Aquarium fish collecting is not thought to contribute significantly to the problem, while declines in populations of large-scale coral scraping herbivores such as parrot fish (uhu) are a significant issue for our reef health.”

In October, the then head of the State Office of Environmental Quality Control (OEQC) asked the DLNR, to consider a temporary moratorium on commercial aquarium fish extraction in response to Hawaii’s significant coral bleaching event.  In a response to the OEQC request, DLNR Chair Suzanne Case wrote, “Commercial aquarium fish collecting, in fact, does not occur to any great extent off most of the Hawaiian Islands.  The fishery is primarily centered in West Hawaii. 15 years of data show that the herbivores making up most (92%) of the catch have increased over the years and are now more numerous there than any other place in the Hawaiian archipelago.  Significantly, no parrotfishes are taken by West Hawai’i aquarium collectors.  On Oahu, less the 20% of all the aquarium animals collected are herbivorous fishes. Again, parrotfishes are essentially not taken by collectors, averaging only 5/year recently.”

Dr. Anderson added, “The development of a statewide coral reef management plan is a top priority for DAR, given the extent and severity of coral bleaching across Hawaii the last two years.  Coral reef resilience and recovery is very complex, so the plan will have to address site-specific stressors; this can’t be a one size fits all approach.”

Dr. William Walsh, the DAR Aquatic Biologist on Hawaii Island has a long-history of collecting data on coral reefs on the Big Island.  He explained that herbivores are not created equally and ocean scientists categorize them based on what they feed on, their role on a reef and their role in coral health and recovery.  “Grazers are the main fish collected by the aquarium industry.  They crop the low-lying turf algae and include many species of surgeon fish like yellow tang.  The other two categories are browsers and scrapers/excavators.  It’s this last category that current global scientific research suggests are the key players in overall coral reef health, by regenerating coral reefs and controlling invasive algae.

These include parrot fish. We anticipate Hawaii’s management plan might address protection of grazers/excavators as well as certain species of sea urchin.”

“Addressing large-scale stressors like land pollution is a tough but important challenge. In the management plan we hope to reiterate steps that every Hawaii resident and visitor can take to help our coral reefs,” said Case.