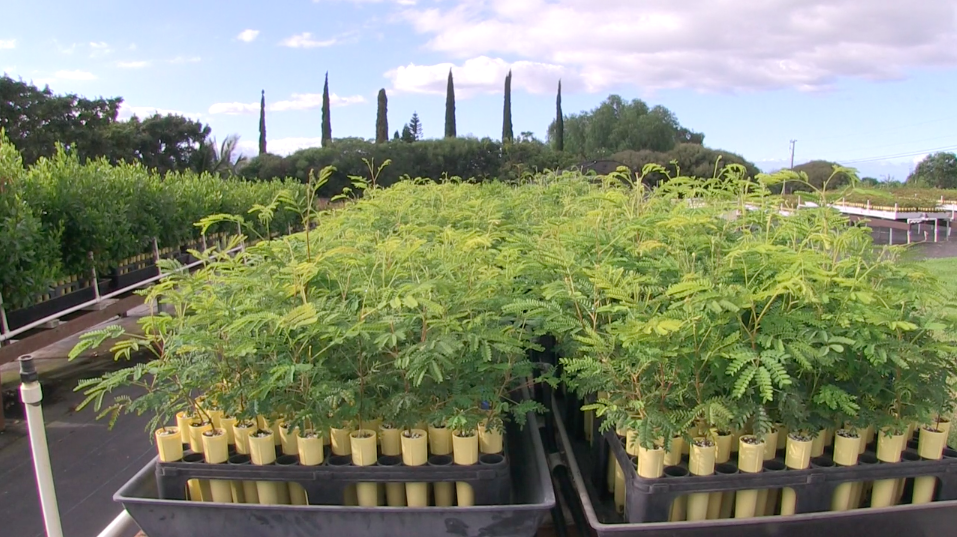 (HONOLULU) – The Kokee Forest Restoration and Recovery Project on Kauai is being recognized by the U.S.D.A. Forest Service for the 2015 Western Regional Forester’s Honor Award.  The project is ambitious in that it strives to reforest nearly 1,000 acres of burnt Eucalyptus and Pine plantations using koa and other native trees and plants.  The forest (1,000 acres) and brushland (2,000 acres) was severely scorched by three wildfires during the summer of 2012.  This unprecedented attempt to re-forest using native species is a first on State lands and thus far has involved the removal of some 6,000 tons of non-native trees burned during the fires.  Once complete, there will be over 15,000 tons of flammable biomass removed from the area.

Presently the ground is being prepared for planting thousands of native Koa seedlings, currently being raised at the Native Nursery LLC on Maui.  Early next year the seedlings will be planted in the burnt areas and carefully tended until they reach maturity.  In time it’s hoped that there will be a thriving mixed tree plantation that will serve many purposes including habitat for endangered plant and animals, forest product revenues and hunting and recreational opportunities.

The Regional Forester’s Honor Award is for leadership in a natural environment and recognizes the entire project team led by DLNR Division of Forestry and Wildlife (DOFAW) Kauai Branch Manager Galen Kawakami, Kauai Forestry Management Supervisor Patrick Porter, DOFAW State Forestry Program Manager Sheri S. Mann and many others.  Western Regional Forester Randy Moore said, “You took what many would have seen as a fire disaster and made it into an opportunity and positive example.  Thank you for all your efforts to restore the forest at Kokee.”

DLNR Chair Suzanne Case commented, “The work the team did from the onset of the fires, through today, and into the future is exemplary.  Hawaii has never experienced a series of fires like these, followed by this type of recovery and restoration.  The lessons we learned and the best practices we employed will serve us well into the future and we appreciate the U.S.D.A. Forest Services’ recognition of our efforts.”