Posted on May 6, 2016 in Boating & Ocean Recreations, News Releases, slider 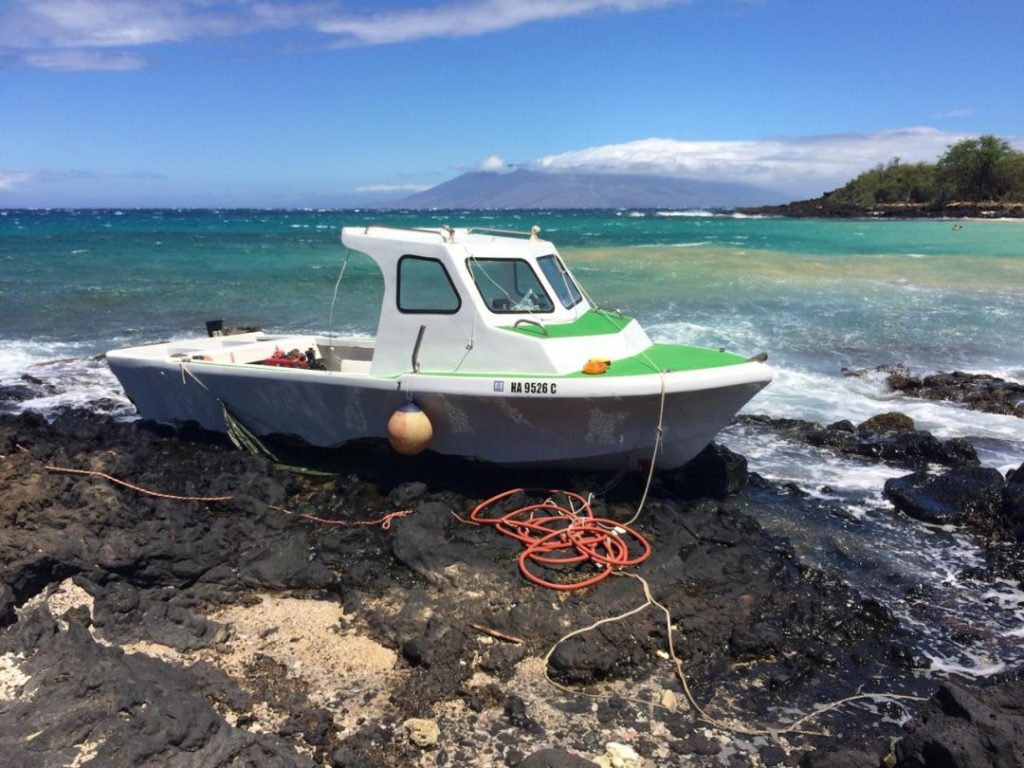 REMOVAL OF GROUNDED VESSEL
AT LITTLE BEACH PLANNED ON MONDAY

KAHULUI – Makena State Park will be closed for public safety on Monday May 9, while an early morning helicopter salvage operation is underway, weather conditions permitting, to fly out a vessel that grounded on an inaccessible part of the park shoreline.  The park will reopen as soon as this operation is completed.

The boat is resting upon the lava shoreline on the rocky point between Big Beach and Little Beach.  The Department of Land and Natural Resources’ Division of Boating and Ocean Recreation (DOBOR) has hired a salvage contractor to secure the boat with lines, then lift it by helicopter to a truck parked in the Makena State Park parking lot. It will then be towed to the company’s salvage yard where it will be assessed and further disposal will occur.

D & D Towing will arrive at the park about 6 a.m., along DOBOR’s Maui district manager and an officer from DLNR’s Division of Conservation and Resources Enforcement.  The park gates will be kept locked until the salvage operation is completed, which is estimated to take between one to two hours. Enforcement officers on site will keep people away from the flight path.

The 19 foot motor boat washed up at this location just after 6 p.m. on Sunday, April 17, 2016, Maui County firefighters responded to find the boat washed up in the nearshore area. The boat’s operator was still on the vessel securing belongings and eventually got back to shore uninjured. According to MFD, the vessel operator had apparently anchored the boat offshore of Little Beach and swam ashore to meet with friends. Later the boat, with damage to its hull, drifted towards the rocks and washed up on land on the south side of Little Beach.

DOBOR stepped in to begin plans for vessel removal once the Coast Guard had contracted for removal of fuel and oil aboard the vessel.