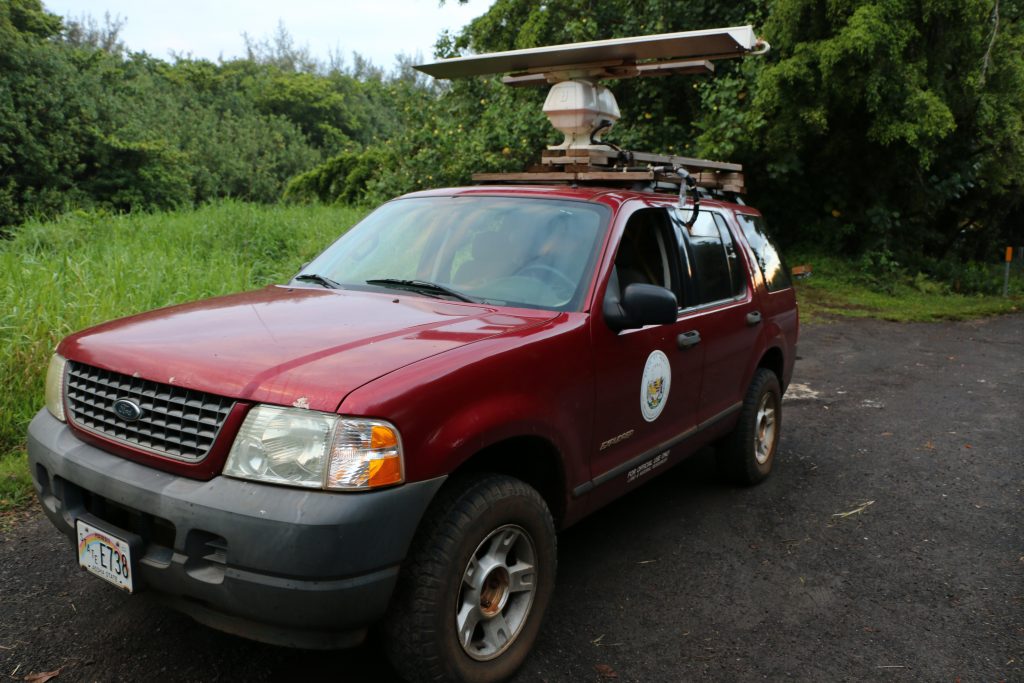 LIHU‘E – The Kauai Endangered Seabird Recovery Project (KESRP) announced today that it will continue its annual seabird radar monitoring work to once again coincide with the start of egg laying for both ‘A‘o (Newell’s Shearwaters) and Ua’u (Hawaiian Petrels) on Kaua’i.

“Our radar truck will be out surveying at 18 different sites around the island of Kauai”, said Dr André Raine, KESRP Project Co-ordinator.  “These sites have been surveyed since 1993 and provide us with over twenty years of data, which we can then use to see how the birds have been faring over the years.  Unfortunately, so far the data has shown a huge decline since the early 1990s.”

The two species of seabirds only fly back to their colonies at night, making it extremely hard for researchers to see and count them.  Radar overcomes this issue by allowing the radar operator to “see” the birds flying overhead in the darkness as a series of dots passing across the radar screen.  Radar has been used to study the movement of nocturnal seabirds on Kaua’i (and other Hawaiian Islands) for decades.

“Radar continues to be a critical tool on the Hawaiian Islands to help understand what is happening to our endangered seabirds,” continued Dr Raine.  “On Kaua’i we have 90% of the world’s population of ‘A’o and a significant proportion of the world’s population of Ua’u. They face significant threats from introduced predators – such as feral cats and rats – as well as changes in their habitats, collisions with man-made structures and the effects of light pollution.  Charting their population trends helps us to understand how the birds are doing at an island level and that information can then be used to help conservation actions designed to save them.”

Radar work will continue from June 1st until September, with a peak of activity in the month of June.  The radar truck will mainly be operational for the first two hours after dark, to track the birds as they fly inland to their breeding colonies high in the mountains.  Radar will also be operated for two hours before dawn, tracking the seabirds as they head back out to sea.  For more information on this critical component of KESRP’s work, visit the project website at https://kauaiseabirdproject.org/ or follow the project on Facebook.