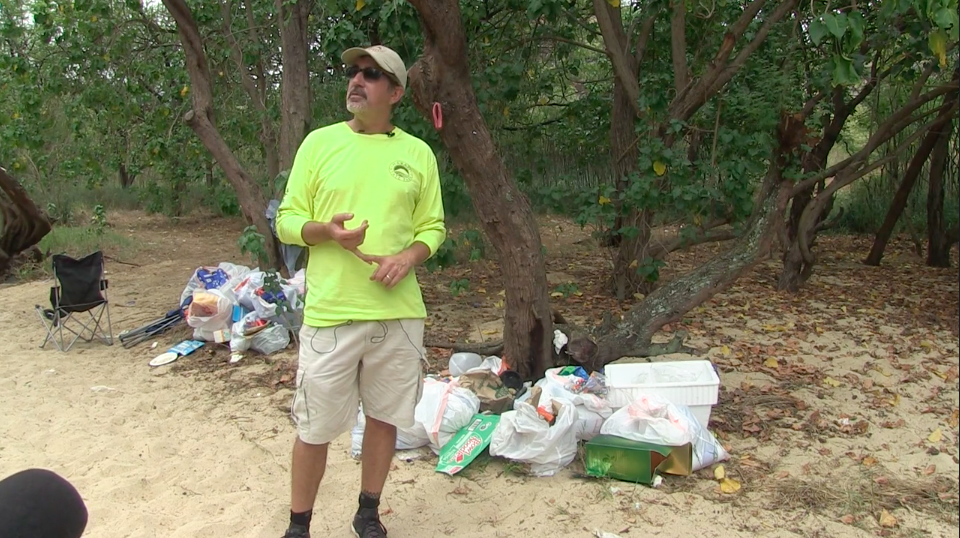 (HONOLULU) – Some campers, using the Makua section of the Ka’ena Point State Park Reserve over the holiday weekend, left piles of rubbish, toilet paper and human waste scattered throughout the vegetation. DLNR Division of State Parks Administrator Curt Cottrell said, “The continued disrespect of the Makua section and of the Keawaula section of the popular park on Oahu’s far northwestern corner, has prompted State Parks to consider a “rest period” after the busy summer season and a community stewardship effort to help determine future management options. One of those options could be temporarily closure for vehicles, while the beaches would remain open for recreation.

During a post-holiday assessment at Makua today, Cottrell used words like, “disgusting, irresponsible, unbelievable and travesty” to describe the mess some campers left behind. “Imagine,” Cottrell says, “Showing up with your family and friends to use the beach for the day at one of the stunning locations on Oahu, and you spend the first few hours cleaning up the horrible mess the people before you left.  This kind of behavior shows tremendous disrespect for the aina and other people and we have to take steps to heal the area and change the way people act.”

Cottrell believes current recreational demand for these areas, fueled by social media that promotes them, is contributing greatly to the degradation of these resources. He adds, “The wilderness ethic is decaying and human activity is seriously damaging both natural and cultural resources.” For instance, during his tour today, Cottrell spotted an actual porcelain toilet tucked into the trees, which someone was using for their outdoor privy.  At another spot a large hole, dug into the sand was filled with human waste and toilet paper.  He said, “This is a public health issue now and until we conduct further tests we can’t say whether it’s even safe for people to be in the area, because the soils may be contaminated or infected.” 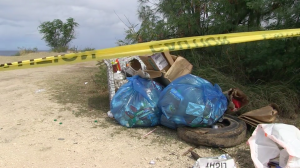 Trash along the beach

At a news conference, overlooking a long stretch of beach, marked with huge piles of trash, Micah Doane of the volunteer group, “Protectors of Paradise,” echoed Cottrell’s concerns.  With a bucket of large nails, left from pallet bonfires at his feet, Doane told reporters that he and his small team of volunteers do what they can to keep Makua clean after big holiday weekends. 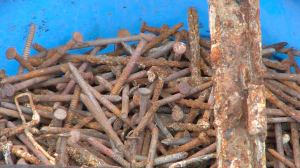 Unfortunately it’s a losing battle.  Doane added, “I grew up here, my ancestral lineage is here and I have a deep kuleana for this place.  It’s really hard to imagine what’s going through people’s minds to think that others, including the state, are responsible for removing their trash and rubbish.  What happened to personal responsibility?  We can’t continue on the current path, because we’re quickly destroying one of the islands real treasures.”

Cottrell also pointed out that a lack of staffing makes it really difficult to maintain the area and to enforce current rules.  State Parks has one maintenance worker who takes care of Makua and Keawaula.  By comparison he explains, the City and County of Honolulu Dept. of Parks and Recreation, has 135 people to provide maintenance services in county beach parks and campgrounds from Pearlridge to Makaha.  The DLNR Division of Conservation and Resources Enforcement (DOCARE) faces a similar issue, with a limited number of officers available to enforce the rules and educate people on proper etiquette.