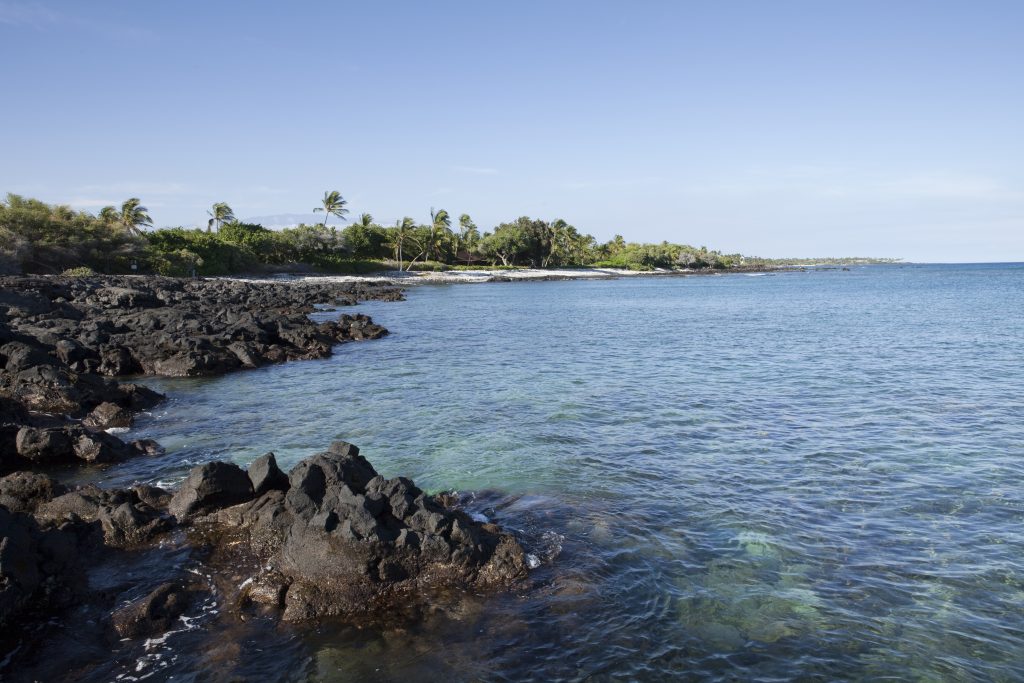 KAILUA-KONA — Governor David Ige signed a new rule last week to create a new marine reserve at Ka‘ūpūlehu, on the west coast of Hawaii island. The rule will take effect on Friday, July 29.

The new reserve boundaries will encompass the existing Ka‘ūpūlehu Fish Replenishment Area.  The rule establishes a 10-year near shore no take “rest period” —with limited exceptions—to allow for the recovery of reef fish stocks prior to the implementation of a fishery management plan for Ka‘ūpūlehu.

“The establishment of this reserve is largely due to the steadfast commitment and efforts of many community members, including long-time fishermen and native Hawaiians who live and fish in this area.  They worked for more than 17 years to get support for the Ka‘ūpūlehu Reserve,” said Suzanne Case, chair of the Department of Land and Natural Resources.  “As a result of the rest period, we can expect to see more uhu and other reef fish critical to the health of the coral ecosystem at Ka‘ūpūlehu and surrounding areas.”

“Marine reserves and “rest” areas have proven to be effective in many other areas of Hawai’i and around the world,” said Bruce Anderson, administrator of the Division of Aquatic Resources.  Coral reef ecosystems can recover in just five to 10 years under the right conditions, and the Ka‘ūpūlehu area was a very productive fishery historically. We will monitor the abundance of fish and coral cover annually, and develop a responsible management plan that should allow for at least some types of fishing to resume once the rest area is re-opened,” said Anderson.

The rule prohibits the take or possession of any aquatic life within the reserve boundaries, from the shoreline seaward to the 20-fathom (120-foot) depth contour.   Beyond of the 20-fathom depth contour, hook-and-line fishing is allowed for the following bottom fish, pelagic, and introduced species: ‘opakapaka, kalekale, lehi, gindai, onaga, ehu, hapu‘upu‘u, uku, nabeta, aku, ahi and tombo, a‘u, ono, mahimahi, ta‘ape, toau, and roi; also Kona crab may be taken by Kona crab net.  (See administrative rule for species names.)

The rule also prohibits the possession or use of any fishing gear other than hook-and-line and/or Kona crab net within the reserve; and deploying any fishing gear shoreward of the 20 fathom depth contour.

A map of the area and GPS coordinates of the boundaries can be found at:

In 1998 the Legislature designated the West Hawai‘i Regional Fishery Management Area (FMA) to address declining aquatic resources resulting from improved shoreline access along the Kona coast.  The law, Hawai‘i Revised Statutes chapter 188F, required DLNR to identify and designate areas within the FMA as fish reserves where no fishing of reef-dwelling fish is allowed.

The Department of Land and Natural Resources (DLNR) held a combined public information meeting and formal public rulemaking hearing on February 11, 2016 in West Hawai‘i to amend Hawaii Administrative Rules (“HAR”) Title 13, chapter 60.4, to establish the Ka‘ūpūlehu Marine Reserve.  The rules were approved by the Board of Land and Natural Resources (BLNR) on May 27, 2016.