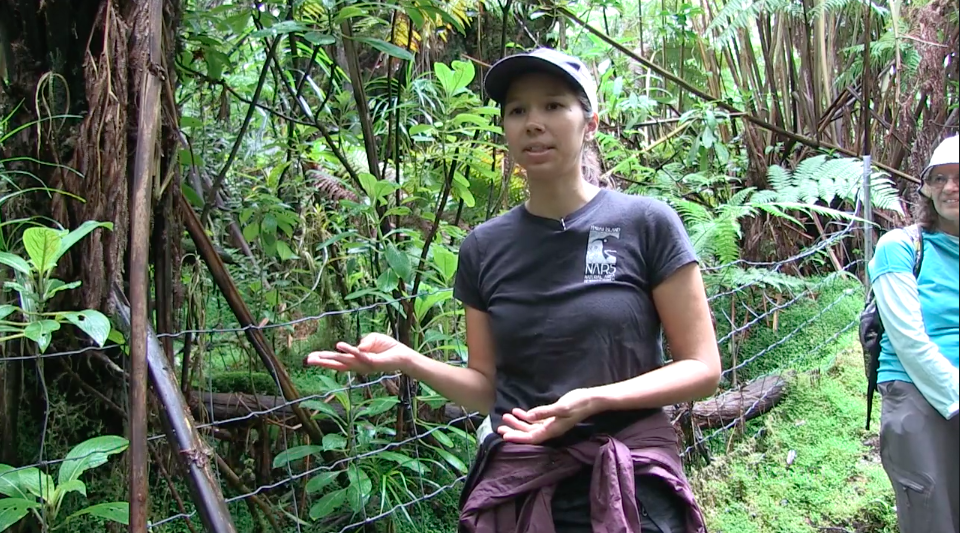 (Molokai) – Scattered across an expansive coastline of valleys, sea cliffs, boulders, and beaches, is a problem that affects everyone.  “It doesn’t matter the name you give it, marine debris, ocean litter, coastal trash, or where it came from,” says James Espaniola of the Department of Land and Natural Resources. “The best thing to do is to get busy and do something about it.” That is exactly what The Nature Conservancy Molokai (TNC-Molokai), Kalaupapa National Historical Park (KNHP) and the DLNR Division of Forestry and Wildlife’s (DOFAW) Natural Area Reserves System decided to do.

Starting off the summer were short trips by TNC-Molokai, KNHP, Youth Conservation Corps interns, and volunteers covering 11 miles of the coast at Moomomi, Kalaupapa, and the remote valleys of Waikolu and Wailau. Sustainable Coastlines Hawaii also had its third annual coastal cleanup along 3.5 miles in Moomomi, loading up a 40-foot container. In late July, DLNR staff and the members of the East Molokai Watershed Partnership took on the challenge of covering an expansive area from Halawa to Waikolu, the most remote coastline on the island. Over 10 days  they worked along bouldered shores, tangled hala forests, and at times passed along the remains of old Hawaii. With no roads, trails, or harbors, the only signs of civilization are countless tour helicopters and lots of trash.  It comes from everywhere.

Complex logistics were needed to mitigate the hazards and avoid dangers involved in working in the tough terrain of surf, sea cliffs, and areas impassable by foot. There were many other obstacles, like an enormous tractor tire that almost maxed out the helicopters’ 1,000-pound carrying capacity. The challenging mission was funded by a State appropriation to DLNR to respond to marine debris.  With the help of skilled chopper pilots, boats and donated jet ski support,staff, interns and volunteers cleaned almost every place where trash could accumulate between Kalaupapa and Halawa.

All trash was flown down the coast to Kalaupapa National Historical Park. Staff and volunteers of Sustainable Coastlines Hawaii then sorted what was going to be recycled and what was going to be burned for energy on Oahu.  This effort ensured that none of the 30 dump trucks (16 tons) full of rubbish will go into landfills.  The 22 miles of Molokai’s most remote and untouched coastline, includes two Natural Area Reserves – Olokui and Puu Alii. “The purpose of the NARS is to protect Hawaii’s most pristine and wild places” said Suzanne Case, DLNR Chair. The 21 NARS on five islands range from high mountain forests filled with rare birds to coral reefs. DLNR and multiple partners battle a wide range of threats to protect these places, with the main focus as invasive species removal. Native wildlife and plants on the edge of extinction depend on this work to preserve the health of these areas.  “We too depend on these NARS, not just as a scenic places or tourist attractions,” says Case. “The forests supply and purify our fresh water. The reefs are nurseries for fish. These places perpetuate Hawaii’s cultural connection with nature. These places make Hawaii, Hawaii.”