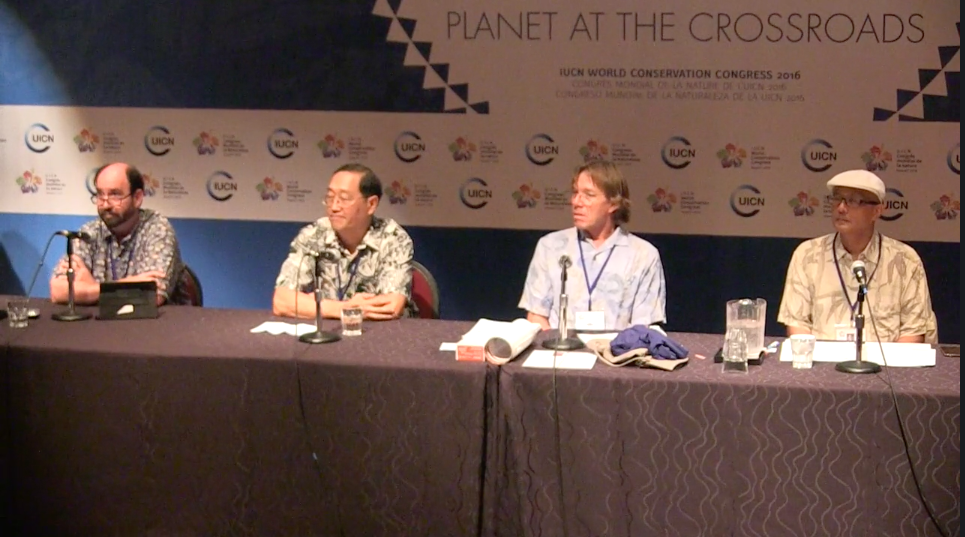 (Honolulu) – A compound commonly found in sunscreens has been shown to cause serious harm to corals,
and the Department of Land and Natural Resources (DLNR) is asking people who enter the ocean to avoid using sunscreens which contain oxybenzone. 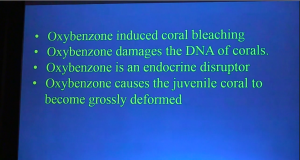 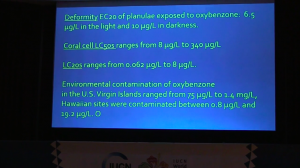 Recent studies have shown that oxybenzone causes deformities in coral larvae (planulae), making them unable to swim, settle out,

and form new coral colonies.  It also increases the rate at which coral bleaching occurs.  This puts coral reef health at risk, and reduces resiliency to climate change. 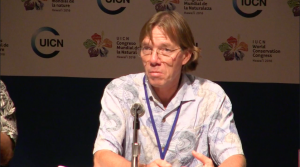 At the Ahihi-Kinau Natural Area Reserve on Maui, NAR specialist Jeff Bagshawhas made sunscreen outreach a priority.  He’s created cards to pass out to visitors who frequent the snorkeling spots there.  The cards list 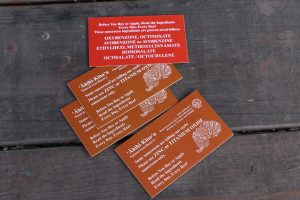 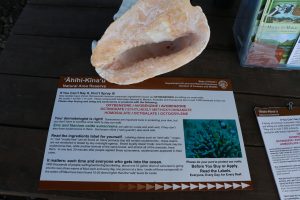 sunscreen chemicals in addition to oxybenzone which some scientists 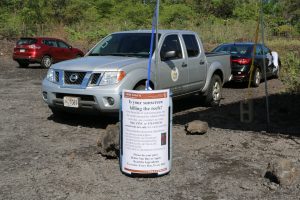 believe may have negative impacts on corals.
He and his volunteers try to talk to everyone who pulls into the parking lot to encourage them to begin only using products with zinc oxide or titanium dioxide as the active sunscreens.