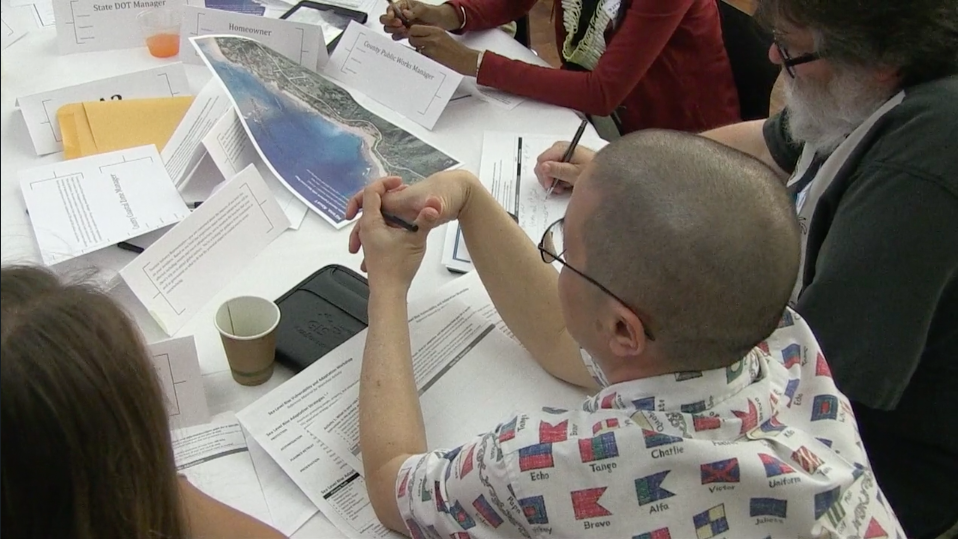 Atmospheric concentrations of carbon dioxide and other greenhouse gases, including methane and nitrous oxide, are increasing due to human activity.  Climate change has the potential to profoundly impact our wellbeing and way of life.  Dr. Chip Fletcher, from the University of Hawai‘i School of Ocean and Earth Science and Technology said, “Sea level rise is a special problem for Hawaiian coastal communities.  As seas rise, shoreline neighborhoods will experience increased exposure to storm surges, tsunamis, seasonal high waves, erosion, and groundwater inundation.  These lead to problems with beach loss, damage to roads and homes, flooding in urban areas, and rising economic and environmental losses.”

The Hawaiʻi Climate Adaptation Initiative Act (Act 83) was signed into law in June 2014. Act 83 established an Interagency Climate Adaptation Committee (ICAC) to address the effects of climate change to protect the State’s economy, health, environment, and way of life.

According to Sam Lemmo, the administrator of the DLNR Office of Conservation and Coastal Lands and ICAC co-chair, “The first task of our committee is to develop a statewide Sea Level Rise Vulnerability and Adaptation Report (SLR Report) which is due to the Hawaiʻi State Legislature by the end of 2017. This report, which will be the first of its kind in Hawaiʻi State Government, will provide detailed maps to show the state’s most vulnerable areas for erosion and flooding that will likely take place in 2030, 2050, 2075 and 2100, and how it will affect our coastal areas and ultimately, our way of life.”

The SLR Report will include adaptation recommendations by sector and how to strategize and prioritize the movement of critical infrastructure and people over the next few decades.  Another important aspect of the Report process, the ICAC, and the Hawaiʻi Climate Adaptation Initiative is to create a framework for a State Climate Adaptation Plan that will improve coordination and organization of all climate adaptation efforts at the local, State, and federal levels for the Hawaiian Islands.

The ICAC and the Sea Level Rise Vulnerability and Adaptation team are working to design a framework or blueprint for sea level rise adaptation that will provide the impetus for actions necessary to mitigate catastrophic social and economic effects resulting from rising seas.