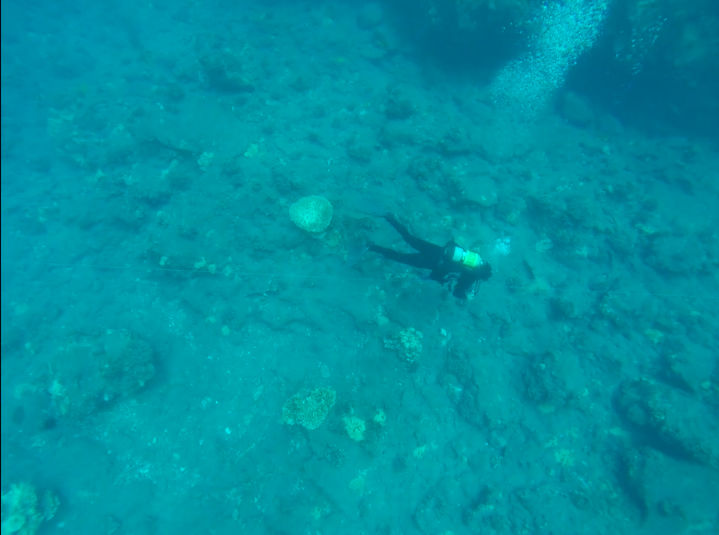 (Honolulu) —  Following severe coral bleaching events in 2014 and 2015 within Hawai‘i’s ocean waters, the Department of Land and Natural Resources Division of Aquatic Resources (DAR) has been working to identify management actions that can be taken to promote post-coral bleaching recovery and resiliency in Hawai‘i’s coral reefs.

Bruce Anderson, DAR administrator, said “The state is currently on the cutting edge of applying climate resiliency-based management, and the benefits from its close partnerships with coral science experts both here and around the world.  DAR is committed to implementing effective management strategies within its abilities, including fisheries and habitat rules.”

Dr. Ruth Gates, Director and Researcher at the University of Hawai‘i’s Institute of Marine Biology explains, “Coral bleaching is an increasing threat to the health of corals reefs both in Hawai‘i and globally. The State of Hawai‘i has taken a very proactive stance in convening the management, conservation and scientific communities and developing a coordinated response to protect Hawai‘i’s critical coral reef assets in the face of this urgent problem.”

Coral bleaching is a stress response in which the coral animal expels algae-producing organisms called zooxanthellae that live within their tissue.  Once the zooxanthellae are expelled, the coral is in a weakened state and is more vulnerable to stressors including disease. If high temperatures are sustained, a coral bleaching event can lead to coral mortality.

To address this DAR aquatic biologists began by gathering information and surveying more than 80 coral experts and scientists. Additionally they reviewed all existing scientific literature – a synthesis of over 200 articles.

DAR biologist Dr. William Walsh said of his team’s findings from in-water surveys in West Hawai‘i, “We observed an average coral mortality of 50% in the West Hawai‘i region, which holds some of the state’s richest coral reefs. Unfortunately this area also experienced the highest sustained ocean temperatures during the 2015 coral bleaching event.”  On Maui, DAR biologist Russell Sparks reports, “coral mortality in the hardest hit areas on Maui were between 20-30%.”

Last month, a workshop involving 44 Hawai‘i-based scientists and managers applied a Hawai‘i lens to the information previously gathered as well as to identify management recommendations in four priority locations: West Hawai‘i, West Maui, Kane‘ohe Bay, and North Kaua‘i.  These areas were chosen because they were exposed to the most severe thermal stress during the 2014 and 2015 bleaching events.

One of the outputs of this workshop was a list of top statewide management recommendations to promote coral recovery.  The top-rated action in this exercise was to “establish a network of permanent, fully protected, no-take Marine Protected Areas (MPAs).”  MPAs may help corals recover from a bleaching event by removing additional environmental and human-caused stressors, including overfishing.

Reduction of land-based pollution including sediment and nutrient runoff was also a high priority, which can smother corals or introduce toxic substances into the environment.

Additionally, the protection and efficient management of herbivorous, or algae-eating, fish and invertebrates was discussed as a critical action.  Herbivores remove excess algae, which can quickly take over a coral reef affected by bleaching.  Specific next steps for scientists and managers were identified for each priority site.  It was clear from these groups that a clear and data-rich decision-making process needs to be developed, focusing on where and exactly how to implement the management actions identified through this workshop.