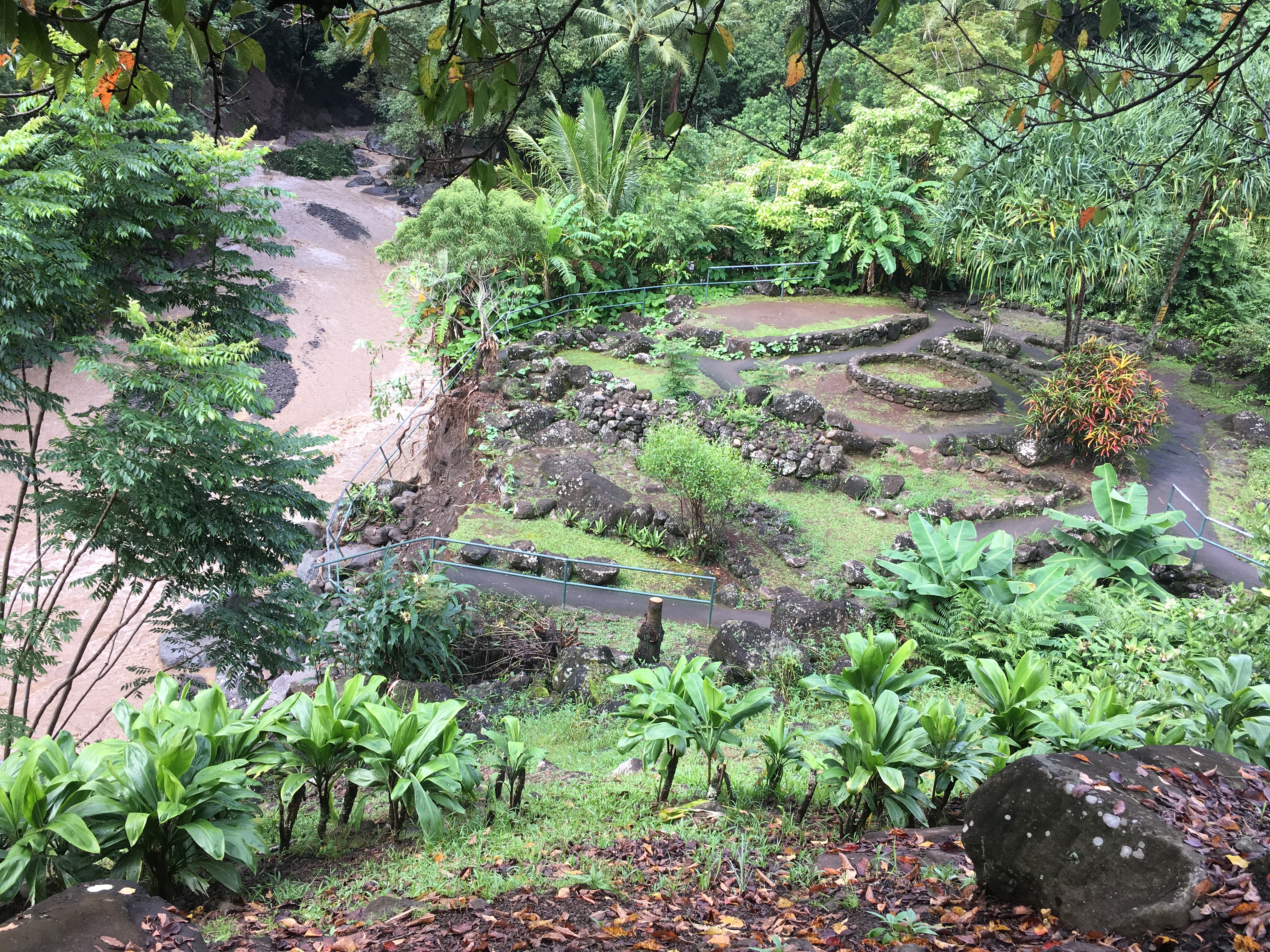 WAILUKU, MAUI —  ‘Iao Valley State Monument, Maui, will remain closed indefinitely due to extensive damage from heavy rain and flooding the night of September 13 and early morning on September 14, 2016.  Notice of the park closure is posted at https://dlnr.hawaii.gov/dsp/

The flooding of ‘Iao stream also significantly damaged the Kepaniwai County park downstream and road to the park, which are also closed, as well as a number of residences.  Due to hazardous conditions, access to ‘Iao Valley is currently restricted to 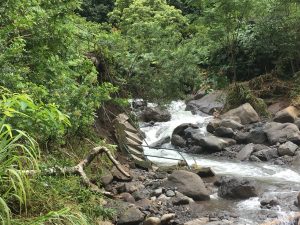 “Our inspections show that ‘Iao Stream course has changed and is significantly wider, cutting into state park land that contained public access features. The stream is heavily silted and cobbled with new material and landslides on both sides of the stream are evident,” said Curt Cottrell, Department of Land and Natural Resources State Parks division administrator.

Within the lower portion of ‘Iao state park, sections of the two popular loop trails along the stream have washed away, and there is no longer any remaining land to rebuild them where they originally were.

On Wednesday, clear water in Kinihapai Stream, the smaller stream that passes under the park’s iconic pedestrian bridge, did not seem to indicate any landslides upstream. It seems not to have widened or changed course.  However, during inspections, the stream level remained quite high, covering the base of the foundations for each end of the bridge, preventing inspection of the bridge supports. 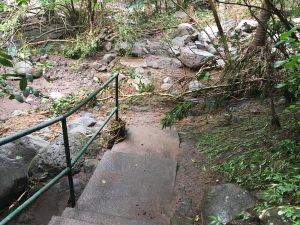 The turning area that tour buses take to get to their parking area is just above an area of significant erosion that may have affected the stability of the lower parking lot.

“We are planning to hire an engineering consultant to evaluate the stability of the lower parking lot where tour buses park. An examination is also planned for the footings of the pedestrian bridge,” said Cottrell.

“If the parking lot and bridge both are shown to be intact and stable, State Parks will proceed to remove debris, and allow limited access to portions of the trail, while needed repairs can be started. Access is predicated on Maui County effort to restore safe vehicular use of the lower roadway,” he said.

Park areas not adjacent to either of the streams do not appear to have suffered any significant damage.

Maui State Parks staff have been notifying tour companies of the park closure.

‘Iao Valley is rich in cultural and spiritual values and is the site of the battle of Kepaniwai where the forces of Kamehameha I conquered the Maui army in 1790. (6.2 acres). The park is most famous for a scenic viewpoint of Kuka‘emoku (ʻIao Needle), an erosional feature which abruptly rises 1,200 feet from the valley floor.