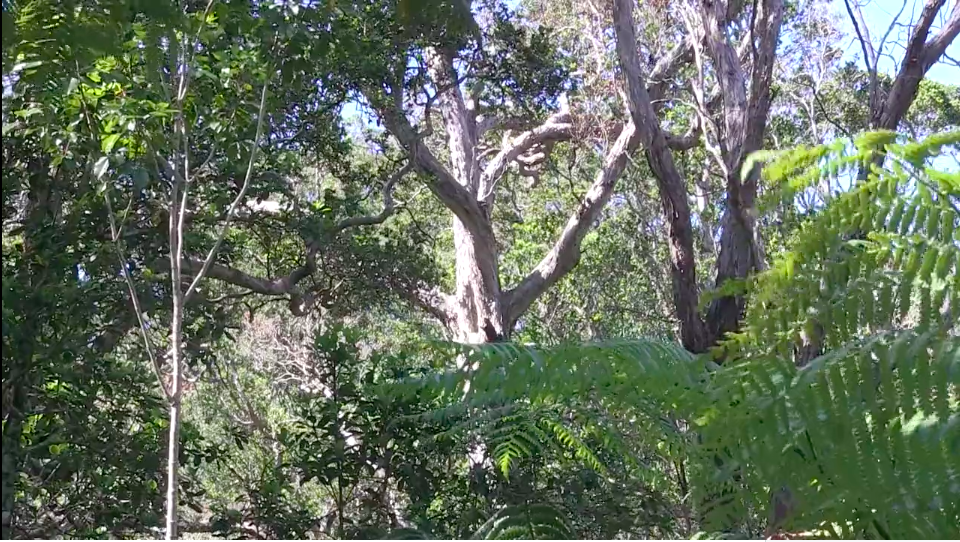 (Honolulu) – Lead scientists in the fight against Rapid ʻŌhiʻa Death on Hawaii’i Island joined Governor David Ige and other top policy makers for the first-ever Rapid ʻŌhiʻa Death Summit, today at the Hawaii’i State Capital Auditorium. Speakers provided situation reports on the disease and presented the recently completed, strategic response plan which will guide the statewide response to this dire threat to Hawaii’s most iconic tree species.

The fungal disease has devastated more than 50,000 acres of native ʻōhiʻa, one of Hawaii’i’s most prized and culturally important forest trees. Understanding the disease and how to prevent or slow further spread is a top priority of the Executive Branch.  Gov. Ige, who provided the welcome and opening remarks said, “Rapid ʻŌhiʻa Death” has prompted the mobilization of several state and federal agencies and is a top priority for leading researchers who are learning more about this disease as they work to stop it from spreading.”

The Rapid ʻŌhiʻa Death Summit, was open to the public, and included a presentation on the biocultural importance of ʻōhiʻa by Dr. Samuel M. ‘Ohukani‘ōhi‘a Gon III, of The Nature Conservancy of Hawaiʻi. Dr. Gon explained that the primary cultural underpinnings of ʻōhiʻa support the notion that it is perhaps the most significantly cultural tree in Hawaii’i. He traced the cultural importance of the species as a physical manifestation of the Hawaiian deity Ku and as a tree used for weapons, tools, building, hula dancing sticks, lei, food for birds and medicines for people. It is considered the most important tree for the protection of Hawaii’i’s forest watersheds.

A panel of state and federal experts discussed and updated the latest research and management actions. Dr. Lisa Keith of the U.S. Department of Agricultural Research Service explained, “The identification of the ceratocystis fungus used to take two-four weeks to confirm in the lab.  We can now test very small samples of a tree’s DNA and determine within 24 hours if this fungus is killing it.” “Unfortunately” she continued, “there is no silver bullet (for a treatment) and the science is important for informing management decisions.”

Dr. Flint Hughes with the U.S. Forest Service Institute of Pacific Islands Forestry painted a grim picture for the future of native ʻōhiʻa forests if the disease continues unchecked.  He said, “We currently have 52, one-quarter acre monitoring plots on Hawaii’i island. These are in places where the fungus has killed trees and our data shows that 11% of the ʻōhiʻa, on average, in these plots, will die each year.  If there are 100 ʻōhiʻa in each plot, this means in about a decade all of the trees there will be dead.” In some areas the mortality has been 100%.

Dr. Gordon Bennett of the UH Mānoa College of Tropical Agriculture and Human Resources is one of the researchers collaboratively investigating the linkage between non-native beetles and the spread of Rapid ʻŌhiʻa Death. He explained that these wood boring beetles are attracted to unhealthy trees and set up homes (galleries) in them.  Currently he and other researchers are looking at pest control and management strategies based on science.  Bennett said, “We’re just starting in this area.  It’s a new challenge.”

Dr. Greg Asner of Stanford University’s  Carnegie Airborne Observatory detailed the use of laser guided imaging spectroscopy to produce 3D imaging that shows the size and precise location of trees to within six inches. He explained, “We’re trying to use this technology to look ahead in time. This technology even allows us to measure 15 different chemicals in tree foliage, which is like going to a doctor for a blood test.” Data from the 3D aerial surveys conducted in January of this year is currently being analyzed and results are expected to be available around the first of the year.

Rob Hauff, a forester with the DLNR Division of Forestry and Wildlife, wrapped up the morning session by revealing the newly developed Rapid ʻŌhiʻa Death Strategic Response Plan, which is guided by the bicultural significance of ʻōhiʻa. Hauff explained, “The goal of this plan is to provide a roadmap that conveys what the situation is and where we need to go to manage this.”  To implement the plan, it calls for funding of a little more than $10 million over the next three years for research, response, recommendations, outreach, and management strategies.

Today’s presenters were a few of the front-line researchers, forest managers and policy makers, who’ve been working since late 2014 to try and identify the cause of the disease and how it spreads.  Their findings prompted a strict state Dept. of Agriculture quarantine which restricts movement of all ʻōhiʻa wood, soil, and Metrosideros species plants and plant parts from Hawaii island to the other islands. The state also has publicized and distributed protocols to inform the general public and forest users about steps they can take to further prevent the spread of this disease (see www.rapidohiadeath.org).

Hauff and Christy Martin of the Coordinating Group on Alien Pest Species (CGAPS) organized the Rapid ʻŌhiʻa Death Summit.  Martin said, “This is the first time we’ve had all the principal players in the fight against this disease in one place, to provide background to decision-makers and the public.  People are eager to understand what’s happening to ʻōhiʻa, and what more they can do.”