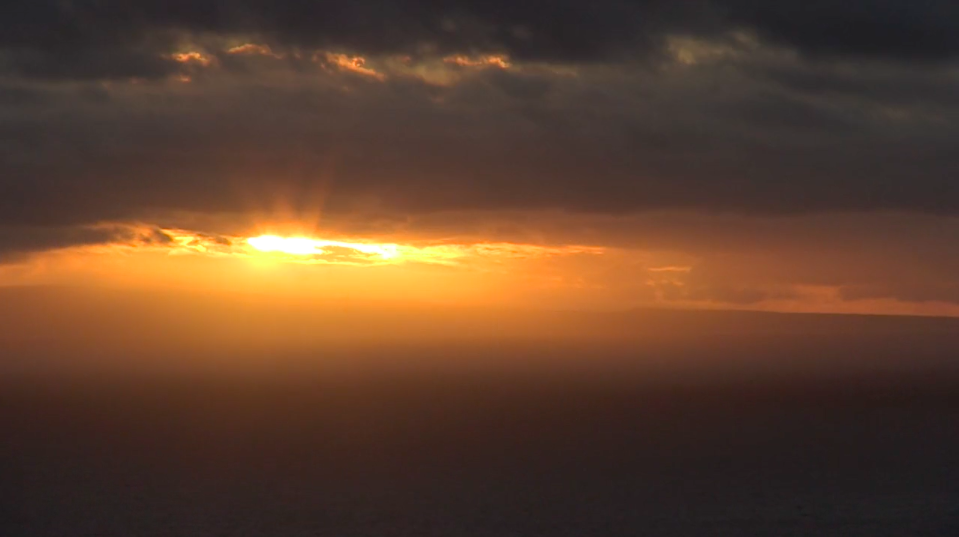 Now in its sixth year,  Hawai‘i’s First Day Hike, is one of a series of New Year Day hikes held in state parks around the country. Curt Cottrell, Division of State Parks administrator, personally organizes the Aloha State’s annual hike.  While it is an easy walk up the paved path, participants are awarded with spectacular 360 degree views of the east side of O‘ahu, of Moloka‘i and Maui, of passing Humpback whales, and of course the rising sun over the Pacific Ocean.  Cottrell said, “There are probably few places in a state park anywhere in the country, where people can actually watch the first sunrise of a brand new year, like we can here in Hawai‘i.”  This year did not disappoint…despite some low level cloudiness to the east, an estimated 700-800 First Day hikers were rewarded with a spectacular sunrise at 7:09 a.m.

First Day Hikes are designed to expose America’s vast collection of state parks to local residents, as well as to visitors.  It’s consider a great way to encourage people to get out and enjoy their parks, spend quality time with friends and family, and to kick-off a healthier lifestyle.  Several participants at today’s hike said their New Year’s resolution was to exercise more and the First Day Hike is a way to demonstrate, in the first few hours of 2017, their commitment toward this.

Hawai‘i’s First Day Hike has the distinction of being one, if not the best attended, hikes in the country.  It also is notable for its celebration of culture alongside nature.  The sunrise is greeted with a traditional Pū (blowing of a conch shell) by Gabe Spencer, followed by a performance from the Taiko Center of the Pacific.  New this year, was a performance by three bagpipers, who happened to show up and were recruited by Cottrell to play for the crowd. He said, “We recognized our Hawaiian host culture, the Asian culture, and the European culture all in one place, all at one-time, and with one of the most stunning, scenic backdrops anywhere. “This is always a very memorable start to a new year and we know some folks have made the First Day Hike, each of the past six years.  That tells us, that with each passing year, this has become a tradition and the way many people have chosen to mark New Years Day,” Cottrell explained.