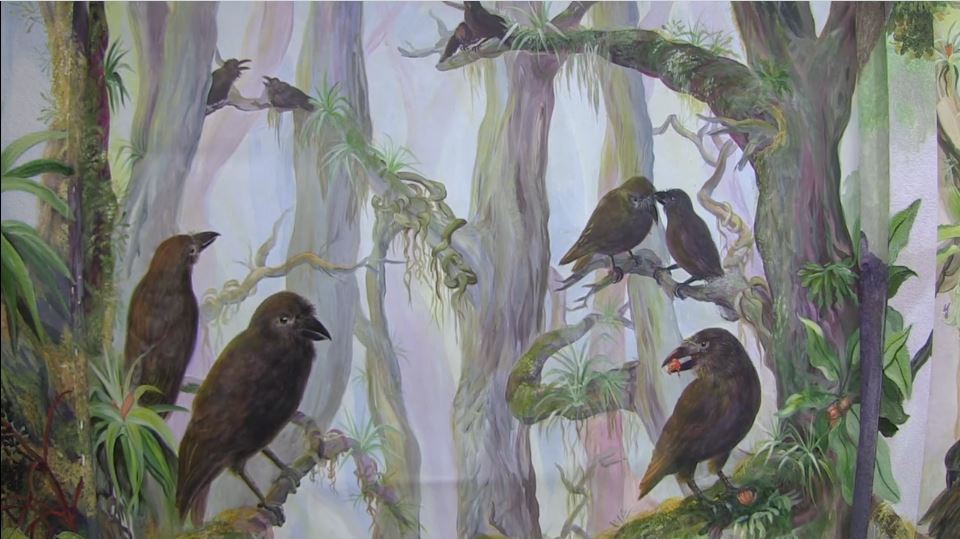 (Honolulu) – The latest DLNR & You television special, The Endangered Forest Birds of Hawai‘i, documents the efforts of dozens of organizations and hundreds of people across the state to halt the extinction of critically endangered forest birds.

DLNR Chair Suzanne Case said, “We hope this show brings the serious plights of these native birds into our homes.  When you see a tiny ‘Akikiki (Kaua‘i honeycreeper) in the forest or hear the call of the native crow, the ‘Alalā, it reinforces why so many people are undertaking some pretty extraordinary steps to reverse the downward trend of numerous forest bird populations.  The birds have long been part of Hawai‘i’s natural landscape, and culturally they’ve been revered for centuries by Native Hawaiians.”

Photographed over the course of nearly two years, “The Endangered Forest Birds of Hawai‘i, transports you deep into the Alaka’i Plateau on Kaua‘i, where the Kaua‘i Forest Bird Recovery Project (KFBRP) is working with numerous partners to try and save three endangered species of tiny birds on the brink of extinction (‘Akikiki, ‘Akeke’e, and Puaiohi). Dr. Lisa “Cali” Crampton, the KFBRP Project Leader commented, “The most recent estimate for the number of ‘Akikiki is 450 birds, give or take fifty.  The worst thing that could happen is for any of these forest birds to join the list of twenty-three endemic bird species that have gone extinct since 1778. All of our partners and everyone working to reverse these trends are excited to show viewers around Hawai‘i some pretty astonishing projects underway to save these amazing forest dwellers and their native homes.”

The show chronicles some of these remarkable projects and the people working in some really tough environments, toward the common goal of preventing further population reductions and ultimately extinction.  In one segment you can watch as a staffer from San Diego Zoo Global climbs a freely suspended ladder, 40-feet in the air, to collect marble-sized eggs from a treetop nest in an ʻōhiʻa tree. Another segment is dedicated to “The ‘Alalā Project,” which for several decades has worked tirelessly toward the reintroduction of captive-raised ‘Alalā, back into the Pu’u Makaʻala Natural Area Reserve on Hawai‘i Island. You’ll see, first-hand, the tremendous amount of work being done by a broad collaboration of federal, state and non-profit partners to be sure the birds continue to exist and thrive in their natural habitats.

The Endangered Forest Birds of Hawai‘i, airs on KFVE-TV (K5) on Saturday, Jan. 21, 2017 at 6:30 p.m. and again on Sunday, Jan. 22, 2017 at 9:30 p.m.  It will be available on line for viewing after 7 p.m. on Jan. 21st at https://vimeo.com/199157463. This is the third DLNR & You television special to have been broadcast by K5.  In 2016, Renegades, Risks and Rewards of the Napali Coast, traced the work of the DLNR Division of State Parks and Division of Conservation and Resources Enforcement to clean-up the fabled Napali Coast State Wilderness Park.  The second show, The Endangered Sea Birds of Kaua‘i, describes the plight of native seabirds, very much like the same issues facing forest birds.  Airtime for all three programs is provided by the Hawai‘i Tourism Authority.