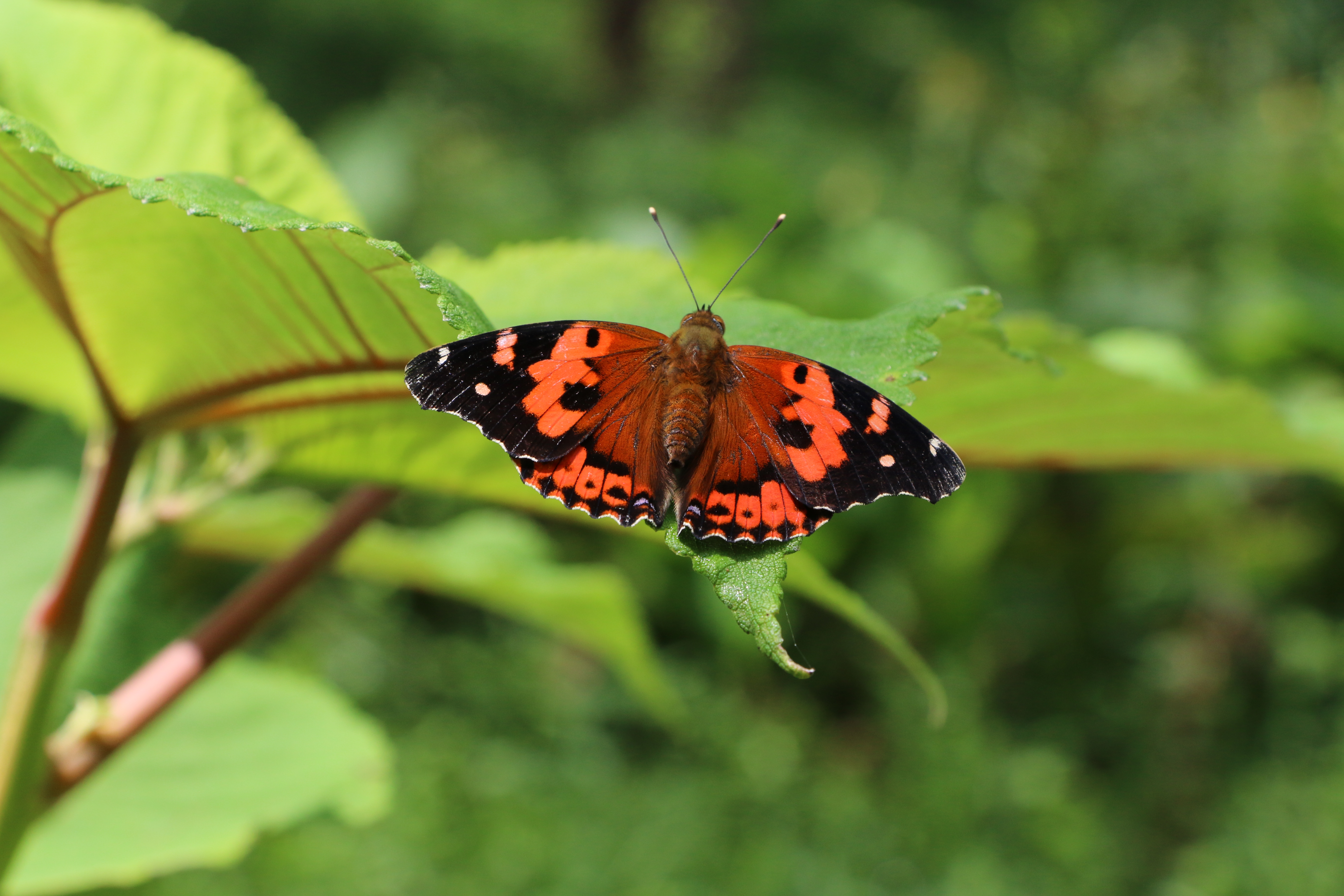 (Honolulu) – This week, eight years after the Kamehameha Butterfly was designated as the Hawai‘i State insect, 94 of the stunning, captive-raised butterflies, were released in the Kawainui Marsh. This is both the culmination of and the beginning of an unusual path towards species conservation.

Back in 2009, a small group of 5th graders at Pearl Ridge Elementary engaged in a project that captivated them.  For their teacher it wasn’t enough to simply teach about government and how legislation is created.  She challenged her students to introduce a bill to designate the first state insect. The subsequent chain-of-events can be likened to ‘the butterfly effect’.  That concept was first coined by meteorologists to explain how small causes can have large effects.

Kristi Kimura was 11 years old at the time, but she remembers it vividly. After narrowing their search to two finalists, the class voted. It was between the Kamehameha Butterfly or pulelehua (Vanessa tameamea) and the Hawaiian happy-face spider.  Kimura recalls, “We figured having a spider wouldn’t be great since a lot of people don’t like them and felt the butterfly represented the islands better since it was named after King Kamehameha.”  Now studying biology at Seattle University, Kimura laughs, “I realize now that spiders aren’t technically even insects!”

The species’ conservation status also factored into their decision.  While not yet endangered, the pulelehua had been disappearing from areas like Tantalus in the southern Ko‘olau Mountains, where it had previously been common.  “We figured if we got it approved as the state insect, people would become informed and efforts would be made to try and protect it,” said Kimura.

The class’s wish has been realized through a combination of public interest and hard work by numerous partners.  On release day staff from the DLNR Division of Forestry and Wildlife (DOFAW), surround a mesh carrier filled with butterflies.  Almost immediately, the first one flies up towards the treetops to the group’s delight.

Cynthia King of DOFAW’s Hawai‘i Invertebrate Program explained, “After the species was designated as our state insect, several members of the public contacted legislators.  They were concerned they weren’t seeing pulelehua as much anymore and asked what was being done to help them?”

In Hawai‘i, often referred to as the extinction capital of the world’, it is often only when species become extremely rare that resources are secured to save them.  King continued, “We realized how little we knew about our state insect, but saw this as a species we could take steps to stabilize before it reached that critical point”.

The Kamehameha Butterfly is one of only two native butterfly species in Hawai‘i.  Its ancestors made it here from North America or Asia millions of years ago.  Adults are orange with brown, black, and white markings.  The light-green caterpillars feed only on native species in the nettle family, primarily māmaki. They don’t consume non-native plants like crownflower or milkweeds, which are favorites for the introduced monarch butterfly.

Dr. William Haines, a University of Hawai‘i research entomologist, was hired through the UH Center for Conservation Research and Training to lead reintroduction efforts. His position was funded by the state and the U.S. Fish and Wildlife Service through the Pacific Cooperative Studies Unit.   His first task was determining the butterfly’s distribution.  He said, “We decided to set up a website for people to send in their sightings, so we could log them on a map.”  Confirmed on most of the main Hawaiian Islands, the pulelehua occurs mostly in gulch or stream habitats where host plants are common.  Using sightings from the website, scientists created a map of suitable habitat based on rainfall, temperature, and elevation. That gave them an idea of where the butterfly should be reintroduced.

Another study by University of Hawai‘i graduate student Colby Maeda investigated causes of mortality.  Overall, it’s thought that habitat destruction, and predators such as ants, are having the biggest influence on their decline.  This brings the project to its third stage: captive-rearing for release, which is expected to continue over the next two years.

Few people realize that real-world conservation is as much trial and error as scientific process.  Haines said, “Getting them to mate in captivity was the hardest part of raising them.  There was one paper from the 80’s about a related species, but pretty much nothing was known about the mating habits of our pulelehua.”

DLNR/DOFAW has a new insect lab, where state and federal funding has provided the tools needed to conserve rare Hawaiian insects and tree snails.  The breeding program has been so effective that taking care of caterpillars has become a full-time job.  With an entire life cycle of only about 45 days, turnaround times are quick.

The Honolulu Zoo has signed on to assist with the breeding program.  A new exhibit is set to open there this year which allows the zoo to assist in housing some of Hawai‘i’s rarest native invertebrates. Honolulu Zoo Curator and Conservation Chair, Laura Debnar said, “It was the International Union for the Conservation of Nature (IUCN) World Conservation Congress that really led to this.”  An IUCN representative encouraged zoos to play a stronger role in conservation. We had a workshop last October, “With everyone from keepers, to groundskeepers, to concessions staff providing their feedback.”  She added,  “There was a very obvious consensus that we wanted to move in this direction of getting more involved in conservation in Hawai‘i.”

For King, this week’s release was the culmination of many years of dedication.  She commented, “This project is a perfect example of how we can use research, public engagement and partnerships to successfully conserve a species, before it’s too late.  We’ve had amazing support so far and look forward to working with any new partners that want to help us recover the pulelehua.”

Additional releases are planned for Sunday at the Maona Cliffs Restoration Area.

From a humble class project eight years ago to Earth Day 2017, the first wild release of an at-risk species, has been an exciting and interesting journey for the pulelehua.  Hawai‘i’s real-life butterfly effect.