Posted on May 4, 2017 in Aquatic Resources, Fishing, News Releases, slider 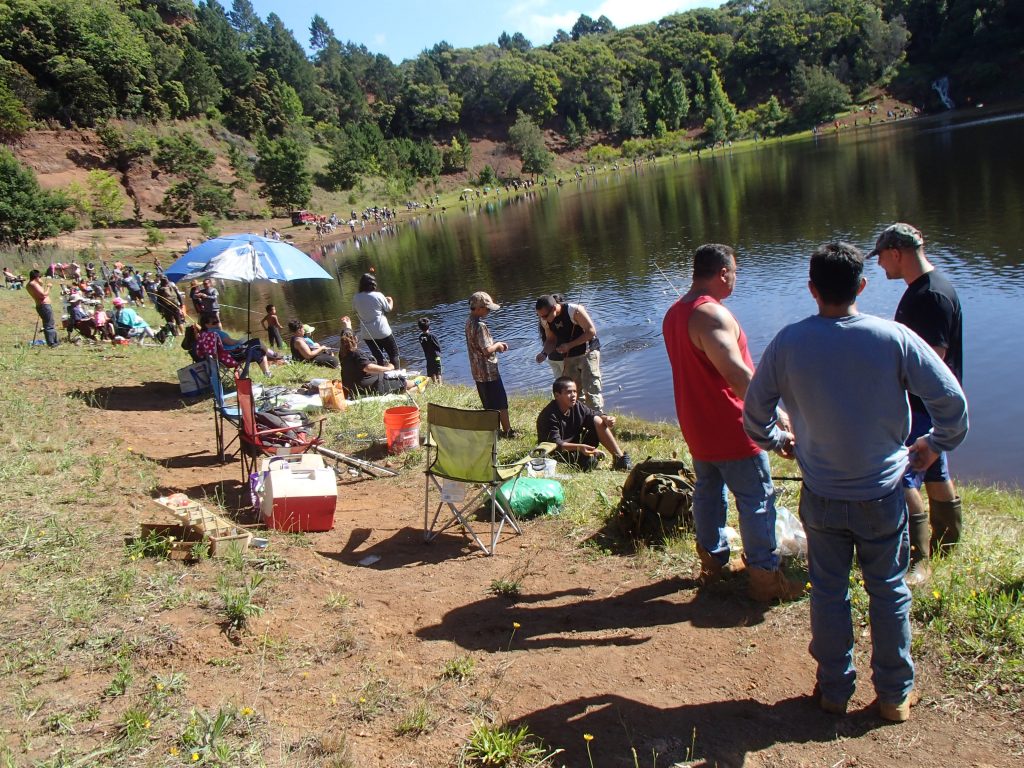 “Rainbow trout fishing in the Koke‘e PFA has been extremely popular for years, not only for Hawai‘i residents, but families from the mainland plan their summer vacations around it, which is good for Kaua‘i’s economy,” said Bruce Anderson, administrator of DLNR’s Division of Aquatic Resources.  “Trout are found in streams and ditch systems throughout the PFA, but fishing success there is poor because stream stocking was discontinued a number of years ago.  Over 95% of the catch is from Pu‘u Lua Reservoir, where anglers will have a chance to catch trout from last year’s stocking.”

Last year, 3,533 anglers caught 22,874 trout with the largest trout caught on July 9, 2016 measuring 21.25 inches in length and weighing 4 pounds, 11 ounces.  Trout fishing is expected to be average this year because only 24,000 young trout were stocked in the reservoir.

Anglers must have a valid State of Hawai‘i freshwater game fishing license.  Licenses may be obtained at DLNR offices, at selected fishing supply stores, license agents, or purchased online at https://freshwater.ehawaii.gov/freshwater/.

IMPORTANT:  The daily bag limit for this year will be six (6) rainbow trout per licensed angler.  Catch-and-release fishing is prohibited; all trout caught must be retained by the angler and count towards their bag limit.  Each angler may fish with only one line, with one single barbed hook (lure or baited).  Use of treble hooks is prohibited.  The launch or use of any vessel or floatable object, motorized, non-motorized, or wind-powered in Pu‘u Reservoir is prohibited.  No camping is permitted in the vicinity of the reservoir, and open fires are strictly prohibited due to risk of fire hazard.  Dogs are prohibited around the reservoir bank for the safety and courtesy of other anglers.

The complete rules on fishing for rainbow trout at Koke‘e PFA can be found on the Division of Aquatic Resources web site https://dlnr.hawaii.gov/dar, or by calling one of the DAR offices listed below.

Anglers are advised that a four-wheel-drive vehicle is recommended for driving to all fishing areas, including Pu‘u Lua reservoir, the streams, and ditch systems.

All anglers are required to check in and out at established check-in stations as follows:

For further information or the current list of license agents, see the DAR web site or call the Division of Aquatic Resources on O‘ahu at 832-5009 or on Kaua‘i at 274-3344.