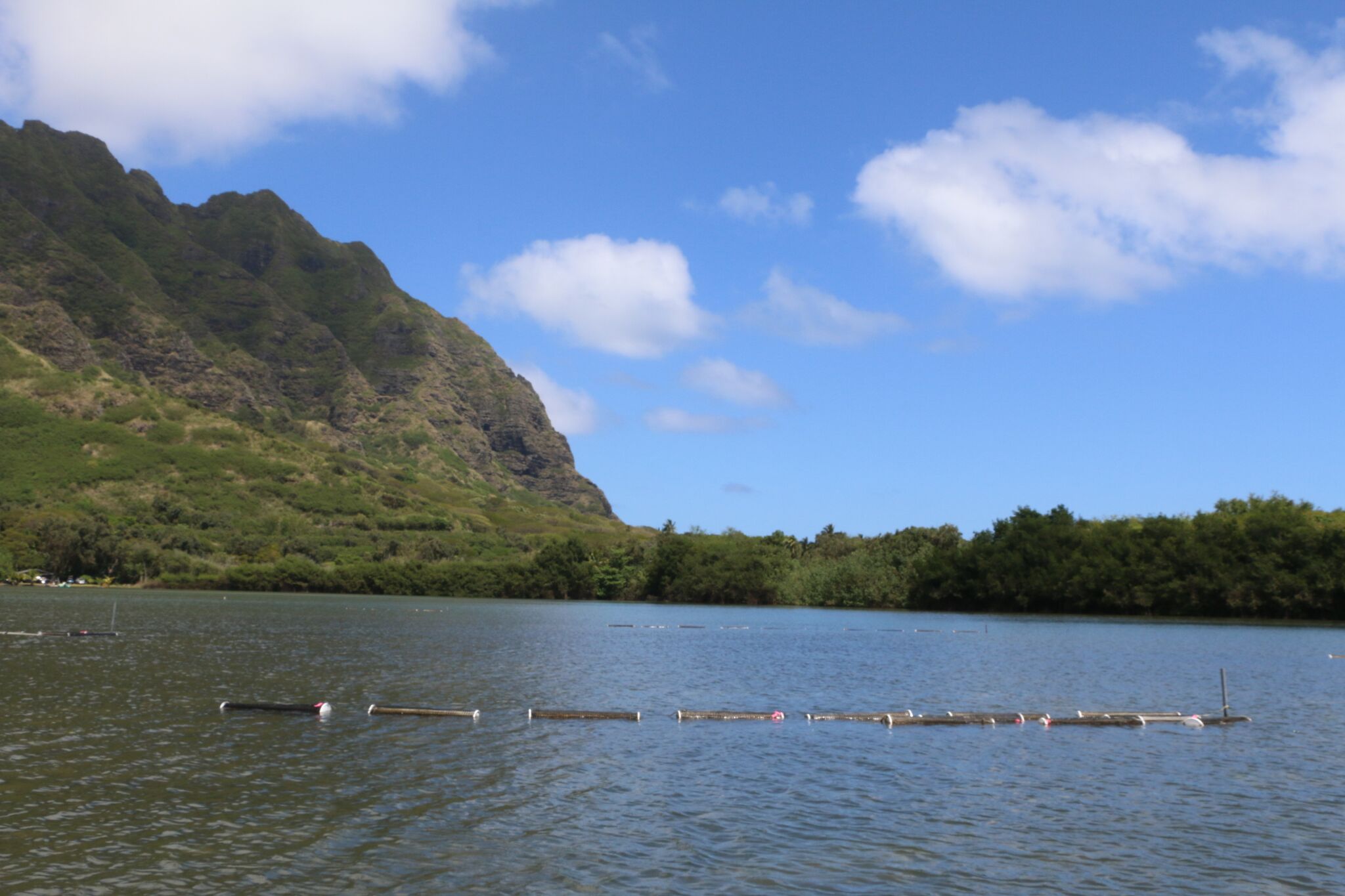 (Honolulu) – Taking a cue from the successful impact of oysters on water quality in places like the East Coast’s Chesapeake Bay, the DLNR Division of Aquatic Resources (DAR) and Kualoa Ranch are conducting a study to see how oysters might positively impact the water of Oahu’s iconic Pearl Harbor.

Pearl Harbor once supported abundant native oyster populations (Pinctada radiada) and an introduced species (Crassostrea virginica) in 1860’s-1920’s. It is the largest natural estuary in Hawai‘i, and historically has been an important fishery and breeding area for many species of fish and other forms of aquatic life, including oysters.  Excessive dredge harvesting during the times of the Hawaiian Monarchy and sediment-laden runoff from changing land-use during the mid-1900’s severely comprised the oyster settlement capability and survival.  Modern day challenges for oyster survival in the bay include the accumulated sediments, petrochemicals and heavy metals.

Commercial production of oysters from Pearl Harbor for consumption is not a goal but oysters can contribute a substantial ecological/revitalization value to their habitat. They remove microorganisms and nutrients from the water column and improve water clarity and light penetration for other species to thrive and help to prevent oxygen depletion. The use of oysters for bioremediation has had a positive impact in Chesapeake Bay and other areas with water quality problems on the U. S. mainland, but has not been evaluated in Pearl Harbor due in part to competing uses.

This project is investigating the use of oysters as a bioremediation tool to improve water quality and to rejuvenate the ecosystem in Pearl Harbor.  It will do this by providing data on water quality, growth rates, and the possible bioaccumulation of various chemicals, such as PCBs, and selected metals in the oyster’s tissue.

Dr. Bruce Anderson, DAR administrator, designed the floating cages that were assembled to support the oysters while they grow.  The U.S. Navy is providing access to this area in the harbor as well as coordination with our operations to afford this opportunity for study, The same cages are used at Moli‘i fish pond at Kualoa Ranch, where Anderson has teamed with ranch owner John Morgan to grow oysters for public consumption.

Anderson said, “The cages are made of coated steel wire mesh with ends consisting of simple plastic bucket covers. Inside each cage is a 4 inch diameter float which keeps it suspended off the bottom where oysters would otherwise be vulnerable to predation by crabs and other creatures.

The suspended grow-out system allows the oysters to grow without contacting the benthic sediments and optimizes the restorative capability of oysters’ natural filtration system.”

The oyster species Crassostrea gigas is being used for the Pearl Harbor project because they have shown good survival and spectacular growth rates in Hawaiian fishponds, 8-10cm in 5-6 months verses 20-30 months in the ocean around the Northwestern Hawaiian Islands.

The project will answer to what degree the waters of Pearl Harbor are able to support the growth of oysters today as a means of improving water quality and restoring the ecosystem in Pearl Harbor.  In addition to measuring oyster growth and survival, DAR will be able to evaluate the feasibility of scaling-up the project for future bioremediation efforts.

“I grew up digging oysters in Pearl Harbor, so I’m eager to see the results of this innovative project. I hope the oysters can help clean up the water in the harbor to create a heathier environment for future generations,” said Gov. David Ige.