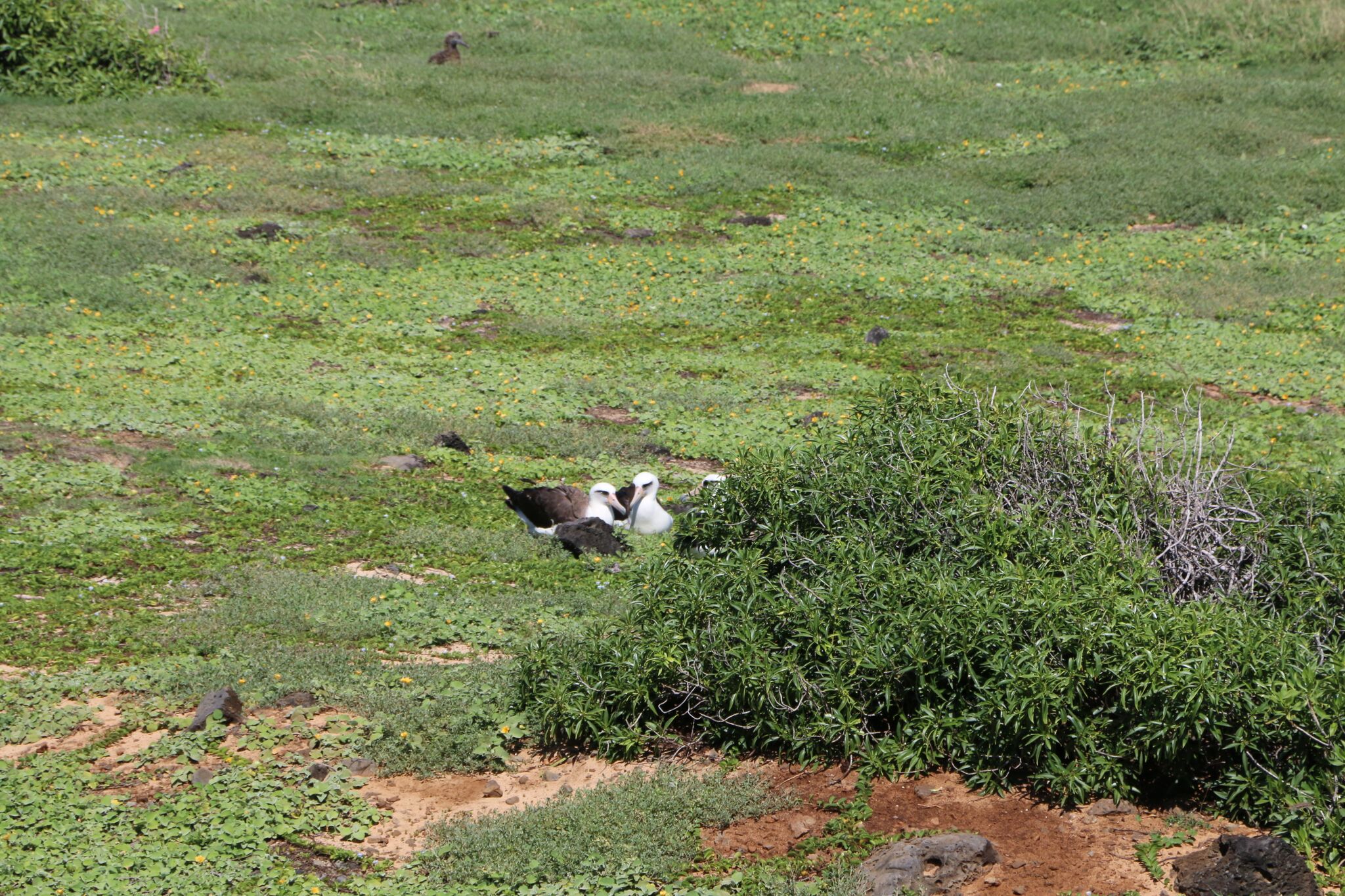 (Honolulu) – DLNR Chair Suzanne Case today, applauded Environmental Court Judge Jeannette Castagnetti for sending a strong message to the community and to one of the men convicted of the brutal killing of albatross at Ka‘ena Point Natural Area Reserve (NAR) on O‘ahu in December 2015.

“The fact that this man will serve jail time and community service recognizes the severity of these killings and the terrible impact it will have for years to come on the albatross breeding colony at Ka‘ena Point,” Case said after the sentencing of Christian Gutierrez.  She added, “Jail time, combined with the fine, sends a very strong message to the community that there is no tolerance for abuse, destruction, or killing of Hawai‘i’s unique and precious wildlife – whether it’s albatross, monk seals, turtles, or anything else.”

Case and Marigold Zoll, the O‘ahu Branch Manager for the DLNR Division of Forestry and Wildlife both presented victim impact statements during today’s sentencing.  Zoll provided background on laws, funding, and on the public values of impacted resources.  She pointed out that the Ka‘ena Point NAR has been under active management for the past 34 years by DLNR, contractors, conservation partners, and a wide variety of dedicated volunteers. Zoll testified, “Unlike wildlife found in other places, albatross are so docile that I would trust my eight-year-old child to wander amongst them without threat of injury. The impact of this crime extends well beyond the 32 animals we know were killed. Based on conservative estimates of lifespan, reproduction rates and fledgling success we estimate we lost 320 animals from the intentional killing of 32 adults and eggs by Gutierrez and his friends.”  Zoll concluded her testimony saying, “The Department considers the killing or taking or protected wildlife to be the most egregious trespass of our laws.”

DLNR is heartened by the tremendous amount of community outrage directed toward the perpetrators of this heartless action and believes that outrage helped inform the judicial system and today’s resulting sentence. Case said, “It showed that most people truly care about our natural resources and that when they are abused or mistreated in any way, they expect us, prosecutors, and the courts to do the right thing. Today a very strong message was sent that these crimes will not be tolerated and will be punished to the fullest extent possible.”

As part of her testimony Case played a DLNR produced video that depicts the work being done with the albatross colony at Ka‘ena Point NAR: https://vimeo.com/218390963