07/25/17 – Despite Rescue, Rehab and Release Pueo Meets Fate of so Many Birds 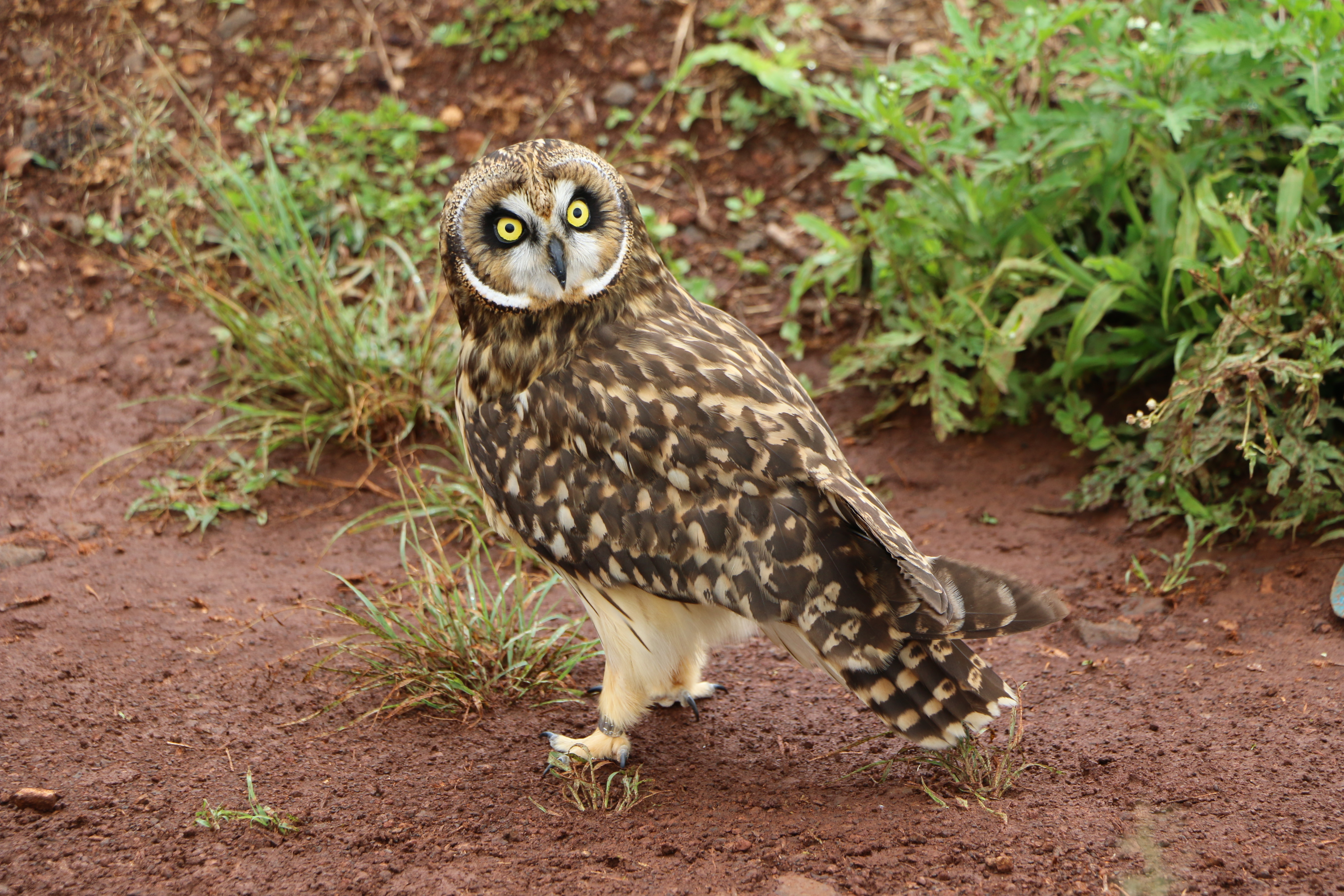 DESPITE RESCUE, REHAB AND RELEASE PUEO MEETS FATE OF SO MANY BIRDS

(Lihue, Kaua‘i) – A young Pueo, or Hawaiian Short-eared Owl, rescued in late March, was killed by a car on the highway between Waimea and Hanapepe two months after it had been released.  The owl was originally spotted on March 22, 2017 by Dr. André Raine of the Kaua‘i Endangered Seabird Recovery Project (KESRP), who found it on the side of the road in Ele ele where it had also been struck by a car.  He took the injured Pueo to the Save our Shearwaters (SOS) facility at the Kaua‘i Humane Society for treatment and rehabilitation.

Raine said, “This is a sad end to a successful rehabilitation story, which involved the hard work of the dedicated staff at SOS and the Hawaii Wildlife Center who were successful in returning this young bird to health and releasing it back into the wild in late April.  Tragically, as with so many of our endangered native birds, the Pueo was struck again by an automobile – this time fatally.  This serves as yet another reminder for all of us who drive on Kauai’s roads, that we need to slow down and be aware of owls, Nene, fledgling seabirds and other birds that may be feeding or flying alongside or near roads and highways.”

Tracy Anderson of SOS, who examined the dead owl, said that the injuries were consistent with being struck by a vehicle. The bird was found 6 miles (as the bird flies) from the release location and was in good body condition which meant that she had been hunting and feeding successfully post-release. Owls are often attracted to roadsides by rats and mice, which in turn are attracted by the easy pickings of food scraps and rubbish discarded by people.  Anderson reminds people, “The act of throwing trash out your car window not only impacts the environment visually, but can have direct and detrimental effects on wild birds like pueo and nene.”

Over the past few months a public education campaign was initiated by DLNR and other partners to encourage people to watch for nene (native Hawaiian goose and Hawai‘i State Bird) alongside roadways.  This included a public service announcement (PSA) that aired repeatedly on Kaua‘i’s cable television system, news releases and videos, and additional roadside signage in areas where nene are frequently spotted.

This is not the only Pueo found dead on the roads – two more dead Pueo were found on the same day as the rehabilitated bird in other parts of the island.

Another Pueo, also likely hurt in a car-bird collision on O‘ahu’s North Shore earlier this year could not be rehabilitated and had to be put to sleep.  An entire family of nene depicted in a DLNR video, resting and feeding near the Hanalei River Bridge on Kaua‘i were also killed by a car.

Raine, Anderson, and others who work with native, wild birds agree that if drivers slow down and pay close attention in areas populated by birds, this will help reduce the number of deadly collisions between birds and cars.