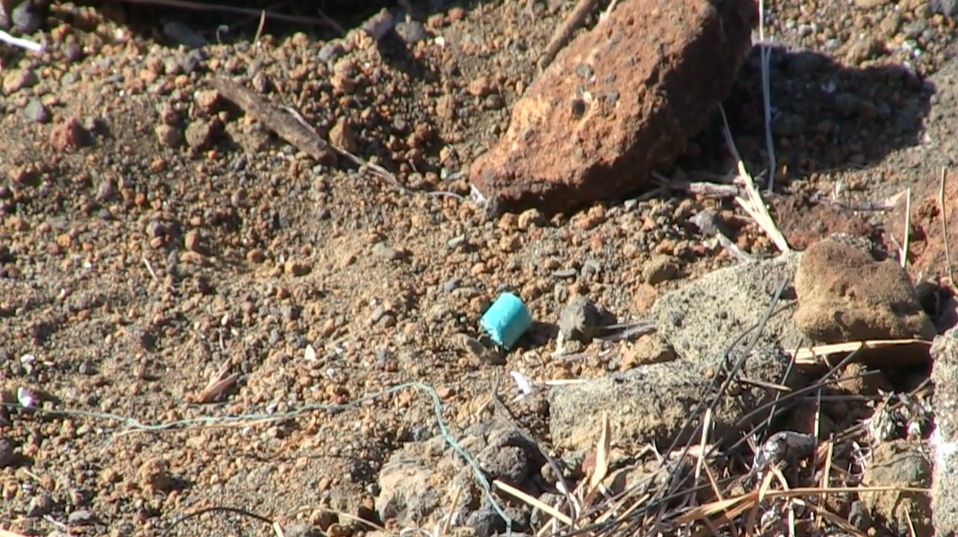 (HONOLULU) – Today, hope reigns for Lehua Island, as an operation commenced to make the island’s threatened wildlife safe from introduced, damaging, invasive rats. DLNR and its partners carried out carefully made plans to remove the invasive rats with support from Native Hawaiian and local communities. Dozens of Federal and State permits affirming that the operation poses very little risk to people, marine mammals, fish, sea turtles, birds, or other wildlife were secured in advance of the operation.

Sheri Mann, Kaua‘i branch manager for the DLNR Division of Forestry and Wildlife (DOFAW) which manages Lehua Island as a State Seabird Sanctuary, said, “Our teams applied the first of three rounds of conservation bait to Lehua Island today by helicopter with supplemental applications by hand. About 99.995 percent of the bait used is comprised of non-toxic, human food-grade ingredients made to attract rats. The remaining fraction is diphacinone, a first-generation anticoagulant rodenticide.”

The project presents little risk to marine life. Consistent with rules and regulations governing rodenticide application, project permits acknowledge and authorize a negligible amount of bait drift into shallow near-shore waters. The permits also acknowledged that this poses little risk to the environment. Lab studies have shown that fish reject bait containing diphacinone. Furthermore, fish are among the least likely animals to be affected by the rodenticide. What little bait drifts into water from the over-land application sinks to the sea floor and degrades quickly.

Hawai‘i Department of Agriculture Chair Scott Enright approved the aerial application permit, necessary for the project to move forward. He observed today’s operation from the helibase on Ni‘ihau and commented, “I am pleased with the planning, preparation and execution of this project to restore Lehua Island. It was carried out very professionally and with the utmost care.”

Diphacinone, being almost insoluble, scarcely dissolves in water and thus most remains in bait pellet fragments on the sea bottom. Diphacinone breaks down quickly in water when exposed to ultraviolet light (e.g. sunlight) —  a likely fate for some drifted bait. Eventually, the rodenticide decomposes into carbon dioxide and water and intermediate compounds in its decomposition process are non-toxic. In hundreds of similar projects, no documented impacts to marine mammals or corals have been documented, and invertebrates are not affected at all as they do not metabolize diphacinone. Thus, regulators concluded that marine life will have little to no exposure to the negligible amount of rodenticide that drifts into the water.

Patty Baiao, Hawai‘i Program Manager for Island Conservation, the NGO partnering with DLNR on the project explained, “Despite the low risk, the operation is using proven strategies to avoid, minimize, and mitigate risks whenever possible. All bait is distributed over land with deflectors in place when baiting adjacent to the shoreline to direct it inland.”

Lehua is one of the largest and most diverse seabird colonies in the main Hawaiian Islands with 17 seabird species and 25 native plants (14 Hawai`i endemics – occurring nowhere else in the world) inhabiting the steep, rocky, windswept slopes of the tiny island. Lehua is an important part of native Hawaiian culture—the Ni‘ihau community gathers ‘opihi (limpets) in adjacent marine waters and on the island are several important native Hawaiian cultural sites.

The invasive rats forage on native plants and seeds, which imperils the entire ecosystem. These impacts can contribute to erosion which can in turn impair near-shore marine and coral ecosystems and fisheries. Native birds like the threatened Newell’s Shearwater are likely being restricted from breeding on Lehua Island due to predation by rats. Smaller, open-nesting seabirds such as terns and noddies are conspicuously absent from Lehua (save small numbers found in sea caves), also a suspected artifact of rat predation. Invasive rats ravage other threatened birds.

DLNR Chair Suzanne Case concluded, “A safe, careful, by-the-book operation, together with the downstream conservation outcomes of this project in coming years, will provide the proof-of-concept the community is seeking for this important conservation intervention”. Two additional applications of rodenticide are planned in the next few weeks depending on weather conditions.