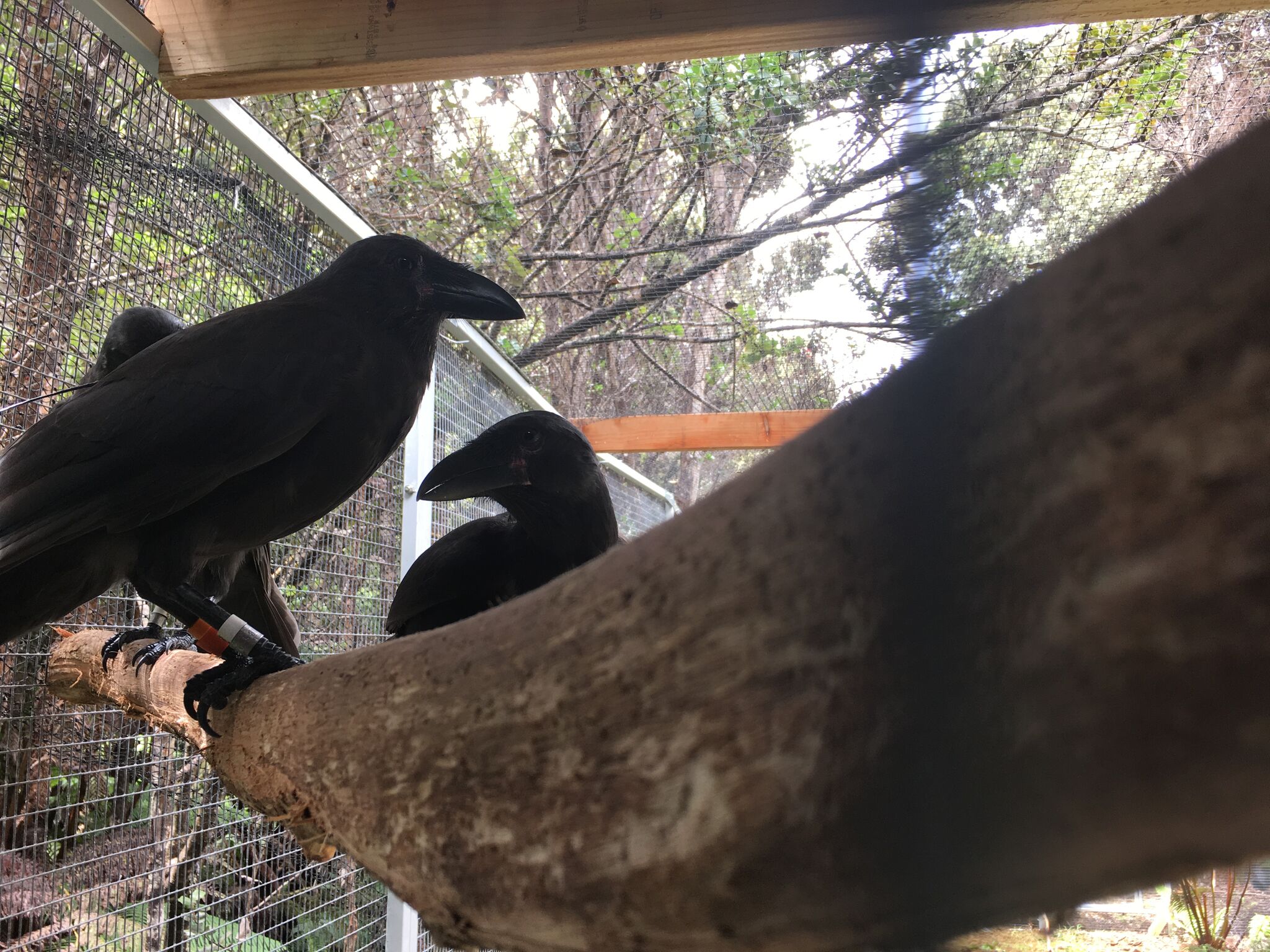 (Hilo, HI) – Six young ‘Alalā—critically endangered Hawaiian crows—were released into Pu‘u Maka‘ala Natural Area Reserve on the Island of Hawai‘i, today. The first group of birds: two females and four males took some time to emerge from the aviary where they had been temporarily housed and they appeared to show a natural curiosity for their surroundings. Plans are to release a second group of five birds: two females and three males in mid-October from the same release aviary.

Previously, in December 2016 a reintroduction attempt was halted after challenges posed by winter storms and predation on ‘Alalā by `Io, (Hawaiian hawk). The concerted reintroduction efforts, funded by the State of Hawai’i Department of Land and Natural Resources (DLNR), San Diego Zoo Global, and U.S. Fish and Wildlife Service have addressed those challenges by changing the timing of release to avoid winter storms, changing the release site location, releasing a social group of both males and females, and enhancing the “antipredator training program” to teach the released birds how to better respond to predators like `Io.  A high mortality rate is associated with releasing species into the wild. This is especially true for species like ‘Alalā that have been in captivity for longer periods of time. A successful conservation breeding program gives managers the flexibility to adapt their management techniques to improve successful transition to the wild. Conservation breeding programs are key tools for recovering threatened and endangered species.

For example, the nēnē, or Hawaiian goose, has returned from the brink of extinction thanks to an intensive breeding program and the dedication of many partners over decades, and this species still requires active management and monitoring. For ‘Alalā, these continued efforts are also essential to the species’ recovery.

“The recovery of the ‘Alalā is an excellent example of partners working together to do something that has never been done before.” said Bryce Masuda, conservation program manager of the Hawai‘i Endangered Bird Conservation Program. “Although bringing the ‘Alalā back from the brink of extinction will take a lot of time and perseverance, many people are dedicated to saving this important species.”

Nine of the 2017 release birds were moved to a flight aviary in early 2017, to allow them to acclimate to the sights and sounds of the Hawaiian forest, and to socialize them with the two males that survived the December 2016 release. They were then transferred to a smaller aviary in the forest two weeks prior to the release. Pu‘u Maka‘ala Natural Area Reserve is an area that conservationists of the Three Mountain Alliance and DLNR have worked for decades to preserve, protecting native plants and species, and it represents a type of high-elevation habitat where ‘Alalā originally lived before their numbers began to decline.

The outcomes of the 2016 release posed great conservation challenges to the members of the ‘Alalā Working Group, the decision-making body of the ‘Alalā Project. The next step to the recovery for ‘Alalā could only be realized through innovative thinking, consultation with outside experts, and extensive revisions to the reintroduction strategy. This was a process that took over six months to complete. “If not for the strength of partnerships in the ‘Alalā Working Group, we would not be able to move forward as efficiently as we have”, said Jackie Gaudioso-Levita, project coordinator of the ‘Alalā Project. In addition to the funding agencies and organizations of the ‘Alalā Project, cooperative partners include Kamehameha Schools, Three Mountain Alliance, U.S. Geological Survey, and the National Park Service.

The ‘Alalā, or Hawaiian crow, has been extinct in the wild since 2002, preserved only at the Keauhou and Maui Bird Conservation Centers managed by San Diego Zoo Global’s Hawai‘i Endangered Bird Conservation Program. With more than 125 individuals of the species at the centers, conservationists are ready to return the birds to their native forests. ‘Alalā are an important part of the life of the Hawaiian forest, as they eat and assist with the dispersal of native plant seeds. The reintroduction of this species, which has been gone from the forest for more than a decade, is expected to play an important part in the overall recovery of the ecosystem. ‘Alalā are not only ecologically significant as dispersers of Hawai’i’s native plants, but they are also significantly revered in Hawaiian culture. At sunrise on the day of the bird’s release, a ceremony was held by members of the ʻAlalā Project to set the intentions for their return to their forest home.

DLNR Chair Suzanne Case commented, “This has been an ongoing learning process for everyone, to get it right for the ‘Alalā to learn the skills they need to survive. The entire project

highlights the benefits of protecting habitat and addressing threats such as predators, disease, and invasive species before populations decline so rapidly that recovery becomes even more challenging.” 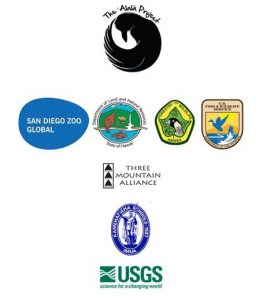